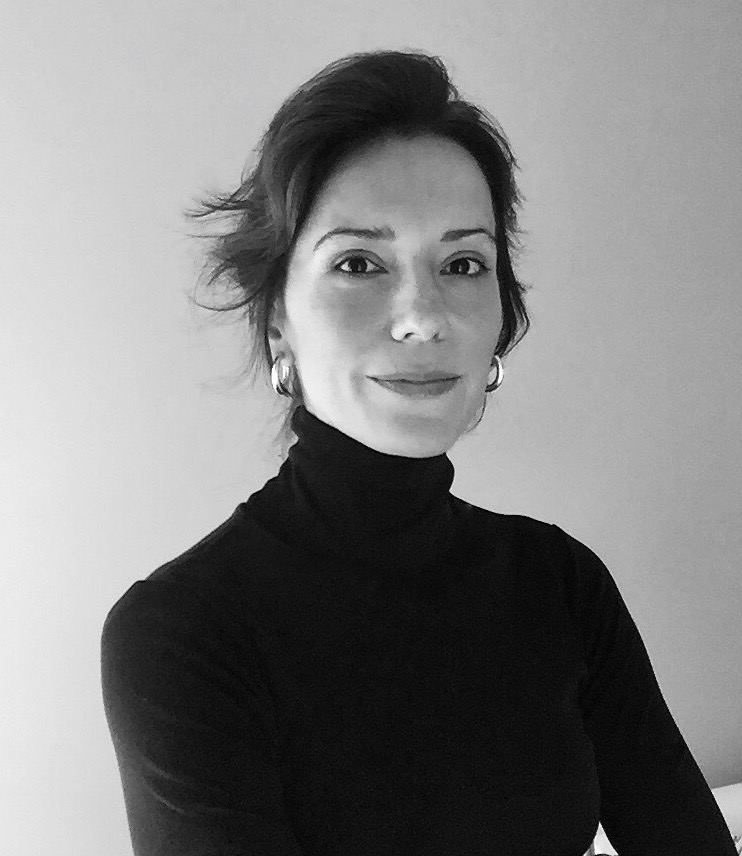 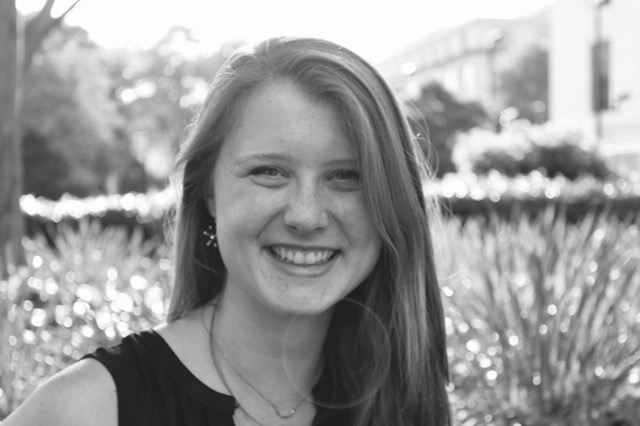 Lauren Bean Buitta is the founder and CEO of Girl Security, and Erin Connolly is the organization’s Associate Director of Programming.

OPINION — In advance of the 20th anniversary of United Nations Security Council (UNSC) Resolution 1325 this October, the United Nations has identified priority areas to “accelerate progress” on the Women, Peace and Security (“WPS”) Agenda. These include “increasing the number of women in uniformed services in peacekeeping missions and national security services.” The inclusion of these priority areas signals an important shift towards recognizing that advancing women in national security services, in addition to peacekeeping operations, is critical to the broader WPS mission. To accomplish the goal of closing the women’s participation gap in uniformed and non-uniformed national security efforts, new policy planning must begin with a conversation with girls as to how they define security.

As COVID-19 continues to test nations, countless essays in recent weeks have posited how the United States and the world will define “security” after the pandemic, with many speculating a shift away from longstanding priorities such as military and defense toward public health. Girls and women have never had the privilege of taking their security for granted. Therefore, the notion that a new construct for security is needed––one that values personal security over “hard” security––is not new thinking for girls and women. A critical and perhaps overdue step is to forge discourse with girls about what security means to them and then advance models to close the gender gap in national security informed by girls’ security priorities.

Historically, security has been defined as defending “bodies, borders, and boundaries.” In countries like the United States, however, that historical approach has become more abstract and cultural. This is evidenced in the 2017 U.S. National Security Strategy, which emphasizes the preservation of the “American way of life” and American influence. Operationally, the United States’ “national security” priorities have resulted in an almost $30 billion increase in Department of Defense topline funding alone over the past 10 years against a backdrop of protracted wars and increased regional instability. As the COVID-19 pandemic is revealing, the means through which security priorities are operationalized by a nation do not necessarily reflect that nation’s most pressing security needs. This is especially true as borders and boundaries recede, in large part due to the impact of technology and globalization on communication, the workforce, and warfare. It has become apparent that security cannot be decoupled from other national priorities such as public health. A more holistic framework is therefore required to transform an approach to national security.

As the United States and the global community reflect on how to reconceptualize “security,” girls’ experiences are highly instructive. A survey from Girls Security of girls age 15-18 has revealed that from childhood through adolescence, girls experience constant fear for their physical security, including the fear of rape, murder, assault, shootings, terrorism, as well as more existential threats, including nuclear attacks or pandemics. As a result, girls develop the ability to prioritize security needs, adapt to changing security situations, and defend against a spectrum of mutating threats. In that same survey, when asked how they make themselves feel secure, girls said they primarily rely on themselves and family and community networks. Empowering girls to self-identify their security priorities within their own lives provides critical self-assurance of their capacity to lead in threatening situations.

Through the lens of personal security, girls with diverse security experiences are then empowered to construct their own understanding of what “national security” means to them. For example, in 2016 Girl Security––our organization––invited a group of high school girls to write a letter to the United States National Security Council outlining their security priorities. We provided no instruction. They wrote: “[w]e are concerned that our nation has forgotten its responsibility to ‘promote the general welfare’ of its citizens as defined in the Preamble to the U.S. Constitution.” They emphasized the growing income gap, lack of access to education, increasing poverty, poor maternal healthcare, and growing civil instability. They concluded with: “[w]hile some may say our generation takes for granted our security, we say we are an untapped resource. Our generation will bear the responsibility of developing solutions to emerging security challenges.” Their words also reflect the security priorities of many of their peers, which include social justice, public health, and climate change.

One Girl Security mentee also wrote: “[n]ational security is a conversation, one that we need to have with young people who have never seen a world without violence and war. My generation cannot change the future of the world if we as a nation are too scared to discuss the issues we face.”

Indeed, in order to effect such change, we must understand how girls perceive the roles women play in security in their families, communities, and countries. If a girl understands that her personal security is affected by a national security threat but neither is engaged in discourse about its impact on her security nor sees women in security roles (and in fact sees only men), she will not see her capacity to secure herself as a girl nor see her capacity to lead as a future decision maker. While women’s leadership during the pandemic has been widely celebrated, highlighting the visibility of women in national security should become common practice by government and industry outside of an acute crisis.

Engaging girls in a security discourse is a critical first step. Ultimately, however, a model to advance girls and young women to leadership positions in national security requires a more coordinated set of initiatives. A pipeline for girls is only effective insofar as society places positive value on the role girls and women play as agents of security. Increasing rates of violent incidents against girls and women, including rape and sexual assault, indicate that society continues to fail to effectively value the security of girls and women. This can be seen with respect to the digital domain, where threats to girls’ security are becoming normalized. Girls are more likely than boys to have disinformation spread about them or receive explicit images online. Young women are also more likely to be threatened with non-consensual sharing of explicit images.

Through programmatic engagement at the local community level, Girl Security has on-boarded over 150 girls ages 15-19 to our mentor network in less than three years. The network seeks to help girls see themselves in national security. More is required to ensure that girls across the globe can actualize their capacity to lead in security as women decision makers, guided by their unique and collective experiences as girls.

We cannot build a pipeline for girls into the national security community if we do not address how the security priorities of a particular nation exclude girls and women. The United States exemplifies this problem. Through a Women, Peace and Security Strategy, the United States has broadened its conceptual framework of global security to be more inclusive of women’s participation in peace and security. But the United States is failing to advance women’s participation in national security services at home. As a recent essay in Foreign Policy reveals, women have not exceeded 40% of senior positions at the Department of State and an estimated 20% at the Department of Defense. While more women are serving in the military, reported rates of sexual assault in the military rose approximately 40% between 2016 and 2018.

Closing the gender gap in national security—both in uniformed and non-uniformed positions—and ensuring more girls have the capacity to become women decision-makers requires a transformation in policy, education, training, and advocacy. First, girls around the world must be engaged in security discourse as part of their education. Adults need to recognize girls’ potential contributions. Cultivating more understanding of girls’ security perceptions through educational engagement must inform any efforts to support girls’ advancement to careers in national security services and related fields.

Second, girls require specialized programmatic training. Women in national security who have to learn new skill sets as adults are often learning them in unwelcoming and sometimes hostile environments. Ensuring girls have the opportunity to develop skill sets to empower them for eventual leadership requires learning in a positive and safe environment.

Next, girls require mentoring, sponsorship, and advocacy. Studies show that in professions where women remain underrepresented, mentoring is a critical component of advancement. In addition, lack of mentorship is also cited as a significant career barrier. However, mentoring in national security is not alone sufficient to shift the cultural tide nor dispel existing societal notions of the roles girls and women play in security. Sponsorship, or the intentional creation of opportunities to foster leadership, is also required.

The experiences of girls demand that we adjust our approach to security to reflect their collective security experiences. They serve as agents of their security every day and already identify security priorities that the broader national security community is only now acknowledging. Additionally, we must build a pipeline for girls in national security that offers the support and training needed to equip them for eventual leadership. We must also build a supportive community for girls and women in security to confront the persistent societal and institutional impediments to advancement. Lastly, models designed to increase the number of women in national security must become as deeply rooted and systemic as the discrimination that has resulted in women’s exclusion.

This piece was first published by the Center for Ethics and the Rule of Law (CERL) at UPenn.

The Author is Lauren Buitta

Lauren is founder and CEO of Girl Security. Lauren began her career in national security in 2003 as a policy analyst and managing editor with the 25-year old Chicago-based national security think tank, the National Strategy Forum. During this time, Lauren conducted analysis on wide-ranging national and global security issues including domestic terrorism, transnational threats, and cybersecurity. Following her work with the National Strategy Forum and while completing her law degree, Lauren... Read More

The Coauthor is Erin Connolly

Erin Connolly is the associate program director for Girl Security and a fellow at the Center for Arms Control and Non-Proliferation, where she previously worked as a research assistant. She has created modules for high school girls on topics such as ethics, nuclear nonproliferation, and nuclear security. Working at the nexus of policy and public engagement, she connects education, national security, and personal security to cultivate the next generation of innovative policy leaders. Erin has... Read More