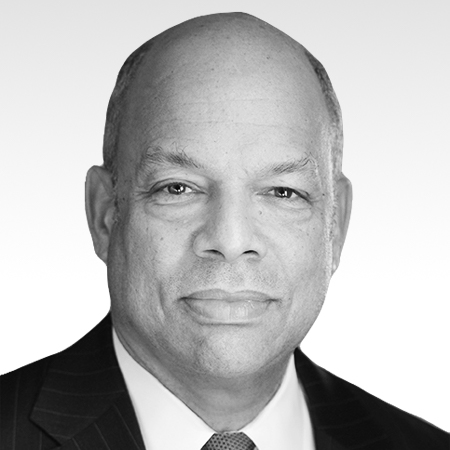 Election security, the migration of people toward the U.S.’ southern border and taking a lead on the public-private critical intersection of cyber security are just a few of the pressing issues facing the Department of Homeland Security.

DHS Secretary Kirsten Nielsen expressed confidence going into the mid-term election, calling it “the most secure election we’ve ever had”.  At the same time, she’s dealing with the highly controversial issue of people moving toward the U.S.’ southern border and has the ongoing task of encouraging more private sector cooperation when it comes to cyber defense that impacts the nation as a whole. None of these issues are new to DHS.  In fact, with many of them, we’ve been here, or somewhere similar, before.

The Cipher Brief’s Todd Rosenblum talked with former DHS Secretary Jeh Johnson as part of The Homeland’s series of interviews with former Secretaries on what DHS has learned from past experiences.

The Author is Jeh Johnson

Jeh Johnson is a partner with the law firm of Paul, Weiss, Rifkind, Wharton & Garrison LLP. and the former U.S. Secretary of Homeland Security (2013-2017). Prior to that, Johnson was General Counsel of the Department of Defense (2009-2012), General Counsel of the Department of the Air Force (1998-2001), and an Assistant United States Attorney for the Southern District of New York (1989-1991). Johnson is a Fellow in the American College of Trial Lawyers and a member of the Council on Foreign... Read More