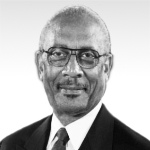 Francis X. TaylorFormer Under Secretary for Intelligence and Analysis, DHS

Department of Homeland Security Secretary Kirstjen Nielsen recently traveled from Washington D.C. to New York with her senior team in tow, to announce the creation of the National Risk Management Center.  It is intended to be DHS’ tip of the spear when it comes to information sharing between the public and private sectors about emerging and sometimes urgent, cyber security threats.

In an opinion piece posted on CNBC, Nielsen said that the U.S. is not “connecting the dots” quickly enough and said “Between government and the private sector, we have the data needed to disrupt, prevent and mitigate cyberattacks.  But we aren’t sharing fast enough or collaborating deeply enough to keep cyberattacks from spreading or to prevent them in the first place.”

As DHS takes on a new collective defense strategy by putting a premium on public-private information sharing efforts, The Cipher Brief wanted to know a little more about how DHS itself stores and accesses the vast amounts of data it holds.

Francis Taylor served as DHS’ Under Secretary for Intelligence and Analysis during President Obama’s second term.  One of his priorities was to figure out how DHS could better use data technology tools to increase its operational effectiveness.  It was an issue that he also had to tackle during his time in the private sector, where he worked as Vice President and Chief Security Officer for General Electric.

Taylor shared his insights with The Cipher Brief, offering a better understanding of the current efforts within DHS to strengthen its capacities, especially at the enterprise level.  We also wanted him to explain what makes integration such a vexing task.

The Cipher Brief: Can you give us some strategic context around data analysis and integration?

Taylor:  Data analysis and integration is critical to how we protect our country and our border. After 9/11 the discussion was about “connecting the dots.” Today there are trillions of dots of information that are available to help us understand what individual, organization or nation- state represent a threat to our people, our country and way of life. Much of that information comes from around the world and allows us to push our analysis beyond our border to regions across the globe. Not only must DHS integrate the data that it collects in the performance of its mission, it must integrate that data with other data from open source, our international partners, and the intelligence and law enforcement communities to have a full picture of the threats we face.

The Cipher Brief:What kinds of data does DHS collect and store?

Taylor: DHS is the third largest department of our government.  DHS components comprise the largest number of federal law enforcement officers in our government and the department conducts its law enforcement mission worldwide.  It interacts daily (and collects information on) U.S. citizens, foreign nationals and U.S. and foreign businesses applying for benefits from the U.S. Government.  DHS also collects data in conjunction with its law enforcement and security missions enforcing U.S. immigration and trade security regimes, immigration violations, citizenship, refugee and asylum applications, and trusted traveler programs.  DHS stores all of this data in more than 900 unconnected databases and the information is kept in silos that are then accessed by the components to perform daily missions. Many of these databases were created long before DHS was established in 2003 and contain old technology that make it difficult to update and integrate.

The Cipher Brief:  How does the issue of data overload negatively impact DHS’ mission to protect the country?

Taylor: I believe that DHS has all the information it needs to proactively defend our country, but the information that is collected is not available to the operators for data analytics that would improve their understanding of threats to our homeland.  The amount of valuable intelligence sitting in DHS data systems is staggering and would be invaluable to DHS and the rest of the U.S. government if it was better analyzed and shared with the appropriate stakeholders.

The Cipher Brief:What is the DHS Information Sharing Enterprise and how does the National Vetting Center (NVC) support the overall mission?

Taylor: The DHS Information sharing enterprise is embodied in the DHS Information Sharing and Safeguarding Governance Board (ISSGB) which is chaired by the DHS Chief Information Officer and the DHS Under Secretary for Intelligence and Analysis. All of the components of the Department are represented on the ISSGB. Unfortunately though, the ISSGB has been largely ineffective in moving the needle within the Department to improve information sharing across the enterprise.  DHS component elements generally do not see value in integrating information across the enterprise.  And there is little incentive to change this paradigm, absent dedicated funding for the enterprise and a clear prioritization of this integration from the Department’s leadership.

The NSC established the National Vetting Center (NVC) in DHS to serve as a focal point for all USG vetting to support travel and border security. It is a logical enhancement to CBP’s National Targeting Center (NTC) that has developed and deployed significant capability in data analytics and integration that improves our understanding of threats to our travel and trade activities as well as our border. NVC envisions building on the NTC foundation to develop even more sophisticated tools and processes to vet individuals applying for benefits within our country.  As the Obama administration was transitioning, former DHS Secretary Jeh Johnson asked all senior staff what we would have done differently, based on what we had learned during our time at the helm.  My answer was that we should have moved ALL vetting for benefits administered by the Department to the National Targeting Center as a government-wide shared service.  My rationale was simple, the Secretary of DHS is the one official in our government that has the final say over who is allowed into our country, but the Secretary does not own the process to ensure that the vetting is effective and continues to improve.  I believe the NVC begins that process and will significantly improve how we make decisions across our government on applications for benefits.

The Cipher Brief: What is the state of DHS data integration and information sharing (i.e. HSIN)?

Taylor: The DHS Data Framework is a joint endeavor by the DHS CIO and Under Secretary for Intelligence and Analysis to build a data lake with the top 20 databases essential to the Department’s vetting and assessment mission. I understand the momentum of the data framework has slowed significantly. I also understand that CBP is driving the data framework as the next level of improvement in information sharing but that DHS headquarters support for initiative is lacking.

The Homeland Security Information Network (HSIN) continues to be the most effective system for DHS to communicate with its state, local, tribal, territorial and private sector partners. But it has real shortcomings.  It needs continued investment to make it more a data sharing platform and not just a communication platform.  HSIN does not allow for data searching and online queries.  This needs to change if the system is to continue to be valuable to DHS stakeholders at every level.

The Cipher Brief:Why is creating DHS-wide searchable data stores so difficult for the Department? Would DHS benefit from a data integration acquisition and standards czar?

Taylor: Most law enforcement organizations are organized to pursue investigating and interdicting wrong doers.  It is the most important aspect of the mission, and I share focus on these priorities.  However, the absence of an integrated data system denies DHS components and others the ability to fully exploitat the information stored in Department systems.  This is inefficient. The lack of an integration function at the headquarters-level makes fixing this shortcoming harder.  The original vision for the Department was to have little centralized-control of operations and to keep operational power within the components.  Each DHS component approaches its missions from its own narrow organizational mission perspective. The components have built processes and procedures from their individual operational perspectives and not from the perspective of how these procedures can be more effectively integrated to meet the collective mission of the Department.  Add to this the fact that budgeting and oversight of the Department is controlled by more than 80 Congressional oversight committees and you can imagine the dysfunction and disincentive to collaborate.

The Cipher Brief: Finally, how do blockchain, advanced encryption or other types of algorithms increase the likelihood of safe data sharing across the DHS Information Sharing Enterprise?

Taylor:  All of the new information analysis technologies will greatly improve information sharing in the Department. Some of this technology is already in use in some of the components; yet it is not systematic and does not optimize the use of these technologies.

The Author is Francis X. Taylor

Francis X. Taylor is the former Under Secretary for Intelligence and Analysis at the U.S. Department of Homeland Security. In that role, he provided the Secretary, DHS senior leadership, the DHS components, and state, local, tribal and private sector partners with the homeland security intelligence and information they need to keep the country safe, secure and resilient. I&A is a member of, and the Department’s liaison to, the National Intelligence Community. Prior to his assignment at... Read More