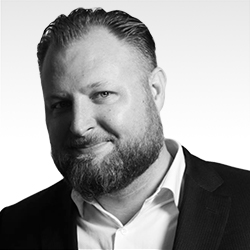 From wildfires to terrorist plots, to the arrest of individuals with IEDs, the State of California is constantly under threat.  With more than 38 million residents (equaling roughly 12 percent of the nation’s population), it is the most populous state in the U.S.  California manages the threat preparedness and response via the California State Threat Assessment Center (STAC), which is a part of the Governor’s Office of Emergency Services.

The STAC is the primary fusion center for the State and in 2018, California Governor Jerry Brown appointed Eli Owen to run it.  Owen manages the day-to-day operations, which is no small task given California’s vulnerability to earthquakes, floods, wildfires, public health emergencies, the impact of prolonged drought, cybersecurity attacks, terrorism, home-grown violent extremism, human trafficking and foreign intelligence collection operations.

California is also the home of Silicon Valley, at a time when tech and bot the use and misuse of tech, has a greater impact on security than at any other time in history.

You get the (big) picture.

Owen took on the task after spending more than eight years at the CIA, where he worked counterterrorism and cybersecurity issues. The Cipher Brief talked with him to talk about the challenges he’s facing and how the State of California is sharing lessons learned when it comes to protecting the homeland.

The Author is Eli Owen

In 2018, Eli Owen was appointed by California Governor Jerry Brown as Commander of the California State Threat Assessment Center (STAC) in the Governor’s Office of Emergency Services (Cal OES). The STAC is the primary fusion center for the State of California as recognized by the Governor and DHS. Mr. Owen manages the day-to-day operations of the Center’s activities and also serves as a top security advisor to the Director of Cal OES, who is the Governor’s Homeland Security Advisor.... Read More