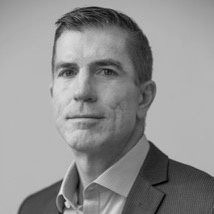 Sometimes we’re the threat, whether to ourselves or others, without even realizing it. Insider threats trace back to humans, thus, it’s at our own peril that we ignore the lessons of psychology when building our threat mitigation program. This is especially the case in an era of mass shootings, and as we collectively begin to include workplace violence – against self and others – as an important part of insider threat programming.

I went through my own realization of this that helped me pull back from the literal brink, thanks to one of my own team who had the guts to point out that I was endangering myself with risk-taking behavior to cope with my stress at work. That’s the same courage that’s needed to reach out to a coworker whose behavior changes – shorter temper, depressed mood, withdrawal from friends – all things that can be warning signs that they are vulnerable not just to malign outside forces, but to damage from their own dark thoughts.

This story starts back in 2009, with an incident that became one in a pattern of my own adrenaline-seeking behavior. It was a bad motorcycle accident overseas one weekend evening, netting me a broken hand, a torn ACL and a large patch of missing skin on one leg. (I even managed to keep the cause of my injury under wraps – sorry, Boss – until someone in the medical unit spoke too freely.)

Proving that “denial is not just a river in Egypt,” I got patched up and just kept going. I continued to paper over my stress with adventure sports, each more extreme than the next, justifying them as responsible and societally acceptable ways of dealing with the building pressures of my work and home life.

In December 2015, I fell a great distance while rock climbing on a remote island southern Thailand’s Andaman Sea. Alone. With no equipment. No harness. No helmet. Not even a shirt. As I lay there bleeding on a pile of sharp rocks, with multiple broken bones and face-to-face with some type of 6-foot indigenous lizard whose resting area I had fallen into, I still didn’t really take stock; I suppose I didn’t have time to. Alone, I had to drag myself further up into the rocky crag and out to a ledge, then somehow rappel down the rock face with a frayed, but perfectly placed rope that someone had miraculously left behind. I then swam – very slowly and painfully – back to shore and sought help from travel mates who didn’t share my interest in living on the edge, but were rather enjoying their time at the nearby resort’s pool. I tried desperately to downplay my injuries in efforts to avoid criticism and derision. However, putting clothes on over my injuries to hide them proved futile when blood quickly soaked through to reveal something rather extreme happening underneath.

After an eight-month recovery but perhaps not enough soul searching, I hatched a plan for a solo glacier hike in Iceland in March 2017. After all, I was preparing for that dream Mt. Everest climb that all adventure junkies aspire to. Promising myself and others that this time would be different, I loaded up on equipment. Satellite tracking beacon. Crampons. Winter weather gear. Hiking poles. Iceland in winter is as dangerous as it is hauntingly beautiful. Weather conditions can change in an instant, with winds commonly surpassing 100 mph and snow quickly burying everything in its soft-yet-frigid embrace. Preparation is the key to survival.

After a two-day drive in blizzard-like conditions to Iceland’s northernmost glacier, Drangajokull, I prepared to set out on the glacier hike in crisp early morning air with “light” 25-mph winds and a touch of falling snow. Something was nagging at me, however. It wasn’t just my friend’s concerned tone on the phone the day before, when I called to tell him I was switching my satellite tracking beacon from transmissions twice-a-day to once every fifteen minutes in preparation for the hike. It wasn’t even my own voice as I prepared in my head a talk on resilience that I was planning to give to CIA officers back home, a talk that included the advice to “always treat yourself as well as you’d treat a best friend.” (Would I seriously allow my best friend to do this solo glacier hike without objecting?)

Rather, the voice I heard was that of an employee who had sought me out at work very late on the Friday evening before I left for Iceland. I sensed she had something important to discuss, given the late hour as most of the building had already emptied out for the weekend. Hesitating but eventually coming out with it, she said, “Boss, please don’t do the solo glacier hike. After your fall in Thailand, none of us think you’re going to come back from Iceland alive.” I looked at her incredulous. She said that she wasn’t alone in this worry but that many officers were talking about it, much to my surprise and dismay.

At that moment standing in front of Drangajokull ready to navigate alone around the deep glacier crevices from which one would not likely emerge if one slipped inside, it was her voice, quiet but insistent, that came to me. The proverbial lightbulb went off as I realized that I was on a path toward suicide, subconscious but real nevertheless, taking risks whose inevitable outcome would be my own demise if I remained on my current trajectory. How was that outcome any less valid a suicide than the one my own wife had succumbed to several years earlier? I literally ran back to my car before I could change my mind, tires peeling out and kicking up snow as the glacier faded in the distance. Over the next hour the winds and snow built to blizzard like conditions as I finally reincorporated onto Iceland’s ring road and relative safety.

The point is this. It’s only by being approachable and by creating an environment of trust at work that we’re able, or willing, to place a mirror in front ourselves or others from time to time for an important moment of self-reflection. Without that trust, a threat mitigation program can go only so far; with it, difficult conversations become manageable and we’re open enough to allow the possibility that someone else might be observing a behavior that requires modification.

“Insider Trust” might just save your life or someone else’s. In hindsight, without a shred of doubt, it saved mine.

The Author is Karl Wagner

Karl Wagner spent 29 years at the CIA, serving in his last position as chief of Counter-Intelligence Operations, where he advocated for inclusion of resiliency efforts into CIA’s Insider Threat Program. Karl served as a senior leader in the Directorate of Operations, with tours in Latin America, East and South Asia, the Mideast and North Africa. He is on the Insider Threat Subcommittee of the Intelligence and National Security Alliance, and is involved in non-profit work in the veterans... Read More