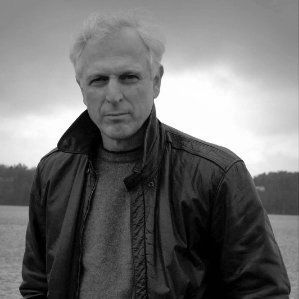 Son Sen was the Khmer Rouge’s Heinrich Himmler, in charge of carrying out Cambodia’s own holocaust that killed up to two million in the 1970s. As U.S. representative at UN-led negotiations, I observed Son Sen closely over a year’s time across a negotiating table during deliberations of the Supreme National Council, the UN-sponsored body tasked with bringing about peace and a new government in the early 1990s. We had a “no contact” policy with the heinous Khmer Rouge; meaning no handshakes, no direct discussions.

Son Sen dressed to the nines in crisp silk suits and lustrously polished shoes. He could have passed for a gruff Southeast Asian businessman. His face was locked in a permanent sneer and his eyes were cold. In the cables I sent back to Washington, I described Son Sen and his murderous cohorts in detail, right down to how he had a penchant for picking apart and crushing the fancy hors d’ouevres served to us at the Royal Palace where the meetings took place. He got his comeuppance a few years later when the Khmer Rouge leader, Pol Pot, had him and 13 members of his family shot and their bodies crushed to bits with a truck.

After I completed my assignment, I unexpectedly received kudos from analysts in the intelligence community. They pointed out how much the atmospherics I described in my reporting helped them put together their analyses.

Diplomatic and intelligence reporting work hand-in-hand. Put together, they flesh out a fulsome picture of events, players, and issues. When one component is lagging or missing, the other suffers. When policymakers ignore one or both, they are flying blind.

One noteworthy fallout of the WikiLeaks publication of State Department cables, leaked by Chelsea Manning, was the compliments about diplomatic reporting from journalists, academics, and others. The New York Times noted, “curious diplomats can turn out to be accomplished reporters, sending vivid dispatches to deepen the government’s understanding of exotic places,” and “the drama in the cables often comes from diplomats’ narratives of meetings with foreign figures, games of diplomatic poker in which each side is sizing up the other and neither is showing all its cards.”

“An intelligence picture is a fabric made up of many pieces,” said former senior CIA Clandestine Service officer [and The Cipher Brief expert], John Sipher. “The intelligence report is only a piece – the piece that could not be acquired in any other means than to steal it. Intelligence should provide the missing pieces and add value to an already existing picture. We simply cannot really understand the thinking of foreign actors from a few stolen reports. Instead, we need the on-the-street, common sense, atmospherics, reports of conversations with officials, thinkers. The occasional intelligence report by itself cannot provide the level of information that can allow a president to gauge the decision-making of a foreign leader.”

In the same vein, a senior Foreign Service officer said, “It’s infuriating that even after WikiLeaks, the ‘thinking’ world and journalists in general, to say nothing of politicians, don’t understand that our stuff is America’s true bedrock intelligence.”

Unfortunately, many policymakers equate secrecy and sensitivity with importance. Practitioners know that the value of intelligence is the marrying of open source information with reporting and data collection obtained through spying. The success of U.S. intelligence is the layering of SIGINT [signals intelligence], HUMINT [human intelligence], overhead imagery, open source, and other data, with diplomatic reporting. All are necessary. One without the other yields an incomplete picture.

It is no surprise that the places where the U.S. has had intelligence and diplomatic failures over the years are places where it had no diplomatic representation – hence no diplomatic reporting and the kind of on-the-ground knowledge necessary to make informed decisions. Iraq [between 1990-2003], Iran, and North Korea are notable examples.

State’s focus became distracted during the Obama years. Larding the department’s bureaucracy with some 50 special envoys and the like, and placing greater emphasis on niche issues led to an atomization of mission at the cost of traditional diplomacy and reporting. The Trump administration’s failure to fully staff State and its proposed slashing of its budget by almost a third will further undercut diplomatic reporting. The CIA and other intelligence agencies cannot be expected to fill the void.

Clandestine collection is the wrong tool for basic political reporting. It is far better to collect information without having to obtain it through espionage. Intelligence officers gather highly specific information covertly, often paying for it. Their mission is not omnibus open source reporting as Foreign Service officers do.

Congress appears to appreciate better than the current White House the importance of maintaining a fully functioning State Department, not only in providing essential services for Americans living and working overseas, but also for diplomats’ insights and analyses for policymakers. Moreover, President Trump’s puzzling attacks on the intelligence community have the potential to degrade its mission as well. “Democracy dies in darkness” pertains not only to press freedom, but also a fully informed political leadership. And to be fully informed requires robust diplomatic and intelligence reporting.

The Author is James Bruno

James Bruno was a Foreign Service officer with the U.S. Department of State for 23 years. He previously served in military intelligence. His assignments included Cuba, Guantanamo Navel Base, Pakistan/Afghanistan, Vietnam, Cambodia, and Washington DC. He was centrally involved in UN sponsored peace negotiations on Afghanistan and Cambodia.