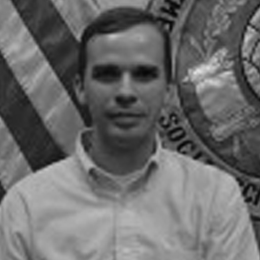 In the middle of the night on May 17th, 2015, United States military forces entered Syria to capture Abu Sayyaf, a key Islamic State leader involved in the group’s financial and hostage-taking operations. As noted by named and unnamed U.S. government officials, the raid, which resulted in the death of Sayyaf and the capture of his wife, yielded a “treasure trove” of information regarding the organization’s operations.

In other words, despite the successful tactical operations carried out based on information obtained during the raid, the U.S. government missed a chance to strike a strategic messaging blow against the Islamic State. How could such a blow have been struck? By leveraging some of the captured documents in a coordinated and timely campaign to expose the less flattering aspects of the Islamic State. In the time since the raid, this missed opportunity has only grown more apparent.

Four months after the raid, the U.S. government released information regarding the Islamic State’s antiquities smuggling operation. A few months later, it released information on religious opinions authorizing organ harvesting, the rape of slaves (provided it was done in a manner that “show[ed] compassion” and did “not humiliate her”), and the distribution of war spoils to fighters (a poor substitute for food and money). Finally, nearly a year after the raid, documents from the raid shown to the Wall Street Journal revealed that the Islamic State, an organization that had claimed “animosity towards the world order and jihād against it wherever such is possible” (Dabiq 10), was making financially lucrative deals with the Syrian regime, which in turn used the Islamic State’s oil to power vehicles that continued to attack Syrian men, women, and children. The Islamic State working with the Syrian regime: such a revelation might take the wind out of the sails of a few perspective fighters.

Nevertheless, despite what these documents have shown, the U.S. government has been reluctant (or slow) in leveraging the research and public relations value of captured documents from raids on high-value targets. And when it has released them, it has done so in an uncoordinated and untimely manner. None of these public releases referenced the others. A couple of releases even came on Christmas Day or the day after, when they were sure to garner little media attention. In short, despite some efforts to help leverage broader value of captured battlefield documents (one at the Combating Terrorism Center at West Point and the other at the recently closed Conflict Records Research Center at the National Defense University), the U.S. government continues to withhold potent ammunition in the war of ideas. In short, we have a bad habit of ceding this battlefield of media and public relations to our enemies.

Critics usually cite three reasons against releasing these kinds of documents. First, they argue that releasing these documents is dangerous if doing so comprises U.S. intelligence sources or methods, such as technical capabilities or human assets within a hostile organization. This argument is weak in the case of documents captured during raids against the likes of Osama bin Laden or Abu Sayyaf. There is no secret in how the information was obtained. U.S. military forces, acting on orders from the President, raided the respective compounds, engaged the enemy, and captured the documents.

Second, critics argue that releasing captured battlefield documents might damage our image or that of our partners by revealing unsavory practices or alliances. For example, despite a large number of open-source accusations regarding Pakistan’s relationship with al Qaeda and its knowledge of Bin Ladin’s location inside Pakistan, some have alleged that withholding certain documents from the Abbottabad raid is being done in an effort not to embarrass Pakistan with what the documents might reveal. Perhaps similar concerns apply to the Abu Sayyaf documents. The flaw in this critique is that it throws the proverbial baby out with the bathwater. If there were such documents, they are likely a very small fraction of the overall haul. Many documents could still be released even if those few remained classified.

The third reason against releasing captured documents is they compromise ongoing investigations or future operations. This concern also tends to be overblown. Many captured documents, especially those that expose the strategic and organizational weaknesses of these terrorist groups, do not contain such granular information. What is more, if the use of such documents dissuades fence sitters or sympathizers from actually joining, fewer investigations and operations may be needed.

Unfortunately, whatever the reason, these documents were not part of a systematic campaign to, at the very least, wipe away part of the luster off of the Islamic State and potentially give pause to potential supporters. When they were released months after the fact, they came out in a haphazard and uncoordinated manner that drastically reduced their full potential.

To be clear, I am under no illusion that the U.S. government can easily win the war of ideas against radical organizations like the Islamic State. The “ideas war” must by fought by a variety of state and non-state actors, many of whom are outside the U.S. government’s ability to control. That said, even if we cannot win the entire war, I am convinced that we can win some of the battles. However, doing so will take a willingness to be creative and accept more risk, especially when our enemies provide the rhetorical ammunition for us.

The Islamic State is reliant on the powerful and pious image it has cultivated in the eyes of its supporters, yet the group produces documents that would damage this image and highlight its own hypocrisy. However, by not releasing these documents, we are indirectly perpetuating the Islamic State’s Potemkin village fantasy.

The views expressed in this piece are those of the author and not of the U.S. Military Academy, the Department of the Army, or any other agency of the U.S. Government.

The Author is Daniel Milton

Daniel Milton is the Director of Research at the Combating Terrorism Center at the United States Military Academy. He has taught classes on terrorism at four different universities and has published various articles and reports on terrorism and the Islamic State, including a recent effort that examined records of Islamic State foreign fighters. 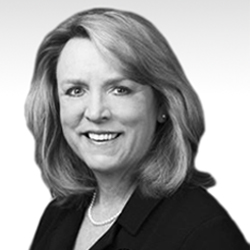