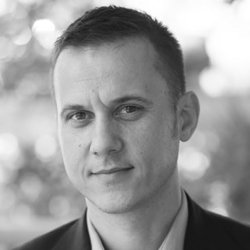 Ledio CakajAuthor, "When the Walking Defeats You: One Man's Journey As Joseph Kony's Bodyguard" 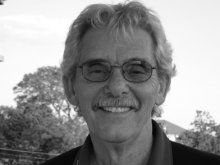 Ronald R. AtkinsonAUTHOR, "THE ROOTS OF ETHNICITY: A HISTORY OF THE ACHOLI OF UGANDA"

Exactly five years ago this October, about 100 United States Army Special Forces deployed in Central Africa to assist the Ugandan military in its fight against the notorious Lord’s Resistance Army (LRA) and its leader, Joseph Kony. U.S. involvement has played a crucial role in reducing LRA troop strength to the lowest in its history, although Kony remains at large and his group continues to abduct civilians.

The Ugandan government has relied primarily on a military approach to deal with the LRA since the group’s emergence in 1987.  Abusive military actions undertaken by the Ugandan government against an initially peaceful local population in the Acholi sub-region of northern Uganda fuelled the insurgency that produced the LRA.  For decades after, Uganda’s military and government demonstrated neither credibility nor effectiveness in fighting the LRA and often pursued destructive military and political policies.  This was especially true of the forced movement of over a million people – representing 90 percent of the Acholi population of Uganda – into squalid, often minimally protected camps, ultimately leading to more than 1000 deaths a week.

One key area of concern has centered on LRA retaliatory attacks against civilians, which occur after failed Ugandan military operations undertaken against the rebel group. A major example of such flawed operations was an attack on the LRA camps in the Democratic Republic of the Congo (DRC) in December 2008 following the collapse of a two-year peace process.  The attack scattered the rebel group across wide swaths of the DRC, South Sudan, and the Central African Republic (CAR), where largely unprotected civilians bore the brunt of LRA vengeance for the subsequent three years.

Since late 2011, U.S. Special Forces have provided enhanced logistical and intelligence assets to a few hundred Ugandan forces chasing LRA groups in CAR and South Sudan, as well as to a Congolese army unit doing the same in the DRC.  Starting in 2012, Ugandan and Congolese forces have been incorporated into a larger endeavour under African Union auspices, called the African Union Regional Task Force (AURTF), with U.S. troops providing air support to the AURTF and broadcasting messages to encourage the defection of LRA combatants.

This joint effort has succeeded in significantly weakening the LRA. According to our research, in 2011, when the U.S. became involved in operations, more than 400 LRA fighters, mostly Ugandan, comprised the backbone of the LRA.  Today, fewer than 100 LRA fighters remain, with only about 50 of Ugandan origin and about 20 of whom have gone ‘rogue’ and are no longer in contact with leader Joseph Kony. In short, today’s LRA is comprised of around 100 armed men and an additional 50-80 women and children.

The LRA is spread between five or six groups who are constantly on the move in the DRC, CAR and Sudan. They operate in many groups that move frequently to evade pursuing forces – traditionally Ugandan army personnel. Kony communicates with group commanders either through high frequency radios (Kony himself uses a handler) or via messengers (runners). At least one group has gone rogue, as they don’t obey Kony’s orders and have cut off communications.

But the mission is not yet accomplished.  Kony remains free, almost certainly in Kafia Kingi, Sudan, close to the CAR border.  Alongside his two adult male children and a small group of fighters, women and children, Kony has been moving frequently within this border area (the size of Puerto Rico) since early 2011. From there, Kony has ordered small groups of loyal fighters to bring ivory from slain elephants in northeastern Congo, as well as gold and diamonds looted from artisanal miners in eastern CAR. Kony’s fighters also abduct adults to porter their loot and young men and women they keep as fighters or ‘wives.’

According to the LRA Crisis Tracker, a database of real-time LRA activity including attacks, the first three months of 2016 witnessed nearly 300 LRA abductions in CAR and DRC, more than 200 of them in eastern CAR alone, doubling the number for all of 2015.  The overall number of abductees, both men and women, are difficult to estimate, because they often are the first to be killed, die of hunger, or are released but don’t make it home months after they are taken (because the LRA groups tend to walk long distances).

At the same time, LRA defections of Ugandan adult males – the group usually given command responsibilities by Kony, who refuses to promote from the non-Ugandan ranks – have significantly slowed.  Only six Ugandan adult males defected between July 2014 and December 2015, followed by three others during the first three months of 2016.

These trends are occurring as the Ugandan government announced its plan to withdraw its troops from the LRA theaters of operations.  Our recent interviews with U.S. sources indicated that Ugandan President Yoweri Museveni is adamant about this, but may have agreed to extend an initial deadline of October 31 to the end of 2016.

This move would put the U.S. mission, which relies heavily on a Ugandan army presence, in jeopardy.  A mandate change authorizing U.S. soldiers to chase LRA groups themselves might be a bridge too far for an incoming American administration, particularly as the mission does not directly connect to U.S. interests.  Moreover, some high level AFRICOM commanders reportedly see the mission as an expensive undertaking and would prefer diverting funds to higher-profile counterterrorism targets in the region such as Boko Haram or Al-Shabaab.

It would be wrong, however, to discontinue the U.S. mission against the LRA. Hundreds of thousands of people remain affected by LRA violence in a region rife with conflict and would continue to be without decisive action.  Such action could occur without the Ugandan army if necessary.  U.S. Special Forces have already been training local army units from the CAR national army, and an expanding presence of a United Nations peacekeeping force in eastern CAR could also provide much-needed civilian protection in areas where LRA operate.

A combination of UN peacekeepers and national security forces would allow U.S. soldiers to focus on three important matters, even in the absence of Ugandan troops: 1) increase targeted defection messages to Ugandan LRA fighters; 2) continue to build the capacity of the CAR national army; and 3) assist rangers in eastern CAR and northeastern DRC in curbing illegal wildlife poaching.  The presence of U.S. personnel in the region would also continue to bring attention to an historically neglected area that has long been the site of various armed conflicts.

It would be a shame if the current or future U.S. administration pulls the plug on the U.S. mission against the LRA.  The opportunity to end a 30-year conflict seems within grasp, yet could easily slip away.  A bold and final push to completely disassemble the rebel group, with or without arresting Kony, would mark a real mission accomplished.

Ledio Cakaj is an independent researcher who has worked for more than a decade in the Balkans and East and Central Africa and has spent many years studying the Lord's Resistance Army for organizations including the World Bank, the Enough Project, Small Arms Survey, and Resolve. He is the author of "When the Walking Defeats You: One Man's Journey As Joseph Kony's Bodyguard," to be released November 15.

The Coauthor is Ronald R. Atkinson

Ronald R. Atkinson is a Research Associate of the Richard Walker Institute of International and Area Studies and the Rule of Law Collaborative at the University of South Carolina, and author of "The Roots of Ethnicity: A History of the Acholi of Uganda."