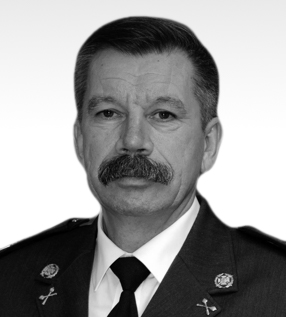 Concealment, imitation and disinformation – tactics known as maskirovka – were part of a Soviet doctrine used by their military and intelligence services – namely the KGB and GRU. The principal military purpose of maskirovka is to mislead an enemy regarding the disposition, composition and intentions of its forces.

Under the Russian Federation, the term maskirovka has evolved from tactical camouflage in military operations to a broader set of means of denial and deception on a strategic level – including political, economic and diplomatic measures to achieve international goals.

Key measures of maskirovka include:

All of these measures require coordinated efforts of numerous organizations and structures under centralized command and control.

Russia has inherited these Soviet methods and has actively used them in conflicts with former-Soviet states. This has stretched from the 1990s and continues to the present day: including in the North Caucus (Chechnya 1994-1996), Moldova (Transnistria 1992) and Georgia (Abkhazia 1992-1993, South Ossetia 2008).

Current Russian leadership understands the use of traditional methods of maskirovka in achieving foreign policy goals is quite a delicate mission, which requires more sophisticated and stealthy technologies. Russian President Vladimir Putin does not want Russia to be isolated. He personally wants to be a part of the world elite and is interested in building up a positive image and reputation for Russia in the international arena.

Publicly, Moscow has to demonstrate its commitment to international rules and laws, and avoid open interference in the internal affairs of other states. Consequently, the principal goal of maskirovka in modern Russia’s foreign policy strategy is to hide Moscow’s involvement in destabilizing activities in other countries.

Moscow usually explains away the actions of Russian “green soldiers,” agents of influence in other countries, as the product of indigenous internal tensions, interests and players. “We are not there” was a typical Moscow response to accusations of its participation in events in Crimea in 2014 and eastern Ukraine in 2014-2017.

But when Russia can no longer hide its involvement, it offers a “civilized” justification of its actions by referring to the protection of human rights and other pseudo-democratic phraseology.

Maskirovka was a principal and key element of Russian tactics to annex Crimea and to gain control of southern and southeastern Ukraine in 2014-2015. Today, maskirovka remains Russia’s primary instrument in maintaining control over individual areas of the Donetsk and Luhansk regions in eastern Ukraine.

Preserving a frozen conflict in eastern Ukraine is important for Putin in achieving his strategic objective – to resume control over Ukraine and other states of the former Soviet Union and to establish a “Eurasian Union” under Russian leadership.

In Ukraine, Moscow had to apply the entire spectrum of its hybrid warfare tactics, including maskirovka, to hold the country in its sphere of influence. In trying to hide the presence of its troops in Ukraine and to prevent other countries from providing assistance to Kyiv, Russia used traditional tactics of obfuscation known as the “4D” approach:

The main methods of disguise and concealment of Russian activities in Crimea and East Ukraine in 2014-2017 include:

Putin’s decision to send Russian military forces to Ukraine was a desperate move when alternative methods had already failed. The presence of a regular military force was difficult and virtually impossible to hide, which is one of the weaknesses of Russian military doctrine of maskirovka when applied in peacetime.

There were other miscalculations that contributed to the failure of Putin’s hybrid strategy and deception in Ukraine:

Russian tactics of maskirovka have also been unmasked over the internet. The widespread use of the internet and related platforms, such as YouTube, Facebook and Twitter, has resulted in diluted Russian control over the distribution of information. Photos and videos of Russian military presence in Crimea and eastern Ukraine have been immediately posted on social networks, frequently even by Russian soldiers themselves in order to impress their friends and relatives. This phenomenon had not yet been taken into account by Russian military planners.

Russia also did not succeed in hiding the heavy casualties it suffered in Ukraine. Putin had to prohibit the publication of official data on losses of the Russian Armed Forces. But local media and social networks in Russia actively distributed information about compatriots who were killed and wounded in Ukraine.

It turned out that the application of the doctrine of maskirovka in the modern international environment may have given Russia a temporary tactical advantage but created substantial strategic problems. That includes a loss of trust, isolation, international sanctions, and the resulting economic decline and degradation of Russia’s society.

Ukraine has learned that the best way to prevent and preempt the success of Russian use of maskirovka is to collect and disseminate, in real-time, facts and evidence of Russian hybrid and illegal activities on foreign territories through use of modern information technologies. This strategy may also apply to Moscow’s interference in the internal affairs and politics of Western countries.

Truth and transparency frighten Moscow. They pose a direct threat to Russian internal and foreign policy that is based on half-truth, manipulation of public opinion and disinformation. 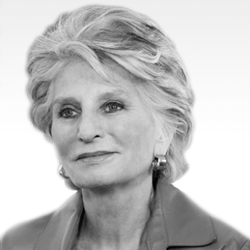