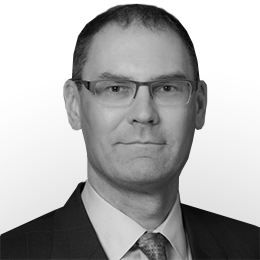 At the fourth and final Nuclear Security Summit, taking place Thursday and Friday in Washington, DC, President Obama will have his last chance to work toward his promised goal – set 7 years ago in Prague – to make the world safer from unsecured nuclear materials. The outcome of the summit will impact not only his foreign policy legacy, but also future international dialogue on nuclear security. Vice President of Scientific and Technical Affairs at the Nuclear Threat Initiative Dr. Page Stoutland tells The Cipher Brief where progress has been made and where the most work is yet to be done.

The Cipher Brief: This is the fourth and final Nuclear Security Summit (NSS). What were the original goals of the summit and how close is it to achieving them?

Dr. Page Stoutland: The original goal was largely to secure all vulnerable nuclear materials around the world, and the focus was on weapons-usable nuclear materials.  In terms of whether it has been done or not, I think one of the issues early on was that they never precisely defined what they meant by “secure” or by “vulnerable,” but clearly a lot of progress has been made over the last six years. However, the job is not yet done. In many ways, the job will never be done because as long as we have these materials it will be important to keep them secured. That leads to one of the main goals for this week’s summit, which is to identify a set of mechanisms for continuing the progress that has been made so far.

TCB: The NSS wants to facilitate direct communication among leaders on nuclear security issues. What would you say are the advantages and disadvantages of this approach?

PS: The advantage is that as soon as heads of state get involved, it provides an enormous impetus for countries to do better and to make sure that they meet their commitments. The challenge is sustaining the momentum.  Heads of state have a lot of other issues competing for their attention, and so it’s important that countries make sure they have within their governments other officials who are focused on this issue and can keep paying attention after the Summit.

TCB: Russia has pulled out of this round of the summit, citing that it prefers to deal with the International Atomic Energy Agency (IAEA). What bearing do you think that will have on the NSS and the goals for this round?

PS: On one hand, it’s disappointing of course. Russia is a critical country on nuclear security issues. They, like some others, continue to have large quantities of nuclear material, and they have been a partner of the United States in cooperative nuclear threat reduction for the last 20 years. So not having them at the summit is a disappointment.

That being said, there will be more than 50 heads of state here, so the attention will shift to what other countries can do. In contrast to some fora such as the IAEA where they operate by consensus, the NSS does not operate that way. Within the NSS process, countries make unilateral or joint commitments and so not having Russia there will not affect any of those commitments.

TCB: The Nuclear Security Summit focuses on securing power plants, radiological materials, and other nuclear materials. From these sources, what types of security threats does the NSS seek to prevent, and have implemented measures been successful in stopping any attacks?

PS: In terms of the scope, the summit is focused on several things: the theft of weapons-usable nuclear materials that could be used to make a nuclear weapon, the potential for sabotage of nuclear facilities – including nuclear reactors – as an example that could lead to serious safety concerns, and for the last couple of summits, radiological materials. For all those security issues, I tend to think of things in terms of three types of actions: there are actions to prevent outsiders from getting in and either damaging facilities or stealing materials; there are actions to prevent insider threats, and then increasingly – this is a new topic in the nuclear context – there is concern about cyber threats that could be used to either steal materials or cause safety concerns.

In all those areas countries need to take important steps. In many cases, we don’t know what may have occurred that’s not public so there aren’t many specific examples where somebody was caught red handed. There have been cases of nuclear smuggling where materials have been intercepted on the border. There are, of course, some cyber incidents. And finally, there have been cases like the break in at Y12 in the US which was really more of a protest than an actual attempt to steal materials, although certainly they got through the first level of security.

TCB: Being the final round, what sort of framework for further discussion do you hope to see established and what would you want that framework to achieve?

PS: We believe there is going to be a commitment to transition this initiative into existing organizations and vehicles. Part of the Summit process will be transitioned to the IAEA and other existing multilateral vehicles, such as Interpol, and the Global Initiative to Combat Nuclear Terrorism. That is good news; however, those vehicles don’t typically happen at the heads of state level, they happen at the ministerial level or even below, and so a question will be whether or not those mechanisms are effective over time. But certainly the topic of sustainment is an important one and it looks like the summit participants are focused on that, so we are hopeful it will be addressed.

The Author is Page Stoutland

Dr. Page Stoutland is the Vice President for Scientific and Technical Affairs at the Nuclear Threat Initiative (NTI). Prior to joining NTI, he held several senior positions at the Lawrence Livermore National Laboratory and served as the Director of the Chemical and Biological National Security Program at the Los Alamos National Laboratory.