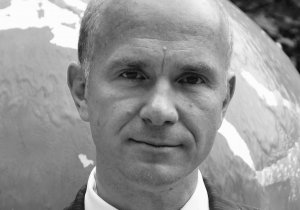 From May 8 through May 13, I had the opportunity to participate in the international Special Operations Forces exercise “Fuerzas Comando” in Lima, Peru.  The event occurred at a pivotal moment, just after the first round of Peru’s presidential elections in early April.

The exercise also occurred little more than a month after the terrorist group Sendero Luminoso, often referred to as the Shining Path, (SL) ambushed a convoy of soldiers and government officials in Junin, killing 10 people.

But if Sendero Luminoso impacted the Peruvian election, it was remarkably absent from Fuerzas Comando.  My Peruvian colleagues concurred, almost universally, that with the exception of the pre-election attacks, Sendero is now less of a topic of conversation in Peru, reflecting, in part, government successes against the group, and its diminished level of terrorist activity.

What was on the minds of the security officials that I spoke with in Lima was organized crime.  While the government has been successful in eradicating a record quantity of coca plants (key to the production of cocaine), criminal activity in the country has both fragmented and spread.  With respect to coca production, the entire region along the Putumayo river border with Colombia has become an area of concern, as well as multiple areas through the center of the country where the Andes mountains transition to jungle.

Much of the success in coca eradication achieved to date occurred in the pacified Upper Huallaga valley, with almost no progress made in the Apurimac, Eni, and Mantaro river valleys (the VRAEM), where government security and eradication efforts face not only SL remnants, but also criminal family clans.  In these areas, this criminal groups make up an integral part of the community; the state is seen as a stranger and threat to the resident’s livelihood.

Peru continues to compete with Colombia for the title of the region’s leading producer of cocaine.  Yet, not only is the geography of coca crops becoming more diverse, but the entire coca to cocaine hydrochloride production and logistics cycle has fragmented among numerous small players.  These players include multiple “firms” who import precursor chemicals into the country; others who collect and process the coca leaves; others, such as Sendero, who collect extortion fees for the conduct of operations within the terrain they control; and still others who transport the product to market.

A substiantial amount of the cocaine and intermediate products produced in Peru is moved out through the Peru-Bolivia border, since Bolivia is considered even less well controlled.  In addition, cocaine is also reportedly flown across the border with Brazil, where it is reportedly dropped into pre-agreed to sites in the Amazon, and from where it is picked up by personnel on the ground moved to Brazilian and European markets.  It is also moved to Peruvian and northern Chilean ports,  where it is smuggled out, often in containers or other commercial vessels, to Europe and Asia.

As in the other phases of the business, there are multiple familial clans involved in such transport operations and often rival groups vying for control. The 2015 escalation of violence in Callao, Peru’s most important commercial seaport, has been blamed on a fight for control of the seaport between criminal groups led by Gerson Gálvez Calle (“Caracol”) and Gerald Oropeza.

Even the market for laundering the proceeds of such ill-gotten wealth is reportedly fragmented, with respect to the groups that do it, where, and how.  The use of Peru’s system of credit unions (cooperativos), which are only partly regulated and incompletely supervised, is a concern for anti-laundering authorities.  Nonetheless, the fact that more than half of Peru’s economy is “informal” (economic activity and actors not registered with the government), creates enormous opportunities for such laundering throughout the country, including in the thriving but highly informal economy of the outer suburbs to the north of Lima (the cono norte).

Although the foreign media has generally focused on Peruvian cocaine production, the country is also plagued by a diverse array of activities within the international criminal economy.  These include the production of heroin, illegal mining, human trafficking (in both the transitory mining communities and urban areas like Lima), and to a lesser degree, illegal logging.

While most of the organized crime groups in Peru are local, a range of international criminal actors are also present, including Chinese, Russians, Mexicans, Colombians, and Brazilians, among others.

The Government of Peru’s Response

For its part, the Peruvian government has pursued a number of important initiatives against organized crime, although many have suffered from frequent changes in leadership and direction at the ministerial level, a lack of follow-through with respect to procurement, as well as problems of corruption.

From 2011 until March 2016, Vice-minister of the Interior (and later Vice-minister of Defense) Ivan Vega led a series of inter-agency task forces against high-value terrorist and criminal targets in the country.  The efforts of organizations he guided produced important results, such as the killing of the Sendero Luminoso leaders William, Alipio, and Gabriel, and more recently, the capture of leaders Renan and Yuri in the VRAEM.  Yet Vega was viewed negatively by some as leveraging his close relationship with first lady Nadine Heredia, who protected him politically, enabling him to overstep his authority and take control of resources to achieve results.  In March 2016, he resigned as Vice-minister of Defense, and was given a job with UNASUR in Buenos Aires.  Since his departure, organizations such as CIOEC have effectively ceased conducting politically high-visibility operations against high value targets.

The activities of the Peruvian state against transnational organized crime have also been impacted by the fallout of a protracted scandal involving the nation’s national intelligence organization, DINI.  Following public allegations that the organization had been used to monitor Peruvian political leaders, in August 2015, Peru’s Council of Ministers appointed a commission to reorganize the intelligence organization, and in the months that followed, the organization dismissed key personnel. The organization continues to be effectively paralyzed in the conduct of new, non-routine intelligence operations, particularly involving activities outside Peru, with little improvement expected until the arrival of a new president and establishment of his or her government.

Under the current administration of Alberto Otárola, the  organization responsible for counter drug operations (DEVIDA), eradicated a record volume of coca in 2015 (over 35,000 hectares).  Yet it has not yet taken on the difficult challenge of eradication in the VRAEM, the country’s most troubled region and home to the remnants of Sendero Luminoso.

Within the VRAEM itself, an important change occurred in December 2015, when the government agreed to transfer administrative responsibility for the zone from the military to the police, which had long controlled Peru’s other special zone, the Upper Huallaga Valley.  Some suggested that the decision was driven by evidence that military units were receiving money to turn a blind eye to drug flights in the areas under their control.  Nonetheless, the administrative change, although being implemented gradually, raises questions whether the police will have adequate resources to accept their new responsibility in the VRAEM in addition to the Upper Huallaga Valley.

The military has purchased 24 new Russian transport helicopters, which have helped with mobility in counterdrug operations and resupply of remote posts.  Yet despite the increased capabilities, some believe the military is reluctant to take initiative and exercise control in the areas around its bases out of concern that its soldiers are vulnerable to legal action because of people injured during its operations.

The government has also begun to buy scanners to monitor key highways to the coast, yet the small number it has acquired are inadequate to oversee the approximately 14 major transport corridors used for narcotrafficking, and no scanners are present in the country’s 11 principal ports where drugs are regularly exported.

Perhaps the most promising initiative of the current government is its “mobile state” program, in which personnel from multiple government agencies deploy together to bring services, such as medical care, payment of teacher salaries, and public registries, to remote areas where the presence of the state has been relatively absent.  The object is to fortify the government’s bond with the local population and make it more resistant to penetration by criminal or terrorist groups. The program is regarded as relatively successful.

However, the Peruvian government has been impacted by repeated cases and accusations of corruption, involving the police, government ministers, and members of Congress.  Indeed Peru’s president Ollanta Humala himself has been linked to bribes from the Brazilian construction firm Odebrecht.  A formal case has not gone forward, but some expect multiple cases against high-ranking officials in the present government once it leaves office.

At the present time, many of the current anti-crime efforts in Peru are “on autopilot” as those in government and the private sector prepare for the transition to a new government in July.

In the Fuerzas Comando exercise, the Peruvian team finished a respectable third, behind the Colombians (who seem to train year-around to win the exercise annually as a point of pride), and Honduras, with its highly trained team of “Tigres” police Special Forces.

The views expressed in this article are strictly the author’s, and not necessarily those of his institution or the U.S. government.  The author would like to thank the U.S. Joint Special Operations University (JSOU) for sponsoring his participation in Fuerzas Comando, and his own organization, the Strategic Studies Institute for authorizing his time to be part of the exercise.  He would also like to thank Jorge Robles, Jorge Serrano Torres, Ernesto Morales, Enrique Obando, and others who cannot be named, for their inputs into this work.

The Author is Evan Ellis

Dr. Evan Ellis is a research professor of Latin American Studies at the U.S. Army War College Strategic Studies Institute with a focus on the region's relationships with China and other non-Western Hemisphere actors.  He has published over 120 works, including the 2009 book China in Latin America: The Whats and Wherefores, the 2013 book The Strategic Dimension of Chinese Engagement with Latin America, and the 2014 book, China on the Ground in Latin America.