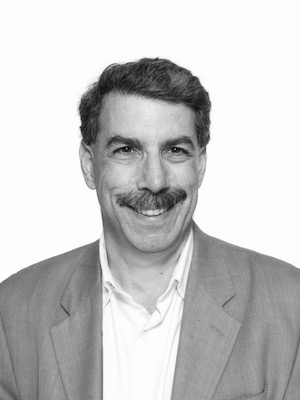 If there has been one common refrain from the Trump administration, it is that President Barack Obama’s policy of “strategic patience” towards North Korea was not effective in deterring Pyongyang from pursuing its nuclear ambitions. But President Donald Trump and his advisers appear to have replaced strategic patience with an approach that can only be described as “strategic incoherence” – which is also unlikely to work, but carries a far greater risk of sparking a dangerous crisis, whether by design or miscalculation.

The mixed signals have been coming for months. Trump himself has vacillated between declaring he would be “honored” to meet North Korean leader Kim Jong-un and warning that if Pyongyang escalates its nuclear threat, it will be met “with fire, fury and frankly power the likes of which the world has never seen.”

A few days ago, CIA chief Mike Pompeo made less than subtle hints that the U.S. would favor regime change, telling the Aspen security conference in Colorado, “I am hopeful we will find a way to separate that regime from this system,” and noting that he was “sure the people of North Korea would love to see him [Kim} go.”

Yet just days later, Secretary of State Rex Tillerson, who in March announced that “the policy of strategic patience has ended” and that “all options are on the table,” declared the U.S. was not seeking to topple the North Korean regime. The same day, however, Senator Lindsey Graham (R-SC) said Trump had told him he was ready to launch military strikes against the North if Pyongyang doesn’t back down.

Meanwhile, Joseph Dunford, chairman of the Joint Chiefs of Staff, said recently, “Many people have talked about military options [against North Korea] with words like ‘unimaginable.’ What’s unimaginable to me is allowing a capability that would allow a nuclear weapon to land in Denver, Colorado.”

For his part, Defense Secretary James Mattis has taken a more cautious posture, warning that a new conflict in Korea “would be a catastrophic war if this turns into a combat if we’re not able to resolve this situation through diplomatic means.”

Early in the administration, Trump put all his eggs in the China basket. Trying to capitalize on what he saw as his great new “friendship” with Chinese leader Xi Jinping, the President effectively mortgaged other U.S. priorities – trade, the South China Sea, Taiwan—for what he hoped would be Chinese help in dealing with North Korea.

The Chinese made some statements critical of North Korea and took a few steps to signal their displeasure with Pyongyang. But China’s strategic calculus remains the same. As much as Beijing dislikes Kim Jong-un and disapproves of his nuclear ambitions, it is much more concerned about maintaining stability in North Korea and preserving the North as a buffer against a pro-American South Korea. This has meant that Chinese companies have continued to do business with Pyongyang while Beijing’s has shown at best lukewarm enthusiasm for tighter international sanctions.

With the North continuing to make dramatic progress in its capabilities – its most recent test led analysts to conclude a North Korean missile may now be able to hit the American Midwest – Trump has begun to sour on China. He told journalists “if China is not going to solve North Korea, we will,” and has supported moves to impose sanctions on Chinese firms doing business with the North, while getting tougher with China on other issues, like trade. Whether this will prompt Xi Jinping to get tougher on Kim Jong-un, however, remains an open question. China’s past behavior suggests the answer will be no.  Indeed, it may well be that China’s decision to support the latest UN sanctions resolution was taken in part to avoid the Trump administration imposing so-called secondary sanctions that would target Chinese companies doing business with North Korea, as well as delay U.S. moves on Sino-American trade.

With the North’s continuing missile tests, there has been increasing talk about the need for the U.S. to adopt a much more robust policy of deterrence by bolstering its military posture in the region and making it clear to Pyongyang that any use of nuclear weapons will lead to the total destruction of North Korea. Since there is no good military option for the U.S. to pre-emptively take out the North’s nuclear and missile facilities, the logic of boosting deterrence is clear. But that will do little to prevent the North from continuing to develop its nuclear and missile capabilities, which, even if not used in a conflict, will give Kim Jong-un new leverage to apply in his ongoing contest with the capitalist South and his long-standing hostile relationship with Japan. That, in turn, could lead both Seoul and Tokyo to consider developing their own nuclear weapons.

Under these circumstances, with the military option so terrifying and the prospects for sanctions mixed at best—indeed, there is little evidence that previous sanctions, even when they have inflicted pain on North Korea, have prompted Pyongyang to change its behavior—a strong case can be made that heightened deterrence should be accompanied by a serious effort to talk to the North Koreans – not only to make clear they understand the risks of the path they are on, but also to see if there is any prospect of an interim deal that would freeze their nuclear and missile activities before they are further developed.

As Robert Gallucci, who negotiated the 1994 Agreed Framework deal that froze Pyongyang’s nuclear program for nearly a decade, has noted, “the idea that we would use force before we explored the possibility of negotiating an outcome is nutty and irresponsible.”

Indeed, lost among the dramatic headlines of the past couple of weeks have been some intriguing signs that the Trump administration may still be open to some kind of diplomacy.  The State Department’s point man on North Korea, Joseph Yun, has held at least two sets of meetings with the North Koreans since the spring—one in Europe, one in Pyongyang. The ostensible reason was the fate of American student Otto Warmbier, who was brought back to the U.S. by Yun only to die days later.  Presumably, however, Yun and the North Koreans talked about more than Warmbier’s condition.

But Warmbier’s death soured an already fraught atmosphere, leading to a U.S. ban on American tourists visiting North Korea and likely halting diplomatic contact. The timing of North Korea’s most recent missile test could well have been a signal to Washington that Pyongyang will accelerate efforts to strengthen what it calls its “deterrent” if the U.S. remains unwilling to negotiate.

That may help explain Tillerson’s comment at the ASEAN Regional Forum in Manila this week that the U.S. was ready to talk to Pyongyang if the North stops its missile tests, as well as his intriguing remark that “we have other means of communication open to them, to certainly hear from them if they have a desire to want to talk.”

A key question now is whether the North will interpret this language as a signal that restraint could lead to more diplomatic contact with Washington. One key test will be how the North responds to the latest UN sanctions, the most sweeping yet to be imposed – specifically whether it will stage its sixth nuclear test. Although there have been numerous occasions for the North to carry out a nuclear test since Trump took office- the birthday of Kim Jong-un’s father in February, of his grandfather in April, and the anniversary of the founding of the North Korean armed forces that same month – Pyongyang has so far not done so.

To take such a step now would mean the end of any prospect of diplomacy and a further escalation of tensions. But s long as the North holds back, it remains remotely possible that, despite the predictably extreme rhetoric from North Korea’s Foreign Minister in Manila this week, the door to talks with Washington – which China and Russia strongly favor—will remain open.

Even if talks were to take place, however, the prospects of an agreement would still be bleak—and not only because the North, with its track record of walking away from previous deals, will likely demand recognition as a nuclear state or demand an unacceptably high price, even for a missile or nuclear test freeze.  The U.S. has its own dubious track record of failing to live up to the previous deals negotiated with Pyongyang.  Moreover, Washington’s credibility as an interlocutor is likely to be undermined by the Trump administration’s continuing tough talk about walking away from the nuclear deal with Iran. As former Obama national security aide Ben Rhodes recently tweeted, “If Trump tears up the Iran deal even though Iran is complying, why will China or DPRK think he’ll stick to a nuclear deal on the Korean peninsula?”

North Korea’s main motivation for developing a nuclear capability has long been to ensure the survival of the regime. Contrary to much of the conventional wisdom, Kim Jong-un is not crazy. He is a ruthless, cold-eyed dictator with a clear idea of what he is doing. The danger in the current situation is that he—like the rest of the world—cannot be clear what the Trump administration is aiming to achieve. That opens the door for miscalculation, for each side to be tempted to strike for fear the other one will do so first, or for an accidental or limited clash of the kind that has so often occurred over the years, to quickly escalate out of control.  There is no obvious or easy solution, but some strategic clarity from Washington – if Donald Trump is capable of such a thing – might reduce the danger of a catastrophe on the Korean peninsula.

The Author is Mike Chinoy

Mike Chinoy was a foreign correspondent for CNN for 24 years, serving as the network’s first Beijing bureau chief and as senior Asia correspondent. Currently a Hong Kong-based non-resident senior fellow at the University of Southern California’s US-China Institute, he is the author of four books and the creator of “Assignment China,” a documentary history of American correspondents in China.