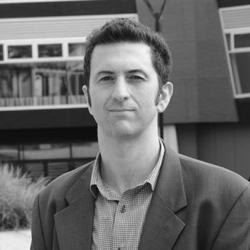 On 27 December 2015, China’s National People’s Congress (NPC) passed the country’s first counterterrorism legislation. The law carried sweeping provisions, enabling not only China’s various counter-terrorism organs, such as the Ministry of Public Security (MPS) and People’s Armed Police (PAP), to identify and suppress individuals or groups deemed to be “terrorists,” but also requiring internet providers and technology companies to provide assistance and information, including encryption keys, during counter-terror operations. Such measures were also rounded out by a provision by which the People’s Liberation Army (PLA) or the PAP could, on approval of the Central Military Commission (CMC), undertake counterterrorism operations abroad.

Such a far-reaching development begs two core questions: what is the nature of the terrorist threat to China, and what have been the effects to date of this legislation? It is clear that China does face a significant challenge from a number of small Uyghur terrorist groups. However, the new counterterrorism law is simply a further demonstration of Beijing’s securitization of the wider Uyghur issue in both its domestic and foreign policy.

What Beijing now refers to as the “East Turkestan terrorist” threat to China was historically isolated to the ethnic separatist tendencies of the Turkic-Muslim Uyghur population in the Xinjiang Uyghur Autonomous Region (XUAR) in the far north-west of the country. For most of the period since region’s incorporation into the PRC in 1949, Uyghur aspirations (supported by diasporas in Central Asia and Turkey) have been framed and understood by Beijing in primarily nationalist terms.

The events of 9/11, however, prompted Beijing to immediately appropriate the lexicon of the “war on terror” to label Uyghur opposition as “religious extremism” linked to the malign influence of regional and transnational jihadist organizations, such as al Qaeda, in order to generate diplomatic capital for the ongoing repression of Uyghur autonomist aspirations.

Since 9/11, China has consistently blamed two Uyghur militant groups – the East Turkestan Islamic Movement (ETIM) and the Turkestan Islamic Party (TIP) – for major terrorist attacks in or connected to the XUAR. They  include the March 2014 “mass stabbing” attack at Kunming railway station, multiple bombings in XUAR capital, Urumqi, in April 2014, and most recently, the August 30 suicide bombing at the Chinese embassy in Bishkek, Kyrgyzstan. ETIM functioned in Afghanistan from 1998 to early 2000s and established links to al Qaeda, the Taliban, and the Islamic Movement of Uzbekistan (IMU) during that time. It effectively ceased to function, however, after the death of its leader, Hasan Mahsum, during a Pakistani military operation in Waziristan in October 2003. TIP emerged as a successor organization to ETIM in 2007 and gained some prominence by issuing various threats to attack the 2008 Beijing Olympics.

However, with the outbreak of the Syrian civil war, the geographical locus of the TIP has shifted to Syria, with evidence emerging over the past year of the group’s significant battlefield presence involving hundreds of its fighters aligned with Jabhat al Nusra (until recently, an al Qaeda’s affiliate).

This small but growing connection between Uyghur militancy and regional and globally-oriented radical Islamism has played a major role in stimulating not only the December 2015 counter-terrorism law, but also intensified pre-existing dynamics in Beijing’s approach to the governance of Xinjiang and the handling of Uyghur terrorism within its diplomacy.

Within Xinjiang, the state’s concern regarding the consequences of Uyghur identity and underdevelopment has resulted in the coupling of increased state-led economic development programs (embodied in such initiatives as President Xi Jinping’s “One Belt, One Road” strategy) with ongoing campaigns against aspects of Uyghur identity – such as religious observance and Islamic veiling – that are perceived to accentuate the distinctiveness between the Uyghur population and the dominant Han Chinese culture.

Externally, the linkages between ETIM and TIP and jihadist groups in Afghanistan and now Syria, have played a central role in cementing Beijing’s agenda within the Shanghai Cooperation Organization (SCO; comprised of China, Russia, Kazakhstan, Kyrgyzstan, Tajikistan, and Uzbekistan) and stimulating deeper bilateral security cooperation with a number of the Central Asian states, as well as Afghanistan and Pakistan.

The SCO, as Nicole Jackson recently argued, has developed a “shared discourse about trans-regional security threats,” defined by the organization as the “three evils” of “separatism, terrorism, and extremism.”  This has fostered a “statist multilateralism” that privileges “sovereignty, the protection of state borders and regime security” in order to protect and legitimize member states “specific political institutions, (state-sponsored) domestic identities and interests.”

In practice, this has amounted to the organization’s almost exclusive focus on regular joint military and counter-terrorism exercises, judicial cooperation on the extradition of suspected “terrorists”, and information sharing. This agenda has also permeated Beijing’s efforts to grapple with Uyghur terrorism outside of the SCO process. For instance, its recent agreement with Afghanistan, Pakistan, and Tajikistan aiming to establish a “quadrilateral mechanism” to “coordinate with and support each other in a range of areas, including study and judgment of counter terrorism situation, intelligence sharing, anti-terrorist capability building, joint anti-terrorist training and personnel training.”

This dynamic is now also arguably in play vis-à-vis Syria. Due to Beijing’s heightened concern about the activities of TIP militants there, it has shown signs of edging closer to the Assad regime. Most notable in this regard was the visit of Guan Youfei, a rear admiral in China’s People’s Liberation Army Navy (PLAN) and head of the “Office of International Military Cooperation,” to Damascus for high-level talks with both regime officials and Russian military officers on potential avenues of “military-to-military” cooperation and intelligence-sharing.

Beijing has thus deployed the issue of Uyghur terrorism to first legitimate, both domestically and internationally, the implementation of repression of Uyghur opposition in Xinjiang, and second, structure key diplomatic relationships across Central Asia and now potentially into the Middle East.

The Author is Michael Clarke

Dr Michael Clarke is Associate Professor at the National Security College, Australian National University. He has written extensively on the history and politics of Xinjiang, Uyghur separatism and terrorism, and Chinese foreign policy in Central Asia in a variety of academic publications.  He is also the author of Xinjiang and China's Rise in Central Asia - A History (Routledge 2011), co-editor (with Anna Hayes) of Inside Xinjiang: Space, Place and Power in China's Muslim Far... Read More