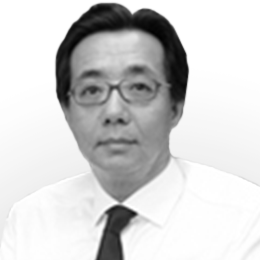 Throughout its history, accommodating and at times contesting the push and pull of its much more powerful neighbors have defined Korea’s weltanschauung and attendant policies. This is hardly surprising given that the Korean Peninsula is the only place in the world where the strategic interests of the world’s most powerful countries, such as the United States, China, Russia, and Japan, converge geographically and geopolitically. The residues of great power competition have always affected Korean politics and security, including the emerging U.S.-China competition.

For some two thousand years, Korea’s major strategic interaction was focused on relations with the regime that ruled mainland China—predominantly dynasties dominated by Han Chinese but also by the Mongolians during the Yuan Dynasty and the Manchus during the Qing Dynasty. As the one country that was most affected by, but one that also adhered most closely with the Sinocentric world order, Korea’s geopolitical fate correlated directly with perturbations on the mainland, particularly during the final stages of dynastic collapse followed by significant political and military turmoil. But the collapse of the Sinocentric East Asian order, beginning with Japan’s victory in the Sino-Japanese War (1894-1895) and the Russo-Japanese War (1904-1905), resulted in a massive power vacuum that no other power other than Imperial Japan was willing or able to fill.

Since the creation of the two Koreas in 1948 and especially in the aftermath of the Korean War, North Korea remained in a reformatted Sinocentric orbit buttressed by ties with the USSR until the end of the Cold War. South Korea came under the U.S. security umbrella, but crucially, also unshackled itself from its centuries-old continental worldview to a more internationalized, maritime worldview. South Korea’s interactions with mainland China only began to pick up after normalization in 1992. Since then, however, China has emerged as South Korea’s largest trading partner ($360 billion in 2015). Moreover, while Beijing continues to support Pyongyang, China has grown increasingly wary of North Korea, particularly in the aftermath of four nuclear tests.

Commensurate with China’s rise and intensifying competition between the United States and China, many have asserted that South Korea is becoming increasingly caught between these two great powers. As one of America’s core treaty allies in the Asia-Pacific, a vibrant democracy, and as the world’s 12th largest economy, South Korea maintains crucial ties with the United States. At the same time, Seoul and Beijing have both gained from greater congruity; they are key trading partners and have mutually reinforcing political interests, such as Chinese concern with its long-time ally North Korea.  But amongst all of Seoul’s foreign relations, none are more complicated than its ties with the United States and China.

Four key factors are going to affect the degree of maneuverability South Korea can muster in its future relations with the United States and China. First, the depth of South Korea’s political and security consensus that continues to anchor Seoul firmly in its alliance with Washington, even as political interests with Beijing continues to deepen.

Second, Seoul’s ability to maintain strong ties with other Asian powers, such as Japan, select ASEAN states (Indonesia, Vietnam, Thailand, and the Philippines) as well as India and Australia, in order to broaden South Korea’s political and economic options.

Third, South Korea’s comprehensive crisis management capabilities with matching diplomatic abilities throughout the “unification tunnel” or the process with the confluence of various forces that will result ultimately in a unified Korea. Such capabilities will become critical, particularly in the aftermath of possible volatile political change in North Korea, such as a regime collapse.

And fourth, Beijing’s and Washington’s respective responses to potentially rapidly shifting political currents on the Korean Peninsula and the net value they both perceive in maintaining and hopefully strengthening their leverages in a unified Korea.

Being perennially sandwiched between the world’s most powerful states has resulted in wars, invasions, colonization, and proxy conflicts. But it also spurred South Korea into becoming the world’s 12th largest economy with formidable military strength and diplomatic acumen.  Without such residual capabilities, it would always be at the mercy of the great powers’ machinations. However, Seoul’s abilities will be tested as never before since it has to ensure unification under its auspices, cope adroitly with disruptive change in North Korea, and convince its neighbors that a unified Korea under the leadership of South Korea will not be a threat or a strategic liability.

Throughout its history, Korea has borne the brunt of the repercussions stemming from great power rivalries in Northeast Asia. But even though one can’t ignore geography or the pressures characterized by intensifying U.S.-China competition, it’s not necessarily mission impossible. Hard power remains as an important barometer in assessing the looming strategic makeup of the Korean Peninsula but for the first time in Korean history, so too will the voices of democracy, freedom, and human rights. This is because the real purpose of a unified Korea must lie in enabling Koreans on both sides of the 38th parallel to be prosperous and free. And in this context, Korea’s alliance with the United States is an essential buffer against an increasingly assertive China and growing uncertainty within North Korea.  But it is also a vibrant symbol of shared universal values and commitment to democratic governance.

The Author is Chung-Min Lee

Dr. Chung-Min Lee is a nonresident senior associate in the Asia Program at the Carnegie Endowment for International Peace. He is also a professor at Yonsei University's Graduate School for International Studies. He was appointed by President Park Geun Hye as the ambassador for international security affairs in 2013. 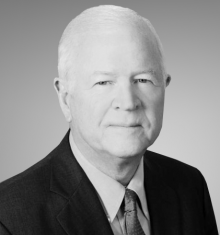