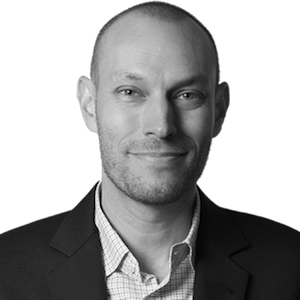 George W. Bush and Barack Obama were, in many ways, polar opposites in world view.

The former saw black and white and an eternal struggle between good and evil, where those on the side of morality were compelled to use the power at their disposal lest nefarious forces take advantage of weakness. The latter saw many shades of gray and came from a left-wing tradition where the exercise of power—in and of itself and absent a debate on how the power was exercised—was viewed with extreme suspicion.

As such, the pendulum of American hard power over the last 16 years swung from near polar opposites and the miscalibration by both administrations left the United States’ standing in the world far weaker than when Bill Clinton left office. It also contributed to the rise of Donald Trump, who was able, to some degree, to successfully argue that both major political parties oversaw the fall of American greatness, and a new approach was needed to restore America’s rightful standing in the world.

Bush took into office with him a belief that strong projections of American power were beneficial. Ronald Reagan’s policy toward the Soviet Union during the Cold War and Winston Churchill and Franklin Roosevelt’s stance against the Nazis were the examples to apply in the face of aggression. The only problem with the Gulf War fought by his father was the decision not to “finish the job.” Thus, in the aftermath of 9/11, a strong display of force was the correct response, from his point of view.

In practice, however, the overuse of the military by Bush, i.e. the Iraq War, had broad, negative ramifications, corroding the core strength of the United States. Far more blood was spilled than was envisioned, and far more treasure was spent (and is still being spent). More than any reputational damage that resulted from international opposition to the Iraq War, the erosion of the U.S. fiscal position and the readiness and morale of the military were far more damaging.

In a material sense, these phenomena put the U.S. in a far weaker position than it was prior to the war. And in a non-material sense, the effect on the national psyche was also extraordinarily impactful. Fighting a decade-long war with ever-shifting objectives, no clear victory, and the knowledge that much-needed American resources were being squandered overseas soured the American people on the proposition of engaging in large-scale kinetic operations.

Into that national trauma stepped Obama, with a determination not to do “stupid [stuff]” that would drain American resources further. He also took with him many historical lessons on the application of power.

Vietnam and Iraq taught him the dangers of becoming mired in a quagmire with no sound exit strategy, supporting ethically questionable people who did not necessarily have America’s best interests in mind. U.S. support for the mujahideen in Afghanistan during the cold war taught the dangers of arming and training people who can one day turn against you; the law that initiatives have unintended consequences that might be worse than the problems they were meant to solve.

Even longer-view historical examples, like Rome, taught the dangers of over-extension at the expense of the domestic core, and that ultimately, hegemonic powers were more likely to fall because of their own errors and hubris than from any foreign challengers.

Though Obama said otherwise, the result was a president who was willing to undertake short, tactical engagements but nothing more. American adversaries long held suspicions that Obama would not back up his tough rhetoric, and once this was confirmed when Bashar Assad used chemical weapons against the Syrian population—crossing the “red line” Obama previously delineated—with no forceful response, the floodgates opened.

Knowing that Obama’s ultimate goal was to avoid a confrontation, rather than contain the threat posed by a nuclear Iran, Tehran drove a far harder bargain at the negotiating table.

And most menacingly, Russian President Vladimir Putin not only continued his moves to reconstitute the Soviet Union in his 21st century vision, but acted forcefully to undermine the bedrock of U.S. democracy and tip the presidential election toward his chosen candidate.

In the face of all these aggressions, Obama talked tough, literally telling Putin to “knock it off.”  But he took no action that forced those powers to adjust their cost-benefit calculations, and ultimately, adjust their postures.

The result of the one-two Bush-Obama punch was the sapping of the national will for America to project power overseas followed by the exploitation of that weakness by America’s adversaries.

Into the power vacuum steps Donald Trump. Just as Obama’s staid personality and cautious world view may only have been electable following Bush’s cowboy comportment and neo-conservativism, Trump’s utter lack of experience and promise to tear apart long-standing foreign policy norms could only have resonated following the collective Bush-Obama years, when America’s power and influence was at its post-WWII nadir after presidencies of both major parties.

Despite the better judgment of most American voters, the United States—and the world—now step with much trepidation into the unknown, post-Pax Americana order. In no small way, we have Bush, Obama, and the misapplication of American power to thank for that.

The Author is Rafael D. Frankel

Dr. Rafael D. Frankel is the vice president of BowerGroupAsia (BGA), a government affairs and public policy consulting firm supporting top businesses operating in the Asia-Pacific. Previously, he was a foreign correspondent for 10 years based in Southeast Asia and the Middle East.