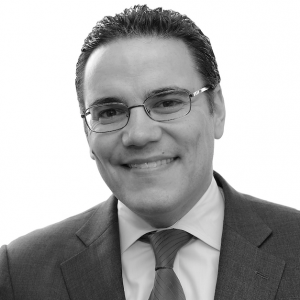 From drone warfare to the targeting of Osama Bin Laden, President Barack Obama’s legacy on peace and security issues is largely being defined by a range of high-profile decisions and policies on counterterrorism.  But a much less prominent program, the Security Governance Initiative (SGI), is steadily gaining momentum, representing a real paradigm shift in the U.S. approach to security sector assistance.  Where many previous endeavors in this area have confounded policymakers and wasted billions of dollars, SGI offers a nascent model for effectively helping countries address threats to domestic and international security.

Providing safety and security obviously lies at the heart of a country’s responsibilities to its people and is essential for advancing economic development, good governance, and rule of law.  However, such progress relies on building civilian and military security institutions that are capable, professional, and democratically accountable.  This challenge is especially pertinent in African countries struggling with the vestiges of an odious colonial history, which has contributed to security institutions that are more predatory than protective, having been designed to safeguard a regime rather than its citizens.  The U.S. policy imperatives and strategic goals are clear: to strengthen the capacity of partner states to meet the security needs of their citizens and in doing so, to help prevent instability, counter transnational threats, and advance democratic governance and rule of law.  The critical question is how best can the United States support partner countries in strengthening their security forces and supervising institutions?

Sadly, the U.S. record on security sector assistance is dominated by efforts that have been underperforming, ineffective, or sometimes downright counterproductive.  As Dr. Dafna Rand, Deputy Assistant Secretary in the Bureau of Democracy, Human Rights and Labor at the State Department and Dr. Stephen Tankel, a Senior Fellow at the Center for a New American Security explain in their report, “Many security assistance and cooperation interventions fail to accomplish U.S. objectives as a result of both strategic and structural deficiencies.”  These include “inadequately articulated,” conflicting, or neglected objectives; tension between short-term and long-term goals that prioritize quick, tactical wins over deep-rooted improvements in governance; and insufficient attention to the political environments of partner countries.

Worse still, for decades we have failed to learn from our mistakes.  For all of the well-intentioned studies of unsuccessful security sector reforms, best practices have rarely been considered when designing and implementing new programs.  The Obama Administration aimed to drastically change that, starting with a multi-year review of security sector assistance.  The result was Presidential Policy Directive 23 (PPD-23), set forth in April 2013, which lays out key goals for U.S. security sector assistance, matched by policy guidelines.

To meet these objectives, SGI was specifically designed to bridge the gap between policy and practice, and to prove a model – starting in Africa – that could significantly change how the United States supports security sector reform around the world.  Launched at the U.S.-Africa Leaders Summit in 2014, SGI currently works with six countries: Ghana, Kenya, Mali, Niger, Nigeria, and Tunisia.

The defining features of SGI are its collaborative approach and focus on results.  The entire process is premised on close cooperation with partner states, including jointly developed assessments, goals, and benchmarks.  And thanks to regular evaluations, the U.S. will actually be able to monitor how well security sector assistance is contributing to attaining national objectives.  As unsexy as measuring progress may sound, it is the critical – and historically missing – ingredient in holding security sector assistance and partner states accountable for true gains.

Yet SGI is unique in other ways as well: It is focused on quality over quantity (selecting partner states with the political will to make reforms, and focusing on a few key priorities in each country); institutions over “training and equipping” (to strengthen the management and oversight of the institutions that underlie a country’s security); and longer-term gains over short-term wins (including multi-year funding).  SGI also benefits from the expertise of a broad range of stakeholders by working closely with non-governmental organizations and coordinating with international donor partners.

Finally, a seemingly mundane but crucial element of SGI is its dedicated team, housed within the State Department but including representatives from the Departments of Defense, Justice, and Homeland Security, as well as the U.S. Agency for International Development and the National Counterterrorism Center.  The value of putting people on one team, in one place, cannot be underestimated.  This set-up not only helps to alleviate structural issues, institutional tensions, and potential miscommunications, but also connects the many areas of expertise that makes SGI’s holistic approach possible.

Of course, SGI is a work in progress; its model is promising but not yet fully proven.  While experts have accurately pointed to the initiative’s small scope and light funding ($65 million in the first year and $83 million in subsequent years), the intention was always to grow SGI once the initial concept was shown to be successful.  It is also worth reiterating that institutional reforms can be far less costly than traditional security programs that include large expenditures on equipment (and SGI can help make train and equip programs more effective and sustainable).

SGI offers the real possibility of fundamentally changing how U.S. assistance builds security capacity in partner states.  With sustained attention and commitment, SGI’s potential is as dramatic as it is widespread; the next Administration should take the opportunity to build on this encouraging beginning.

The Author is Grant Harris

Grant T. Harris was Special Assistant to the President and Senior Director for African Affairs at the White House from 2011-2015, during which time he led the creation of and coordinated the Security Governance Initiative.  He currently is CEO of Harris Africa Partners LLC.