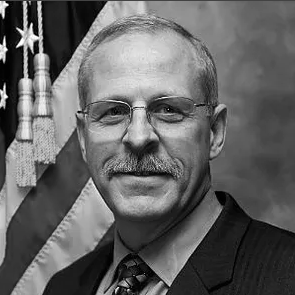 “Narcos” is the Netflix fictionalized series that traces the rise and fall of one of the world’s most notorious narcotic traffickers, Colombian drug lord Pablo Escobar. (Spoiler Alert: If you haven’t finished the series, you may want to save this article for later!)

As the head of the Medellin Cartel, Escobar supplied up to 80 percent of the cocaine smuggled into the United States. It made him one of the richest criminals in history – Forbes listed him as one of the richest men in the world, on multiple occasions. At his height, he was estimated to be worth up to 30 billion dollars.

Two U.S. drug enforcement agents – Steve Murphy and Javier Peña – depicted in the Netflix series were instrumental in bringing down Escobar. They successfully dismantled the Medellin Cartel, and Escobar was killed on December 2, 1993, as described in The Cipher Brief.

This week, The Cipher’s Brief’s Leone Lakhani talks to the real life Steve Murphy about the technology used to track down Escobar and the challenges of inter-agency cooperation.

The Cipher Brief: In the series, I was struck by how extensive his [Escobar’s] counterintelligence was – the children on the street, airport personnel, taxi drivers. He basically bought the town, and they worked for him.

Steve Murphy: He did. Corruption was a problem, but there’s a couple of reasons for that. I’m not trying to justify corruption. I just want to present the situation. You make that determination.

Let’s just say that you’re a magistrate judge in Colombia and an attorney comes to you and says, “I represent these individuals who may or may not work with Pablo Escobar, and there are some charges against some of his associates. We’d really appreciate if those charges could go away.” Of course, you say “no.”

It goes back to the saying “plata o plomo.” That stands for “silver” or “lead”: you can work with us and be paid, or you can work against us and receive lead, in the form of a bullet. And if Pablo said you were going to die, you died.

After his escape from prison in 1992, Escobar evaded authorities until his death in 1993. During that time, a vigilante group known as Los Pepes was formed in opposition to Escobar. It reportedly included members of rival drug traffickers, like Judy Moncado and Don Berna. Both became informants in the hunt for Escobar, although Murphy is clear that neither he, nor Peña handed any classified information to the Colombians as shown in the series. It was also a time when the DEA agents finally joined forces with other intelligence agencies to bring down Escobar.

TCB: One of the aspects that comes up in the series is just how difficult inter-agency cooperation was between DEA, State, the CIA, and U.S. SOUTHCOM, especially when the priority at that time was the Cold War, instead of narco-trafficking.

SM: You’re absolutely right. There were two different missions here. One of our problems was that we knew they intersected, but we couldn’t get the other [U.S. agencies] to agree that there was crossover between the narcotics trafficking and insurgent activity.

Narco-traffickers are, let’s call them, poly-criminals. They’re not just solely cocaine distributors. They’ll make money wherever they can. So rather than having the guerilla faction attack their labs or kidnap their people, they said, “Let’s join together. I’ll pay you to provide security for my labs and don’t kidnap my people.” That’s when we started seeing that crossover.

But we could not get the intel community to agree to that, at that point. The only way we got it to work was with an Ambassador stepping in and forcing us to work together.

TCB: We saw technology – sat phones and cell phones – which were very advanced at the time. But Escobar’s people were way ahead on that as well. Were you constantly playing catch-up?

SM: We were. Escobar had so much money. He could always buy the latest and greatest toys. Any operation we ever went on, we are always out-gunned. I’m going in with a 9mm pistol and you’re up against 7.62 rifles and grenades, RPGs, and even stinger missiles.

We had the Ambassador forcing us to work together – he forced the intel community to bring assets that are not typically available to law-enforcement.

We can talk about it now because it’s unclassified. Center Spike was equipment that would collect communications and helped us identify Pablo’s voice, who he was talking to, what he was talking about, and of course what we wanted: the location.

Now the cell phone technology back then was not like we have now. It was basically radio-telephones. If you’re talking on the radio phone, what you have to do is try to identify the frequencies he’s talking on, and there are thousands of freqs to choose from, so it’s not as simple as it sounded. It’s the proverbial needle in a haystack.

Then you send your ground troops in with handheld directional finding equipment. Literally, they would ride in a car with antenna in their hand, held out the window. They’ve got the meter in the other hand as the strength of the signal would increase, the meter would react – that’s how they knew they were going in the right direction or wrong direction.

As you saw in the show, the first raid they made on Pablo Escobar was an empty place. That actually happened. That was true.

But Lieutenant Martinez figured out what the anomaly was. He adjusted for that, and you know what, he found Pablo Escobar. He actually saw Pablo looking out the window.

That sighting of Escobar on December 2, 1993 led to a fire fight with Colombian police and the death of Escobar. There are many theories about who killed the drug kingpin. Steve Murphy, who believes Escobar was killed by Colombian police, shared his account with The Cipher Brief.

TCB: What happened to you, your family, and Pena right after Escobar died. Did you have to leave Colombia after that?

SM: The day that Escobar was killed, they got me back to the police base, and we went into lockdown because we expected retaliation attacks that night. Turns out it was one of the quietest nights I ever experienced in Medellin. It was wonderful.

The next day Javier had been in Miami because he was chasing down a lead that we knew was ridiculous but the Ambassador made him go, so he was actually in Miami when word came out that Escobar was killed.

He flew back to Colombia that night. The next day, they flew into Medellin, brought a helicopter gunship into the base, got me out, went back to Bogotá. We literally partied all weekend to celebrate.

Soon after that, Murphy and his wife – who never left Colombia, as shown in the series – returned to America with two Colombian girls they had adopted. Murphy says it was time to move onto their next case.

SM: We knew that was the case of a lifetime. We knew it was a really big case, that we would never work another case of that magnitude.

People like to say “you guys are true American heroes.” We’re not heroes. We’re professional law-enforcement career officers. The true heroes in this whole thing are the Colombian National Police, because they had to continue to live there and face the dangers – not just them, but their families too. The other heroes of this are all the innocent victims, who simply were in the wrong place at the wrong time and were just killed by circumstances.

TCB: Do you think Escobar’s death made a change in terms of the war on drugs?

SM: Yes and no. It was the first time that an international cocaine trafficking organization was completely taken down. We’re pretty proud of that fact.

But then what happened? Are we still having a cocaine problem here in the United States? Absolutely. Did another organization step up? Yes. It’s called the Cali cartel, and some of the strategies and procedures we used against Medellin were used against Cali, and they were successful – we got those guys taken down. We decimated that organization.

If you missed it last week, click here for Part 1 of oThe Cipher Brief’s interview with Steve Murphy, or you can listen to Part 1 and Part 2 of our special 15 Minutes podcast.

The Author is Steve Murphy

Stephen Murphy worked his up way from a police officer in West Virginia to the Deputy Assistant Administrator of the DEA. During his 37 years in law enforcement, Murphy was stationed all around the world, most notably as one of the two DEA agents who brought down Pablo Escobar. After retirement Murphy, along with his partner Javier Pena, created the company DEA Narcos, under which they lecture on drug trafficking trends and... Read More

John Sipher retired in 2014 after a 28-year career in the CIA's National Clandestine Service, which included serving in Moscow and running the CIA’s Russia operations. Sipher served multiple overseas tours, as Chief of Station and Deputy Chief of Station, in Europe, the Balkans, Asia, Southeast Asia and South Asia. He also ran Russian operations at headquarters. He retired as ...