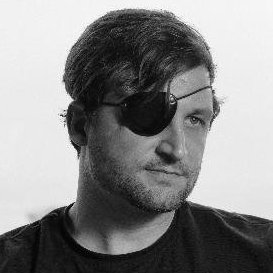 The fighting in Syria – and ever-rising death toll of civilians caught in the middle – is so horrifying that many seemingly have chosen to look away.

Though hundreds of thousands are killed and millions more are forced to flee, headlines from one of the worst humanitarian atrocities on record are often buried beneath troubling matters closer to home.

Many are all-too-willing to turn a blind eye to Syria, hoping the crisis will simply resolve itself.

Photographer Nish Nalbandian is among those rare few willing to risk his life and sanity so that others might gain some understanding of the maelstrom of violence swirling in Syria for the last nearly six years.

During several trips into the country, Nalbandian captured images in and around the city of Aleppo that are haunting and stirring in their depiction of those battered by war, and the resilience of those who are still standing.

His photo book, A Whole World Blind (Daylight Books 2016), illustrates just how devastating and hard fought their struggle is. Its images of injured and armed Syrians and the waste laid to their homes will not be forgotten once looked upon.

The photos were taken during several trips into Syria in 2013 and 2014, a period when the fighting between rebel groups and Syrian regime forces was a back-and-forth battle with mounting casualties on both sides. Since then, the fight for eastern Aleppo turned into a Syrian-regime led massacre with the help of Moscow and various militant groups. As it stands now, the rebel held areas of the city have fallen.

Among his most memorable shots from the book is one of a man with his hood up holding a rifle, smoke billowing in the background.

“That guy’s look sticks with me because his face carries the burden of what he’d just seen: a regime shell hit a house and had wounded and killed a bunch of people,” he said in a recent interview with The Cipher Brief while recalling the incident.

It is one of numerous recollections he has about those he photographed in Syria, having taken the time to get to know his subjects rather than just capture a moment and move on.

That personal connection with those in front of his lens makes the current news out of Aleppo all the more distressing for him. Nalbandian expressed horror at how the international community could allow such a catastrophe to unfold.

“I am disgusted at what the world has allowed to happen in Aleppo,” he said. “I really fear for those left alive, because the regime has shown itself, both before the war and during the conduct of the war, to be brutal and not afraid to use torture.”

That kind of immersive photo-taking is not an easy task, particularly for a relatively recent arrival to the world of conflict photojournalism. The time Nalbandian spent in Syria was his first experience covering a war.

While other photographers have logged more time at the front, he had an advantage. Nalbandian possesses the enthusiasm of a young photojournalist, eager to tell important stories with the eye of a compassionate, experienced lensman not jaded by war’s past, giving his photos a unique humanity that makes his work unforgettable.

I can say from my own experience that no story is more difficult to cover than conflict. Most of your energy and time is spent getting to the scene, surviving while there, then escaping. Hopefully, you come home alive and unscathed, your camera filled with something worth sharing with the world.

Few return with work that is exceptional. Great conflict photojournalists stand above the rest because their inherent composure in the line of fire allows them to make images that often times stir the masses into taking notice and leaders to take charge in ending the relentless, unnecessary suffering of those innocents caught in the middle.

Nalbandian’s work in “A Whole World Blind” tells the story of Syria with an eye toward illuminating the faces of those whose lives were destroyed by violence and terror largely beyond their control.

Foreign journalists have largely stopped covering the war from inside Syria due to the risk. Those that have cheated death or avoided the frontline or seen friends and colleagues killed are forced to make a difficult decision: keep risking their lives or find another way to tell the story.

Nelbandian and I discussed this dilemma, having both been caught in the crossfire too many times to count. There are loved ones back home to consider and the ever-present concern that our luck will inevitably run out one day.

Then there is the frustration that no matter how many stories are told or images taken, that the work isn’t been seen by enough eyes, especially those who can play a role in ending the pointless killing—Washington included.

“I don’t think anyone in Washington got how popular the revolution was or understood why so many people joined al Nusra in particular,” said Nalbandian. “They were blinded by ‘Islamism’ or ‘Islamic terrorism’ so much that they didn’t see the real people who were there.”

It is a debate still without a satisfying answer that tears at those like Nalbandian who risked their lives in hopes of opening the world’s eyes to horrors they’d rather ignore.

The Author is Carmen Gentile

Carmen Gentile has written for some of the world's leading publications including the New York Times, TIME, Newsweek, USA Today and many others. He has also produced online video reporting for The Times and TIME. He has covered both the wars in Afghanistan and Iraq, embedding with soldiers on the frontline. His work has also taken him to Nigeria, where he reported on the continuing unrest in the oil-rich Niger Delta, and Brazil, where he traveled throughout the region covering bouts of... Read More