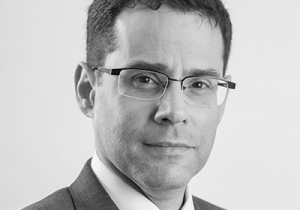 Conventional wisdom suggests Asia’s increasing wealthy and educated population will make it the most dynamic region of the world and that it will drive the global economy in the 21st century. However, there are many risk factors to keep an eye on. In his new book, “The End of the Asian Century,” Dr. Michael Auslin of the American Enterprise Institute describes these risk factors related to economic, political, and security issues and how they could affect Asia’s promising future.

The Cipher Brief: Your original book idea was more optimistic than the final argument you ended up with. What did you see in your research that compelled you to change course and write The End of the Asian Century?

Michael Auslin: Well, I started off wanting to write a book about how America’s future was increasingly determined by its relationship with Asia. In essence, that our future had to be an Asian one. That we needed to put aside our DNA that was Atlanticist in origin and instead embrace the Pacific within us. So, I went out to Asia to find the evidence for that. I’ve been dealing with Asia for 25 years, I lived there for a number of years, so this to me was sort of capstoning all of what I had seen over the years that really tracked with the common wisdom about the shift of power from West to East.

But, when I got there, the people who I was talking to, which ranged from government ministers and actually some leaders of countries, all the way down to cab drivers, were talking about the things that they were worried about. It was the things that they feared and the problems they thought weren’t being addressed, and in many cases they would very personally say, “These are the things that you guys in America aren’t paying attention to, that you’re not thinking about.”  So after resisting for a while, I realized that there was simply another side to the story, to the Asia that we thought we knew, and that it would be extremely interesting and useful to take a look at all of the risks in Asia.

TCB: In organizing that argument, you employ what you call a risk map.  Can you explain how this works and why you organized the book in that fashion?

MA:  The question was, “How do you capture risk? How do envision what risk looks like across a wide region?” The region that I deal with is from India to Japan. It’s the dynamic crescent that includes half the world’s population and all of the world’s largest countries, nuclear countries, 40 percent of global output, and the like. So it’s an enormous area. You could go through it country by country, which I always find less satisfying. You could look at it just from the U.S. perspective, “What are our equities, and the economics, and security, and the like?”

But after a while, I just wanted to try to do something a little more innovative, and I thought, everyone knows what the geographic map of Asia looks like in terms of the countries, their shapes, the oceans, and the like. What would a risk map look like? That’s what you really needed to chart: risk. So we went through lots of ideas, and what we came up with was a risk map that looked like a geographic map, meaning we created an imaginary continent that I call Risk Asia.  On that continent are five regions: number one the lack of economic reform, number two is demographic challenges, number three unfinished political revolutions, number four the lack of regional community, and number five the risk of war.

The map itself looks like a fantasy Lord of the Rings style map. If you were walking through this continent, these are the regions and then the sort of sub regions within them. Whether it’s the debt problem, or pollution, or corruption, or territorial disputes, these are all of the sort of sub-regions within these larger regions.  Hopefully what it does is get people to conceptualize risk in an interesting way, and they see not only its discrete contours, but at the same time the way in which it is integrated or overlaps with the other risk factors.

TCB: You cover a lot of different regions, you’ve organized it in terms of risk factors, but are some of the key issues you identify as problematic to Asia’s future prosperity?

MA: The five risk regions of the map correspond to the five chapters. There’s a final chapter on “What do we do about it?” but primarily its these five chapters. And as I mentioned, it starts off looking at the issue of failing economic reform around the region, and it goes from countries that are free, open economies to controlled economies; from democracies to autocracies and the like. Obviously, a lot of that chapter focuses on China, which is the main driver for the past couple decades and really sort of sets the case in Asia economically, but it looks at how countries took the quick route to wealth and did not solve some of the major underlying problems. Japan, for example, for 25 years has really been unable to get out of economic stagnation, and China is heading into it. India may never grow enough to even get there. The first chapter looks at how governments have failed largely to deal with the structural problems in their economies and come up with viable reform plans for sustained growth.

The second factor that I look at is what I call the Goldilocks of demographics—either too many people or too few people, and in many ways this will be the key driver for most governments over the next generation. You have countries like Japan losing population but are wealthy and therefore able to mitigate the effects of that, at least for now. You have countries like China, which are about to start leveling off and then lose population, and since they’re not wealthy, it’s going to be a much more difficult transition for them. So, for different reasons, for each government in the region, demographics are really in some ways the most pressing social issue that they have, and that bleeds over into economics as well as politics.

Number three, there’s a fragility to so many of these political systems around the region. We think of it as being settled; the Chinese revolution was in 1949, the Japanese in 1868, Korea in 1987, but the reality is that there is an enormous amount of unrest in all of these countries. You can look at China where there are 200,000 protests of some kind every year. You can look at enormous riots in India that occur fairly regularly. Or you can look at the quieter things, the deep and corrosive cynicism in Japan. We can’t be sure that we’re not going to see any political changes in Asia.

The last two chapters are in the nature of the problem they tackle regional. The first is, Why is there no political community? Why is there no Asian EU? Why has there been very little substantive movement towards creating a type of regional community that can self-identify as part of a group that will work together?” You know, again, a la Europe, “Why can’t it solve problems together? Why can’t it identify problems? Why do all the solutions have to be ad hoc and often bilateral? And the inefficiencies that that introduces into resolving joint problems, be it proliferation, be it other problems. So this is really, again, something that becomes more of an issue when you look at what we thought is a region getting wealthier, trading with each other more, developing middle classes throughout these societies, and yet they still have very little working relations or trust.

And that’s what leads to the last chapter which is, Is Asia closer to war today than it was five or ten years ago? I think the answer is yes.  Asia is unfortunately, again, a region which has not solved these problems—territorial disputes and the like—it is not a region that has been able to put its history behind it, instead, collectively spending more on arms than any other region in the world. It finds itself at loggerheads over territorial disputes in the South and East China Seas, or between China and India on the frontier, or the divided Korean peninsula, or the like.

Those are really the five major risk factors I think the region faces, and all of them, I would argue, have been getting worse over time, not better.

MA: Certainly the economics is an easy one to think about. When the Chinese stock market collapsed in the summer of 2015, it sent shock waves through the global equities markets. Were that to be a really, major implosion in Asia, a sort of long term collapse, you can imagine what would happen. All of the companies that are invested in China, all of the countries that have invested in the stock market, as well as putting money into joint ventures and the like—a real downturn in the Chinese economy would have major reverberations throughout the global economy.

War too, of course. You have nuclear powers in Asia, you have the United States potentially involved because of our alliance commitments. This could be something that would severely depress markets, it would interrupt supply chains, it would cause enormous uncertainty, and population flows, and the like. A conflict that had spillover effects for the region could be something that has effects on a much more global scale—especially when you’re talking about countries like China, India, and Japan. It’s almost inevitable that the effects cannot be contained to just their borders. Those I think are the big ones.

TCB: You’ve spent a lot of time studying and thinking about all of these issues. Is there any one issue that keeps you up at night, that worries you the most?

MA: I think that, certainly in the short run, it is the potential for accident or miscalculation that would spark an armed clash in the South China Sea or East China Sea. Simply an accident or miscalculation. The longer that these things go on, these disputes over the Senkakus or over the Spratlys, especially now that China has militarized its islands down in the South China Sea, it becomes more possible that an accident will cause a clash, and a clash could cause a conflict. And that itself could spiral out of control when you start factoring in nationalism, national pride, historic mistrust, and the like. That’s really the one in the short run that keeps me up at night.

The Author is Michael Auslin

Michael Auslin is a resident scholar and the director of Japan Studies at the American Enterprise Institute (AEI), where he specializes in Asian regional security and political issues.  Before joining AEI, Auslin was an associate professor of history at Yale University. He is a biweekly columnist on Asia for The Wall Street Journal, and his books include the forthcoming The Asia Bubble (Yale University Press), and Pacific... Read More