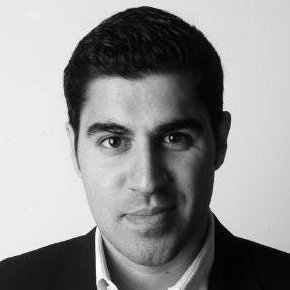 In his new book Connectography, Senior Research Fellow at the Lee Kuan Yew School of Public Policy at National Singapore University, Parag Khanna, maps out the layers of infrastructure that connects our globalized world. Khanna argues that the social, digital, and economic connectivity provided by this infrastructure explains far more than the geopolitical borders, which define conventional maps. The Cipher Brief’s Fritz Lodge sat down with Khanna at the Aspen Ideas Festival.

Maps included in this article are from Connectography.

The Cipher Brief: Can you explain the concept of Connectography?

Parag Khanna:  Connectography is the fusion between geography and connectivity, and connectivity is the multiple layers of infrastructure, which we have physically built in the world.

The first layer is transportation infrastructure: roads and railways; the second layer is energy infrastructure: pipelines and electricity grids, etc.; and the third layer is communications infrastructure, particularly telecommunications, wireless, and Internet cables. So, the premise of the book is that we don’t accurately map, appreciate, observe, or even forecast the role that this infrastructure plays in reshaping global affairs. Yet it does have a profound impact.

TCB: When you say that infrastructure is misunderstood, do you think that is the source of the “infrastructure gap,” which is currently equivalent to a nearly $1 trillion dollar shortfall in global public infrastructure?

PK: Infrastructure is misunderstood on two levels. First, we think of it as a sort of an inert thing, but it actually has a life cycle. It is born, it is built, but it also decays and finally dies. Along that process it can catalyze our economic productivity, or it can slow us down through congestion and waste: inefficiency, slow broadband rates, dropped calls, traffic, poor energy distribution, whatever the case may be.

The second thing we don’t appreciate is the extent to which infrastructure very manifestly modifies relations between countries, because as soon as countries share infrastructure and utilities, and the resources that are transmitted across them, it changes the nature of their relations.

The notion of sovereignty as an absolute, dominating principle is not only intellectually mitigated by two countries that happen to like each other, but it’s something much more than just the intellectual shift, it’s a physical unification of those countries. The European Union (EU) is obviously the foremost example, because it actually began as a cross-border infrastructure supply-chain management system. It was all about managing the coal industry of Europe, collectively. So infrastructure has always played a role, particularly over the last 70 years, in demonstrably changing politics between countries.

This same phenomenon is being replicated all over the world. Our relations with Canada and Mexico are very different today than they were. That’s not just because of NAFTA, but because of oil and gas pipelines, railways, and other kinds of projects, which physically link our countries like, for example, the San Diego-Tijuana airport terminal, or the fact that Mexico has liberalized its energy sector and now we’re investing there.

So in the book I ask what are the most important lines on the map, what are the most important lines that shape relations between countries? Is it their borders, or is it the infrastructures across the borders? My conclusion is that it’s the latter, which is why we should map them in order to appreciate them. And obviously internet cables and the sort of digital connections between countries play a huge role because we obviously can have more communication, understand each other better, do more business with each other in the services economy – which is now more valuable than the goods economy – and so on.

TCB:  But, as you say, those digital links are physical as well, right?

TCB: You talk in the book about how this infrastructure changes the way nations compete in the modern world. Can you explain that point in more detail?

PK: Once infrastructure is built, there’s a competition to control it, and that’s what I call “Tug of War.” Infrastructure, like a pipeline or a highway or an internet cable, is similar to a rope in a tug of war competition, in that you’re trying to gain the maximum share of that rope. In this case, not the physical rope but the value-added of that rope, the economic activity and wealth that it represents. We see that happening, for example, with gas pipelines in Ukraine. Before Russia actually invaded Ukraine, there was a constant tug of war over benefit from the transit of revenues of gas through Ukraine. That was a commercial tug of war between Russian oligarchs and state-owned gas companies, and Ukrainian oligarchs and state-owned energy companies. And actually even companies, which united mutually corrupt Ukrainian and Russian oligarchs, including even the heads of state of these countries. So it really shows how multilayered, overlapping, and murky this all is.

TCB: Would you say that, whereas in the past we fought over resources, today we fight over the means by which those resources are channeled to the global economy?

PK: It’s sort of both. The example I’ve used in the past is, ten years ago, we all thought there would be war between the U.S. and China over Arab oil.  Instead, China is buying American oil, so this is a huge flip. We definitely do not need to have resource wars over hydrocarbon for the rest of the human race because, not only do we have a lot more oil than we thought, it’s more geographically distributed than we thought. In addition, we have a lot of gas, more than you’d ever need for the rest of future humanity.

There’s zero reason to ever fight a war over hydrocarbons today because supply can always meet demand. The volatile choke points that geopolitics has been obsessed with for centuries—the Straits of Hormuz, the Straits of Malacca, and the Suez Canal—we’ve always felt that any conflict in these chokepoints would lead to war. Today, you could block all three and you could still ship over the Arctic, over Africa, overland through AIIB corridors. You don’t have to fight over it. It would be terrible to block it and maybe you’d want to attack that terrorist group or whoever blocked the chokepoint, but you wouldn’t want to fight World War III over it. Supply is going to meet demand when it comes to energy.

The question is, who gets to make the money off of the oil and gas that does get sent out? And that’s what’s most interesting. Again, it’s not a war over oil, it’s a war over profits from oil. The big story in energy markets over the past year has been Saudi Arabia’s attempt to bankrupt Texas shale producers. That was tug of war because we all have oil, the question is who gets to sell to the market. So the Saudis were saying ‘if we bankrupt the Texans, we’ll control a higher share of the market, just 1 or 2 percent more amounts to tens of billions of dollars.’ It didn’t work, because America’s a resilient economy, you had mergers & acquisitions in the energy sector, prices stayed low anyway, etc., so the Saudis kind of shot themselves in the foot. But that’s tug of war. When America no longer imports oil, West Africa loses, it’s just lost a major export market. If you think of oil producing African countries as nine members of the tug of war team of African energy, all nine of them just lost their grip.

TCB: What do you think the best example is of where the political/geopolitical map focused on national borders just doesn’t match up with the infrastructure map?

PK: Europe obviously. Continental Europe is sort of the egg that can’t be unscrambled, and that’s really not debatable. There is an almost insurmountable set of arguments that you have to make if you want to prove otherwise and no one has done so. That’s why it hasn’t happened for God’s sake.

Canada, the U.S., and Mexico are another good example. No matter how many Donald Trump candidates you have for president, there’s more and more integration across North America. Just recently, Justin Trudeau, Barack Obama, and the President of Mexico were in Ottawa at a summit about deepening American integration.  Do you think any of them care what Donald Trump is saying? Absolutely not, they’re talking about how to buy into Mexico’s energy system, how to buy into its financial industry, how to get more oil and water from Canada, talking about a joint Arctic strategy, talking about a thousand and one things that have to do with more integration.

My premise in the book is that we will inevitably become a North American union. It will not have a supranational structure, because three countries don’t need a supranational structure. Twenty-five countries do, but not three. I believe that we are moving towards our own kind of North American Union that will not look like the EU, but it will be more of a union than ever before. And we can appreciate it better if we look at the existing infrastructure connectivity of North America, which is very extensive. The two most legally trafficked borders in the world, every day, 365 days a year, are our two borders with Mexico and Canada. So it’s kind of ridiculous to be talking about a wall that’s going to stop 5,000 random illegal migrants. It’s a rounding error, it’s an utterly insignificant number.

TCB: You write about “Devolution” and rapid urbanization over the past few decades. Do you see the power of connected city states rising to become a kind of new normal?

The Author is Parag Khanna

Parag Khanna is a leading global strategist, world traveler, and best-selling author. He is a Senior Research Fellow in the Centre on Asia and Globalisation at the Lee Kuan Yew School of Public Policy at the National University of Singapore. He is also the Managing Partner of Hybrid Reality, a boutique geostrategic advisory firm, and Co-Founder & CEO of Factotum, a leading content branding agency.