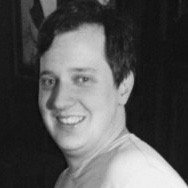 Earlier this year, Mr. Robot shocked many observers by winning the “Best Television Series – Drama” award at the Golden Globes.

The show had earned raves from critics and a small but devoted online fan base, but no one saw that win coming.

Then last month, the show was nominated for six Primetime Emmys, including Best Drama. Suddenly, it’s the hottest show on TV.

This could be, in part, because it’s like nothing else on TV. It’s simultaneously a realistic – if exaggerated – depiction of hacking attacks and a far-out psychological thriller.

I won’t spoil it if you haven’t gotten through the first season—the second one just started airing on the USA network—suffice it to say that our main character Elliot Alderson—played by Rami Malek—isn’t just a quiet, eccentric loner.

He’s also one of the most gifted hackers in the world, working for a high-tech security firm, who is recruited by a mysterious Mr. Robot to moonlight with “fSociety,” a group of hackers set on taking down the system, specifically in the form of “E Corp” (a.k.a. “Evil Corp”), a global company based in Coney Island, which controls much of the credit industry.

In the early episodes, we witness how the ability to hack into anyone’s information is both powerful and dangerous, and as the story goes on, Elliot sets his sights higher.

Minor spoiler alert: Not only does E Corp suffer a calamitous hacking attack, but we also see other effects a skilled hacker can cause – in one case, it literally hits home, as a woman’s “smart home” creepily turns against her in a hack carried out by fSociety.

As you may have guessed, this series is seen through the eyes –and in many ways, the ideology: think the Occupy movement, which made headlines five years ago protesting Wall Street and corporations—of Elliot and his fellow hackers, though like many of the most acclaimed shows of the modern era, things aren’t always black and white.

As mentioned above, the show’s depiction of hacking is real, and after so many hackings of companies, organizations, and government entities in recent years— Sony, the Office of Personnel Management (OPM)—it’s become easier to believe.

It goes beyond the headlines, when we see results that are dramatized in ways that we haven’t seen in the real world, such as a corporate chief committing suicide on live television, for example, and the “Fight Club”-esque revelation about the true identity of Christian Slater, a.k.a. hacking mastermind Mr. Robot.

The realism can be attributed  to hacking consultants on the show, including staff writer and technology producer Kor Adana; Andre McGregor of Tanium, a cybersecurity firm; and Marc Rogers, who heads information security for Cloudflare (not to mention a longtime hacker).

The consultants see what they’re doing as a public service, in many ways.

“If we can get everyday, average citizens to realize that you want to ask those questions of companies where you’re doing businesses – how are you protecting my data? – then everyone wins,” McGregor told CNet.Most importantly, he hopes those who make the decisions – even more so after recent revelations about one political party’s stunning lack of cybersecurity – are listening as well.

“If I could get every member of Congress to watch Mr. Robot, I think we would finally have the level of government cooperation and research that we need in cybersecurity,” McGregor said.

The Author is Henry Hanks

Henry Hanks spent 11 years at CNN, covering a wide variety of topics for the network's website, with special focus on pop culture.