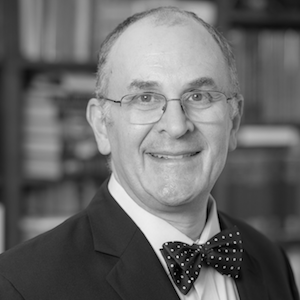 As January 20th approaches, America prepares for a new Commander-in-Chief, who will face one of the most difficult foreign policy landscapes since the end of the Cold War. The rise of China as a strategic and economic competitor, the threat of violent Jihadi movements, countries challenging the status quo such as Russia, Iran, and North Korea, and the ungoverned domains in the cyber realm and outer space all present daunting challenges. The Cipher Brief spoke to Dr. Eliot Cohen about his new book, “The Big Stick: The Limits of Soft Power and the Necessity of Military Force” to learn more about how military force must remain an important pillar of U.S. foreign policy as it confronts these challenges.

The Cipher Brief: In your career, you’ve examined the use of military force as both an academic and as a policy advisor under the George W. Bush administration. Why is now the time to write this book?

Eliot Cohen: For some time, it has struck me how the community of foreign policy thinkers and practitioners have drifted apart from that of defense experts and strategists.  With this book, I hope to bring them into close dialogue, as they should be. Of course, the extreme messiness of the world, the multiplicity of threats we face, and the instability of multiple regions makes it more urgent. Finally, we are only now having the great debate about the purposes of American power that we should have had at the end of the Cold War. That is now occurring, and The Big Stick is intended to contribute to that.

TCB: You began researching and writing this book long before we knew the outcome of the 2016 presidential election. With a new administration, and therefore a new foreign policy direction entering the Oval Office, what points in your argument on the necessity of military force are especially relevant for the new administration?

EC: I hope they pay most attention to the last chapter, The Logic of Hard Power. Donald Trump, like his two predecessors, will be a wartime Commander in Chief. Unfortunately, and also like them, he is unprepared by education and prior experience for that role. In the absence of having dealt with these issues, or even having had the opportunity to give them concerted thought, it is particularly urgent that he understands what it takes to exercise military power effectively – including a healthy respect for its unpredictability, the need for steadiness, and the importance of perseverance.

TCB: In your book, you outline four major challenges: the rise of China as a superpower; threats from violent Jihadist organizations; states that wish to challenge the status quo, such as North Korea and Iran; and ungoverned domains—cyber space and outer space. Looking forward, which would you say is most easily managed with hard power as you outline it, and which is most difficult?

EC: Strange as it may sound, the second one, the jihadi threat, is the easiest to manage. That is in part because the role of military power is important but secondary. We use it to eliminate key leaders of these groups, and we can bolster partner armed forces. But critical though military power is to that fight, lots of other things – including what used to be called political warfare – matter just as much.

The hardest challenge is that posed by a China that, because of its wealth, ambition, and in some cases belligerence, intends to assert regional hegemony, effectively shouldering us out of Asia. They will require the most care to overmatch, on the one hand, without stumbling into a war on the other.

TCB: Early in The Big Stick, you discuss the strength of America’s military “poker hand” and a shrinking margin for error in geopolitics. What would you say is the most important factor for mitigating or reducing the danger of this shrinking margin?

EC: The most important element is also, unfortunately, the one in shortest supply: statesmanship. That is a compound of many things – patience, diplomatic skill, vision, high level organizational skill, and persistence. If there is one thing that worries me, it is the possibility that we will have an American administration that is internally disunited, unable to sustain a coordinated policy, excessively reactive, careless about alliance management, and inconsistent in its policies.

TCB: When not writing, what are you reading?

EC: I have been re-reading of late Anthony Trollope’s Palliser novels, which are wonderfully leisurely and shrewd accounts of nineteenth century British social life and politics. And then, pursuing my chief hobby, I am also re-reading Darwin Ortiz’s terrific book on the psychology and showmanship of conjuring, Strong Magic. And, unfortunately, the history of the 1920’s and 1930’s, in the form of Zara Steiner’s definitive, two-volume international history of that period, The Lights that Failed and Triumph of the Dark. The parallels with our time are uncomfortable, which is why I often scurry back to Trollope and Ortiz!

The Author is Eliot Cohen

Eliot A. Cohen is the Robert E. Osgood Professor of Strategic Studies at Johns Hopkins University's School of Advanced International Studies (SAIS).  He previously taught at Harvard and the Naval War College, and he served on the policy planning staff of the office of the Secretary of Defense and was Counselor at the State Department.  Cohen is the prize-winning author of several books, including the just released, The Big Stick: The Limits of Soft Power and the Necessity of Military Force.