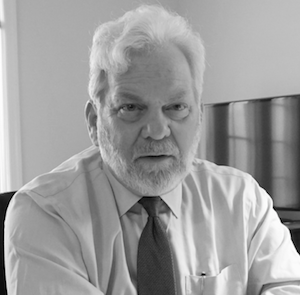 Enhanced Interrogation: Inside the Minds and Motives of the Islamic Terrorists Trying to Destroy America is a firsthand account of the CIA’s controversial interrogation program – which most famously included such techniques as waterboarding – by one of its architects, psychologist James Mitchell, who also served as an interrogator, and former CIA spokesman Bill Harlow.

Mitchell, not surprisingly, is comfortable with the kinds of practices that were included in the interrogation program and were used on suspected terrorists at CIA secret prisons overseas as part of the effort to prevent further catastrophic attacks, although he did not necessarily agree with all of them.

Mitchell said in an email that loud noise was replaced with white noise generators to mask conversations, and that he does not advocate the use of loud noise.  He said that he believes “some form of legal coercion will be necessary” to obtain timely intelligence, but that it need not be waterboarding.

In his book, he disagrees with “people who don’t understand what we did, how we did it, or why,” who say the program’s actions were contrary to American principles. He believes, though, that they were over-used, a point he explores in the book. He is critical of how it has been portrayed, as well as how it was implemented in some cases.

Readers looking for an unvarnished defense of the program or an epiphanic denunciation should look elsewhere. The truth about the CIA interrogation program is “messy, more so than people on either side of the EIT issue would have you believe,” Mitchell writes, adding, “It is not the case that no abuses occurred, nor is it the case that the CIA’s interrogation program was rife with the illegal abuse of detainees.”

He is neither an Islamophobe nor the blind cheerleader for the program that one might expect, pointing to ways the program needed to be controlled and monitored.  While his descriptions of episodes such as the interrogation of terrorism suspect Abu Zubaydah are not as dramatic as others’, he does not try to paint being subject to EITs as a pleasant or easy experience, or a technique to be applied casually.

In one passage, he talks about conversations he had with colleague Bruce Jessen following EIT sessions, particularly if they included waterboarding, one of which followed the session with Zubaydah.

“We didn’t like using EITs,” he writes, “and we used the walks to think about what we were being asked to do and consider whether we were making the right decision in continuing.  I often felt that I was balancing my sense of morality against the cost of innocent lives.  Because there was credible intelligence that another wave of catastrophic attacks was imminent, I couldn’t bring myself to soothe my conscience by putting the lives of others at risk.  Neither, I think, could Bruce.  But we had a line, and we checked every day to be sure we hadn’t crossed it.”

He is pretty hard on those he thinks took to the program too far. One chapter deals with the questioning of Zubaydah and Abd al-Rahim al-Nashiri, believed to have been the mastermind of the 2000 attack on the USS Cole in the waters off of Yemen, at a black site where he says the chief interrogator permitted use of techniques that had not been cleared by the Justice Department, and he did not believe would be tolerated by CIA leadership.  The conflict, by Mitchell’s account, continued, and at one point, the chief interrogator and chief of station accused Mitchell of being a “bleeding heart who felt sorry for terrorists trying to kill us.”

Mitchell also describes his anger when the “awful” Abu Ghraib prison photos were released, setting off “a cascading series of events that eventually would cause the wheels to come off the CIA’s interrogation program,” even though the 2004 Abu Ghraib scandal “had absolutely nothing to do with the CIA’s detention and interrogation program.” During the Iraq war, prisoners at the Abu Gharaib detention center run by the U.S. Army were subject to abuses by U.S. military personnel that became public when graphic photos of detainees were discovered.

“Our nation and the world were outraged, and justifiably so,” he said, but the pictures, including naked prisoners on leashes and the like “accelerated a downward spiral for the CIA interrogation program that had started a year or so before.”

One weakness of this book is that Mitchell is happy to paint critics of the program with a broad brush and take easy, possibly dubious, shots.  His account of a journalist telling him that she didn’t care whether she stuck to the facts, because she was interested in a “larger truth,” something that sounds like it would get her fired instantly as a reporter in any newsroom if true, gives one pause.  More to the point, while he deals with such obvious adversaries as the press and liberals, he does not take on the critics who can’t be dismissed so easily.  Senate Armed Services Committee Chairman Sen. John McCain (R-AZ), a torture victim while held as a prisoner of war in Vietnam and opponent, for example, is only mentioned once – in passing – in the book.

The writing in the book is generally pretty good, and sometimes quite engaging. He occasionally veers too far into the weeds or edges toward breathless, men’s adventure magazine style – “’Drop whatever you’re doing and report to CIA headquarters immediately,’ I was told by the voice on the phone” – and one wonders whether those criticized in the book, such as former FBI agent Ali Soufan, an ardent opponent of EITs, might want to challenge facts or quotes as depicted in the book.  All the same, sometimes the narrative style works to the book’s benefit and gets better as the book progresses; besides, it’s his tale, so he should be allowed to tell it in his own voice.

President Obama signed an executive order barring the use of harsh interrogation techniques, and President Trump has indicated he supports the use of EITs even though he will follow the advice of his national security team who oppose them. Mitchell rules out ever returning to EITs given the outburst that erupted over past revelations.  He has a hard time imagining “responsible individuals in the intelligence community queuing up to employ EITs after seeing how those of us who did so after 9/11 were treated.”

EIT use was repeatedly determined to be legal “by the highest law enforcement agency in the land,” was approved by the President and National Security Advisor, and reported “early and often” to members of congressional oversight committees, “some of whom thought we should get rougher,” he writes.

“Still, when it was politically expedient, some of the same people in our government faithlessly savaged the CIA officers and contractors they had asked to take on this mission on their behalf” Mitchell writes.

He says, though, “some form of coercion” will likely be needed, because currently allowed techniques won’t work against terrorists able to resist interrogators. He calls for the establishment of a detention facility using “the full spectrum of human influence strategies, minus EITs.“

This would be a facility, he writes, where “deceptive events” are used on specific prisoners “to pull for reactions that reveal intelligence,” where apparently safe places for captives to talk and share secrets “are subject to eavesdropping through technical collection,” and where “like-minded brothers whom detainees encounter elicit seemingly unrelated details that fit into an information matrix that yields actionable intelligence.”

This is an important and worthwhile book, and there’s a lot in it.  Readers will have to reach their own conclusions on the wisdom, morality, and utility of this program.  However, Mitchell provides a unique perspective and valuable information that should be considered by anyone – including those who disagree with him – judging this program.

The Author is Steve Hirsch

Steve Hirsch is a senior national security editor at The Cipher Brief.