On October 26, 2019, the leader of the so-called Islamic State since 2010, Abu Bakr al-Baghdadi met his end when U.S. Special Forces carried out a daring operation in the outskirts of Barisha in Idlib, Syria. Al-Baghdadi was the most important leader for the organization since the death Abu Musab al-Zarqawi in 2006. In the four years between Zarqawi’s death and al-Baghdadi’s rise, the organization was led by a series of ineffectual leaders who could not realize al-Zarqawi’s ultimate objective – the creation of an Islamic Caliphate. Al-Baghdadi realized this goal when he announced the creation of the Caliphate with himself as caliph in June 2014 at the minbar of the Great Mosque of al-Nuri in Mosul, Iraq.

On October 31, 2019, ISIS confirmed the death of al-Baghdadi and announced its new leader, Abu Ibrahim al-Hashimi al-Qurayshi. In the statement, the group called on all Muslims to proffer bay’at, or offer allegiance to al-Qurayshi. The group vaguely described the bona fides of al-Qurayshi but the use of the name Qurayshi was an attempt by the group to trace the new leader’s lineage to the Prophet Mohammad, just as the group did with al-Baghdadi. The effort to brandish the new leader’s religious credentials was certainly a ploy to maintain organizational continuity – especially at a time when the group has lost all of its territory in Syria and Iraq. This is natural given the far-flung nature of group’s wilayas (or so called provinces) and networks, which stretch from North Africa to East Asia. Maintaining command-and-control over this disparate network requires belief in a caliph who can ensure the future relevancy and coordination of the group. The group calculated that adopting the al-Qurayshi name and link to the Prophet Mohammed would be vital to securing allegiance from key figures within the ISIS overseas network. Yet, ISIS was generally quite cryptic about the identity of its new leader.

ISIS’s reticence is natural given the group’s likely overriding concern of keeping its new leader alive. After all, following al-Zarqawi’s demise the organization lost a series of leaders in a quick succession of counterterrorism operations. Despite ISIS’s desire to anonymize the identity of its new leader, leading terrorism experts pointed out that al-Qurayshi was likely identifiable with Hajji Abdullah (Amir Muhammad Sa’id Abdal Rahman al-Mawla), a wanted U.S. terrorist subject to a U.S. Department of State $5 million Reward for Justice (RFJ). In the U.S. government’s August 2019 RFJ announcement, Abdallah is identified as being involved in the abduction, slaughter, and trafficking of Yazidi women in northwest Iraq. The Department of State also highlighted the fact that he was possibly being groomed as a successor to al-Baghdadi. Interestingly, Abdallah is not designated by either the State or Treasury Departments pursuant to Executive Order 13224. U.S. government concerns regarding Hajji Abdallah’s capabilities to successfully lead ISIS may become more apparent if the U.S. government raises the RFJ from $5 million to a higher figure and designates him for sanctions. By comparison, the State Department designated Abu Bakr al-Baghdadi in 2011 and he was subject to a $25 million RFJ.

In late January 2020, the UK newspaper The Guardian provided more details regarding Hajji Abdallah (the report uses the name Amir Mohammed Abdul Rahman al-Mawli al-Salbi). Other key details regarding his background include the fact that he has long been at the center of ISIS decision-making and that he is an ethnic Turkmen – making him one of the very few senior ISIS leaders who is not Arab. From Tal Afar, Iraq, Hajji Abdallah has an Islamic scholar background like his predecessor, al-Baghdadi. It was with his religious justification that ISIS relied up on to carry out the genocide against the Yazidi minority in Iraq. Abdallah, like al-Bagdhadi and other ISIS senior leaders, also spent time in Camp Bucca in 2004. As the U.S. mission in Syria and Iraq continues to retrograde, the conditions for ISIS to create chaos in the region are ripe. The United States has ceded the endgame in Syria to a trifecta of Erdogan-Putin-Assad – none of whom have ISIS on top of their priority list. At the same time, the U.S. mission in Iraq likely casts at least one wary eye towards Iran. In fact, for a ten-day period (January 5-16) of time, while tensions rose between the United States and Iran, the United States announced the halting of its fight against ISIS. Just as al-Baghdadi leveraged the rise of the Islamic State against the backdrop of the Syrian conflict, ISIS may again re-metastasize under Abdallah’s stewardship while major powers like the United States grapple with Iran in the region, Iraq deals with domestic turmoil, and the future of Syria remains an open question. 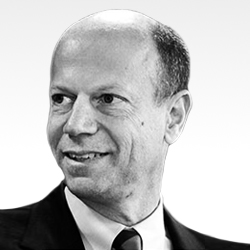