Iran has experienced intermittent periods of unrest in the decades since its Islamic Revolution in 1979, but the situation unfolding in early 2020 is remarkable for myriad reasons. The current wave of protests preceded the recent spike in U.S.-Iranian tensions after Washington killed the leader of the IRGC-Quds Force, Iranian General Qasim Suleimani, on January 3rd. In the last several months, there are credible reports that Iranian security officials have killed hundreds of protesters. At times, Tehran has shut down civilian internet access, making reporting exceedingly difficult and dangerous for local journalists. There have been distinct but related protests in Iraq as well, with widespread anger directed at creeping Iranian interference in the government and the heavily-armed Iranian-supported militias that wield outsized influence in Iraqi affairs.

Yet it was the January 8th downing of Ukraine International Airlines flight 752 during an Iranian missile attack on U.S. and Iraqi forces in Iraq that has now generated the most intense and sustained outrage among the Iranian population. During the attack, with Iranian air defenses on high alert, Flight 752 took off from the Tehran airport and was soon shot down by two surface-to-air missiles fired by Iranian forces. The Iranian government initially lied and denied responsibility for the incident, in which 176 people were killed, alleging a mechanical failure. When the open-source analysis of organizations such as Bellingcat began to circulate, it compelled the regime to drop its denials and acknowledge its role in the tragedy, sparking a wave of anger and protests.

As it became undeniable that the government had lied in its initial cover-up, protesters took to the streets in large numbers. Iranians are outraged that their government killed innocent people, many of them from Iran or with Iranian family ties. Compounding the loss of so many was the attempt to shirk responsibility. While the government ultimately labeled the incident an ‘unforgivable error’ and promised to bring to justice those deemed responsible, chants from the protesters have included ‘Death to the liars’ and ‘Clerics, get lost!’ Dispatches from the protests suggest that Iranians believe that the highest levels of the government, to include Supreme Leader Ayatollah Ali Khamenei, are responsible and must be held accountable. These are significant developments and the government has cracked down on activists by reportedly arresting an individual who provided film of the missile strike on the Ukrainian jet, while also shuttering some journalistic outlets. The British ambassador was detained and accused of participating in protests. Pro-reform candidates have also been blocked from upcoming elections, leading some to call for a boycott.

President Trump tweeted support for the protests and issued an all-caps warning to Tehran not to kill protesters. But there is little more that Washington can do to pressure the Iranian government beyond its sanction-heavy campaign of ‘maximum pressure.’ The protests reveal a vibrant pro-reform movement, with ordinary Iranians frustrated with their sclerotic, authoritarian government. Local Iranian activists and journalists are putting themselves in great danger to call for reforms, as are the thousands who have publicly protested in the last several months. Generating sufficient momentum to bring about meaningful reform in Iran will be difficult. The U.S. government needs to balance the imperative to support pro-democratic reform protests in Iran with the reality that such support can easily backfire if it is perceived as meddling in Iran’s internal affairs. 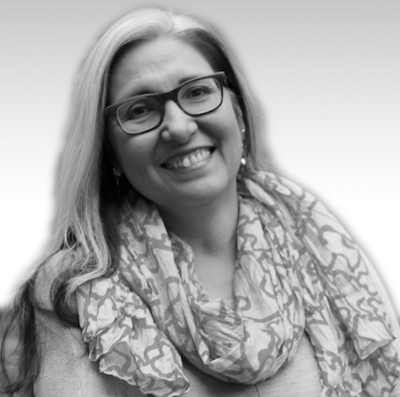