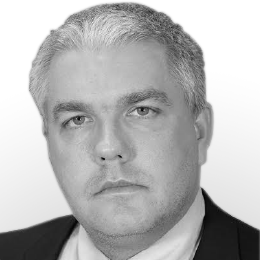 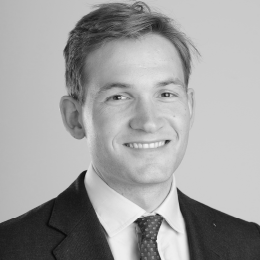 The threat of terrorism in West Africa appears to be growing, creating concerns about whether it is safe to do business there. The Risk Advisory Group – a global risk management consultancy – is aware of companies and individual travellers who are reviewing the security measures they have in place and in some cases, reconsidering their need to travel to the region at all. Al Qaeda in the Islamic Maghreb (AQIM) is one of the main reasons for this. AQIM has mounted two mass-casualty attacks this year against hotels in countries that had previously not been affected by terrorist violence: Cote d’Ivoire and Burkina Faso.

AQIM claimed responsibility for a gun attack on a beach and three hotels in Grand Bassam, Cote d’Ivoire, in mid-March. This is the fourth attack that its subsidiary brigade Al-Murabitoun has mounted on a hotel in the region in the past 12 months. This year’s other mass-casualty AQIM attack occurred in Ouagadougou, Burkina Faso in January. AQIM also carried out attacks in Sevare and Bamako in Mali last August and November. Although many of the facts behind the attacks and AQIM’s strategy are still unclear, several Western governments have since issued security warnings about the threat of terrorism elsewhere in West Africa, including Senegal.

The tactics and target selection in AQIM’s attack in Cote d’Ivoire were similar to those used by the Islamic State (also known as ISIS or ISIL) in its attack on a beach resort in Tunisia in June 2015. It is also a continuation of an emerging trend in AQIM operations in which the group has sought to reassert its profile in the region by mounting high-profile mass-casualty attacks against international targets across a wider area of the Sahel and West Africa.

This could be one reason behind the decision to carry out the group’s first ever major jihadist attacks in Cote d’Ivoire and Burkina Faso. An attack on a hotel is clearly likely to attract widespread media attention, undermine international confidence in the country’s security, and make it less attractive as a tourist and business destination. However, the hotels in Cote d’Ivoire and Burkina Faso were not the most upmarket properties in the area. In both cases, there are other hotels nearby that are more popular with tourists, business travellers, and expatriates. It is unclear if varying security measures at the hotels is why the terrorists chose lower-profile sites.

Another potential motivation for groups such as AQIM to mount such attacks outside their normal area of operations is the hope that it will weaken public support for government involvement in counter-terrorism operations elsewhere in the region. Both Cote d’Ivoire and Burkina Faso host the French military, support regional counter-terrorism operations against AQIM, and have close commercial and political ties to France. AQIM messaging indicates that these are reasons why the group views them as hostile countries.

Both Cote d’Ivoire and Burkina Faso also share poorly secured borders with Mali, which is the main area of AQIM operations. These factors are useful for assessing the group’s intent and capability to target other countries in West Africa. We have not recorded any Islamist terrorist attacks in Senegal in recent years, but it has a similar profile to the countries AQIM has targeted so far. Recent foreign government warnings about terrorism in the region have focused on Senegal.

Guinea is also Francophone and borders Mali, but its contentious ties with France and relative lack of Western investment appear to make it a less likely target. That said, another al Qaeda affiliate, al Qaeda in the Arabian Peninsula (AQAP), did name Guinea in an issue of its Inspire magazine in May. The country appeared alongside France, Belgium, Cote d’Ivoire, and Burkina Faso on a list titled “The European Revolution.” Guinea is the only country on the list to not have recently experienced a jihadist attack.

Other countries in West Africa – such as Ghana, Liberia, and Sierra Leone – do not border Mali and lack ties to France, so the threat there is probably lower.

Sustaining a campaign of attacks in countries across West Africa will probably be difficult for AQIM. And the authorities in countries such as Senegal, Ghana, and Guinea have said that they are increasing counter-terrorism measures and border security. However, security forces in the region tend to be overstretched, poorly trained, and in some cases, struggling with endemic corruption. They also lack intelligence capabilities. This will provide groups like AQIM the opportunity to mount sporadic attacks in major cities in West Africa in the coming year and beyond.

Business concerns about the security of staff and operations in the region are well-founded. Alongside a growing threat of terrorism, companies should also be aware of risks, such as corruption and crime.  With an understanding of the local security environments and how they relate to a company’s or individual’s risk profile, it is possible to continue to take advantage of the commercial opportunities in what is one of the world’s fastest growing economic regions.

The Author is John Siko

The Coauthor is Jesper Cullen