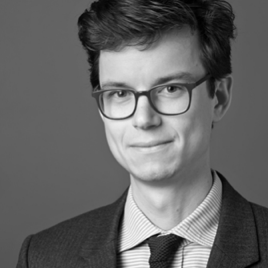 Downward growth revisions for Sub-Saharan Africa over the past year have tended to highlight the continued impact of external stimuli on the sub-region. The IMF’s latest revision cut growth estimates by 1.3 percent to just 3 percent for 2016 – well below the global average in a region which arguably requires rapid growth more than anywhere else. However, what these revisions hide is not only the diversity in growth across the sub-region (oil economies tend to be larger and weigh on the average, for instance) but also the impact that policy has had on growth over the last few years.

Sub-Saharan Africa should, of course, never be considered as a single market. The current situation highlights how varied economic structures, institutional capacities and policy, responses interact during economic storms. A trifecta of external shocks has hit the economies of Sub-Saharan Africa – a fall in the price of commodities, slowdown in emerging markets, and continued uncertainty in developed markets.

The impact has been both direct and indirect. Countries dependent on extractive commodities have suffered the most. Governments in these countries depend on revenues from the extractive sectors, and the economy as a whole depends on a trickle-down. Skittishness in developed and emerging markets has weakened capital inflows and demand for the region’s exports.  Governments have faced increased borrowing costs on international capital markets. These factors have compounded each other since mid-2014 when the downward trend  in oil prices began and dragged on economies that had previously reaped the benefit of high prices.

These external shocks were bound to have an impact on economies across the sub-region, but policy responses have been mixed, and in some areas, have only exacerbated these trends. Nigeria is a prime example. President Muhammadu Buhari of Nigeria, elected in May 2015 with a mandate to tackle corruption and security problems, has largely ignored the economy. A stoic maintenance of an overvalued exchange rate for over a year through strict capital controls undermined investor confidence and led to a dollar shortage that has choked the import-dependent economy.  June’s move to a ‘flexible’ exchange rate was more of a devaluation, and the same problems remain (the official rate hovers between 300-320 naira/dollar; the black market recently hit 412). When coupled with a 2016 budget that was only finalized in April (and still requires some $5 billion from wary capital markets), as well as resurgent militancy in the oil producing Niger Delta region, the economy has stalled at a virtual standstill (recession is likely in the second quarter). In a normal context, these policies would be detrimental, during an oil price shock they were disastrous. Despite the positive change Buhari has brought to his first year in office (anti-corruption efforts and mitigating the Boko Haram threat), these economic policies will impact his legacy.

Other oil-producers have a more mixed record. Angola – whose economy is far more dependent on oil than Nigeria – has put more prudent policies into place. Austerity, budget revisions, and an end to government subsidies are in line with orthodox thinking on economic reform. Growth has slowed, but it will still likely beat Nigeria in 2016 despite its economic make-up. Angola has the advantage of being run opaquely by an autocratic regime led by President Jose Eduardo dos Santos. Austerity policies are therefore much easier to push through, since any political or social protest can be quelled. Though orthodox economic policies may re-assure investors, the impact on everyday Angolans has been detrimental – yellow fever and cholera outbreaks are a testament to this.

Countries with more diverse economies have it easier, as do countries with a stronger policy direction. Cote d’Ivoire, the region’s current success story, has managed to sustain rapid growth since its civil conflict in 2010/11. This is largely due to strong policy from the administration of President Alassane Ouattara. Ouattara (who won a landslide victory in October) has managed to implement business-friendly reforms, attract a diverse group of investors, and continue to spend aggressively on public infrastructure projects.

Cote d’Ivoire’s next-door neighbor, Ghana, whose economy is fairly similar (despite more oil production), has stagnated since 2012 after a government-spending spree based on new oil production drove debt to unsustainable levels. High public debt, combined with falling oil prices, have put Ghana on shaky ground. Ghana is currently in an IMF program and is on track to improve its fiscal position and shore-up the economy. Again, policy was a driver of growth despite external conditions.

Sub-Saharan Africa will remain dependent on external fluctuations for the foreseeable future, but policy should remain a key measure of how hard an economy will be hit. Stronger institutions will be better placed to make quicker shifts to mitigate external shocks. Divergence will continue amongst African economies, but the experience of low commodity prices over the last two years has shown how governments can actively help, or hinder, their economies. As policy improves across the region (even Buhari has shifted his stance somewhat) economies will find themselves less at the whim of external markets. Hopefully these realities are not lost on African governments.

The Author is Ayso Van Eysinga

Ayso van Eysinga is an Associate at the Eurasia Group where he follows West and Central Africa, with a specific interest in Nigeria and Ghana as well as the relationship between shifting political and economic contexts in francophone countries.  Prior to joining Eurasia Group, Ayso worked for two years in the Ghanaian cocoa sector, in a large farmers' association. He assessed, developed, and implemented certification policy across the country, and worked with a variety of stakeholders in... Read More