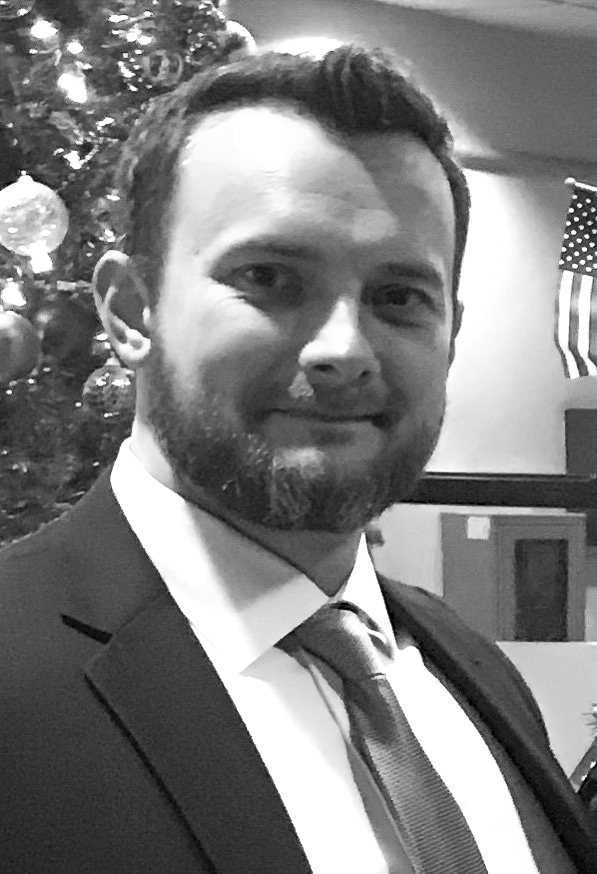 Edward Bozeman is a Marine Corps veteran of the Iraq and Afghan wars and has a combined 16 years of experience in the Military and as a consultant in the Intelligence Community. Mr. Bozeman is working on his graduate practicum at American University’s School of International Service which is focused on combating foreign state sponsored propaganda and disinformation.

“Today is September 12, 2001.” It’s a phrase found on the walls of some of the most remote U.S. outposts in the world, some of which are still home to those fighting the Global War on Terrorism. It is representative of a mindset and a mission that became important, to many, overnight. While its meaning may vary slightly from person to person, it unites us through patriotism and dedication to a common cause. The counterterrorism (CT) mission is still being prosecuted, albeit by a leaner and agile force, and most Americans are still on alert when they see abandoned luggage in airports. We stand stronger in some ways, weaker in others, but forever changed nearly twenty years after the attacks of September 11, 2001.

As we are inundated by the 24-hour news cycle, browse social media, or listen to government officials speak, one might be overcome with a sense of déjà vu. We cannot help but feel as if the target selection, surveillance, planning, and rehearsal have already happened under our noses, frankly with our help, and we are now under a perpetual state of attack and exploitation. Only this threat is not like any other we have faced or prepared for. In fact, it is unlikely that any specific date or time will ever be burned into the minds of future generations. Instead, we will wake up one day – not all at once – to find that our democracy has been torn down piece by piece. To make it worse, we will have not only allowed it to happen, but will have helped wield the sledgehammers of disinformation that made it possible.  That is, if we don’t make immediate and significant changes.

We have a chance to learn from our mistakes. This moment is about being proactive from the national level down to every individual American. The nation was caught off guard by 9/11 in part due to a lack of communication among intelligence agencies, inadequate funding, and a general complacency and public ignorance of potential threat actors. CT efforts were not born on 9/11, but rather, reimagined, more heavily funded, honed, and for years embraced by the American people during a time of crisis. It was simply made a priority and for some, a way of life. If we are to win this war of ideas, we must begin to adopt and foster a national mindset that is conducive to countering the existential threat that is disinformation.

We must also face a couple of harsh realities. Americans consume information in a compulsive fashion and, for the most part, do not raise the necessary concerns that would normally bring a threat like disinformation to the attention of elected officials. Instead, we are posting, liking, and sharing propaganda that has been designed for the express purpose of destabilizing our democracy. To put it bluntly, we crave it and hardly care if we recognize it, making ourselves and our institutions dangerously vulnerable to manipulation.
It’s no coincidence that some of the most important issues we face as a nation are the same issues that malign actors use as wedges to further divide us. We care about health care, the economy, education, poverty, immigration, and countless other issues. We care so much that we get emotional and allow our passion to take over. Sometimes we rush so fast to click that we fail to see if what we are clicking is real or if it’s just another attempt to drive a wedge further into our society. By proactively building resilience at the national level, we can give ourselves some breathing room to address one of the more complicated aspects of this threat: the unwitting citizens that make it so effective. Yes, that means you.

So, what can we do? First, we must acknowledge this threat is real and that it does not discriminate. Purveyors of disinformation will poke and prod at any issue that can be exploited and exacerbated as long as it causes division and diminishes our faith in our democratic processes. Therefore, actions must be taken at all levels for a whole-of-society approach. For individuals, this will be something of a lifestyle change and will require a little effort. Much like fad diets, real change doesn’t occur without a change in mindset.

The government will also have its own change to cope with as our institutions are not accustomed to allocating billions of dollars to things that don’t have either a real or perceived immediate return on investment. Our government and our policymakers must get a hold of this situation and establish a baseline from which to operate. You can help push them to action by taking an interest in following early initiatives.

The United States – in fact the whole world – changed on 9/11. Mindsets were altered, resources were shifted, and budgets grew at an unprecedented rate. Between 2002 and 2017 U.S. counterterrorism funding totaled $2.8 trillion. As of 2018, the total funding for the Department of State’s Global Engagement Center, which is the primary actor in countering foreign propaganda, was just under $100 million. Disinformation may not be as sexy or headline worthy as CT, but there is a clear lack of adequate funding for threats that could literally lead to our demise.

While there is no shortage of patriots working tirelessly to protect us from malign actors, their efforts are fragmented, and collaboration is largely informal, which is eerily reminiscent of pre-9/11 CT efforts. From the FBI’s Protected Voices campaign to the DHS Cybersecurity & Infrastructure Security Agency’s countering COVID19 disinformation toolkit, experts are working issues the best they can given the limited resources and national priority. But why has there been no permanent and collaborative entity established to fight this war? Why has there been no National Counter Terrorism Center (NCTC), Department of Homeland Security (DHS), or National Terrorism Advisory System (NTAS) equivalent established to help us combat disinformation? This level of cooperation must be achieved sooner rather than later. These entities and a host of others were created in very short order after the attacks of 9/11. It can and must be done proactively.

A whole of society approach is the key to combating disinformation as a free people. In addition to a shift in our personal habits and mindset, the government needs to dedicate adequate energy and resources into messaging aimed at educating the public on the nature of this threat. This of course needs to be coupled with radical transparency and a regaining of public trust. To the greatest extent possible, the government should educate its citizens on the who/what/why of current threats.

The threat of disinformation is real, and the stakes are incredibly high. We must assume our roles in this ongoing fight and remind politicians that preserving our democratic processes is of the utmost importance to us. Our civic duties do not begin and end at the ballot box. Yes, we should take great care in who we choose to represent us and ensure that their values align with our own. However, we cannot assume that our interests are being looked after once the election is over. You know the issues, what’s at stake, and what needs to be done.

Reach out to your local official and start asking tough questions. But before you do, ask yourself: do you have the same dedication, conviction, and courage required on September 12, 2001? Because that’s what it’s going to take.

Edits and contributions made by SIS Disinformation Research Team

The Author is Edward Bozeman

Edward Bozeman is a Marine Corps veteran of the Iraq and Afghan wars and has a combined 16 years of experience in the Military and as a consultant in the Intelligence Community. Mr. Bozeman is working on his graduate practicum at American University's School of International Service which is focused on combating foreign state sponsored propaganda and disinformation.