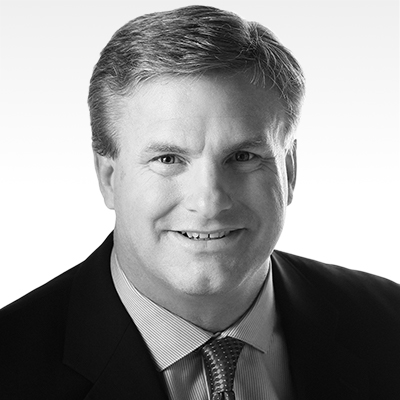 Most of my adult life was spent as a soldier in special operations. One of the most persistent issues throughout my career was finding the right balance of deployment tempo (DEPTEMPO) with time in garrison to train and to be home.

It wasn’t always balanced.  A big part of this problem is that special operations forces (SOF) are comprised of people that want to run hard. After all, this is one of the reasons they are selected. When someone joins special operations, they do not do so hoping to have time to coach their kid’s little league team or to get a PhD. These are people that want to see more action than what the conventional military offers. This is not a slight on the conventional forces—it’s just that special operations units are taking on different missions with historically high DEPTEMPOs. This was true even before September 11th. Afterwards, the DEPTEMPO got even worse, but that is to be expected in war. Over time, U.S. Special Operations Command has been able ensure units get some relief, but the operational environment dictates that SOF (Special Operations Forces) carry a heavier load.

Today, SOF is conducting the bulk of the operational deployments across the U.S. Department of Defense (DoD). The Geographic Combatant Commanders (GCCs) submit a “request for forces” (or RFF) to the Joint Staff to meet a mission requirement. The RFF is very detailed, and the Joint Staff is tasked to thoroughly vet the requirement and validate the request. Once validated, the Joint Staff then determines the best force for the mission. In the current operational environment more often than not, SOF is the chosen tool in the DoD tool kit.

There is growing public concern that SOF is deploying too much. If that is true, then it falls to the Chairman of the Joint Chiefs of Staff and the Secretary of Defense to not sign the deployment orders. But the reality is that they are signing them because they alone have a holistic view, and they assess the threats and weigh the risks across all GCCs. Additionally, the Joint Staff and Office of the Secretary of Defense are aware of the SOF requirements inherent in every operational plan because they approve them ahead of time. People are asking, for example, why is SOF ramping up for Korea? The answer is simple: they are directed to do so in the plan.

The current DoD guidance is for SOF units to have 2 to 1 DEPTEMPO, meaning a service member will be home or in garrison two days for every one day he/she is deployed. There is a movement afoot to get SOF to a 3 to 1 rotation, but that will be tough to achieve given the threat landscape and operational demands placed on special operations. Moreover, I am not sure SOF should go to 3 to 1. Had Special Forces been on a 3 to 1 rotation during my time in service, I am certain I would have left the military. I knew that I would deploy often and to places that are not vacation spots. That is what motivated me through the entire process. I signed up for that lifestyle, but it must be noted, however, that my family did not.

When Admiral Eric Olson was the commander of U.S. Special Operations Command, he commissioned a survey because the stress on the force was high. The command wanted to know what the situation was and what might help relieve some of the pressure. One of the interesting survey results: the operators were less concerned with their well-being and more focused on channeling additional support to their families. The biggest thing the force and the families wanted was predictability. U.S. Special Operations Command has made amazing strides in this area through its Preservation of the Force and Families initiatives. And the public, DoD, and Congress should continue to support them.

There is a lot being written in the news about U.S. Africa Command cutting SOF deployments in its theater by fifty percent. I doubt that this will happen because the threats certainly have not decreased by fifty percent. It is more likely that our leaders are making a judgment call—weighing the preponderance of threats against the risk to the force. This is what they are tasked to do. As the name implies, our special operators are unique. They will go and go until the last drop of blood flows through their veins. The downside is that they will self-destruct if you let them. This is nothing new. Unfortunately, the current threat environment and the reality of modern warfare means that SOF and DoD leaders will continue to struggle to find the right balance for the foreseeable future.

The Author is Stu Bradin

Stu Bradin is a retired Special Forces Officer and the President of the Global SOF Foundation, a non-profit organization dedicated to advocating for all aspects of SOF on a global scale.

2 Replies to “Special Operations DEPTEMPO and the National Security Risk”