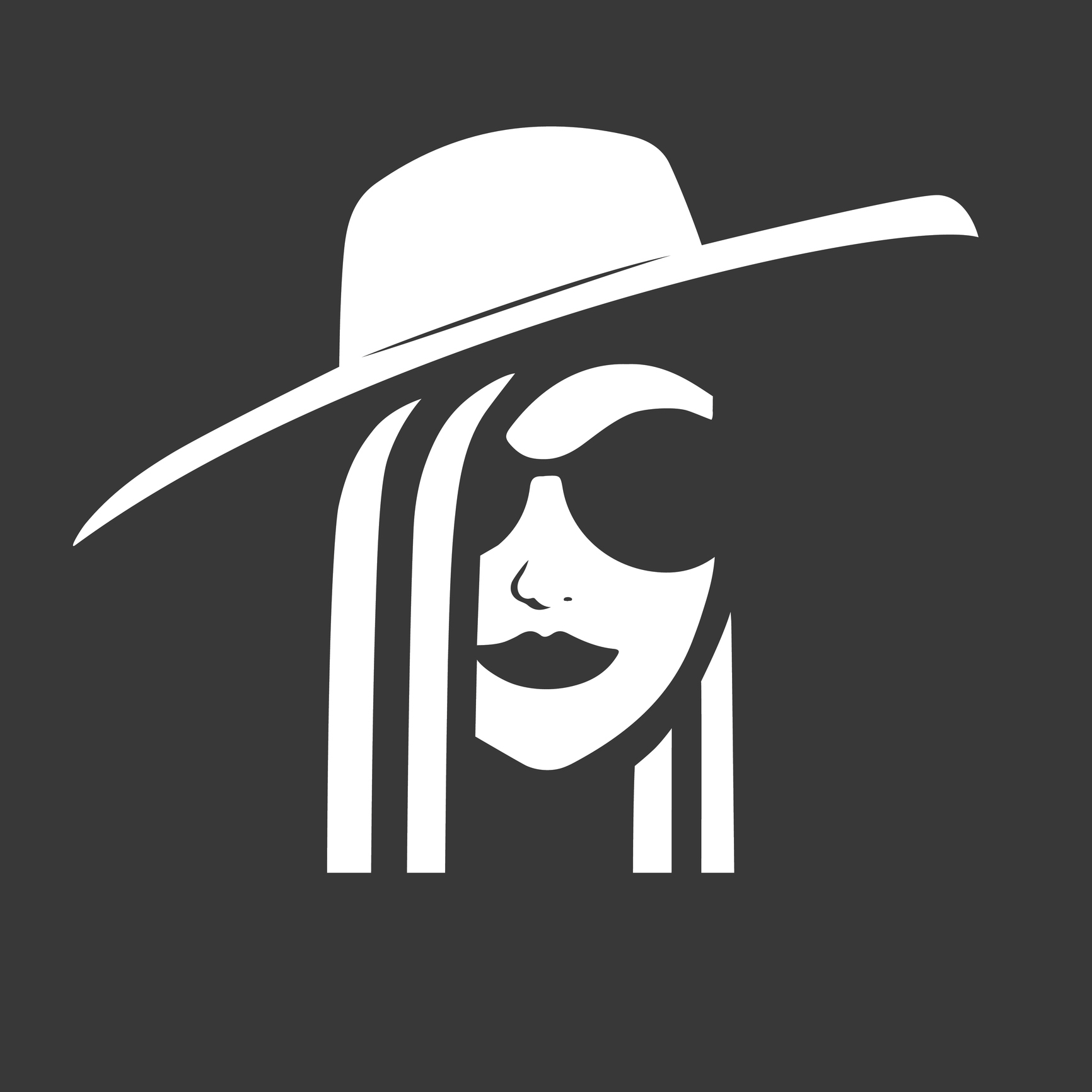 “Who is a Homo?” ponders an internal CIA document written in 1980 to help investigators identify and purge gay CIA officers. “The homosexual is a complex, intelligent, interesting, and mixed-up individual,” the document warns. “He may not consider himself queer,” and “may accept his psychological deviation from the normal.” Indeed, “there is no way to spot a homosexual;” a challenge comparable to “recognizing a Communist.” The author warns that “our subject leads a Jekyll-Hyde existence,” who tries to mask “activities disgusting beyond imagination.”

Almost four decades later, this declassified memo is a sad reminder of how recently bigotry was enshrined in CIA policy. The bureaucratese of a dying witch-hunt reflected widely-held views of homosexuality as a mental disorder and national security risk. By the time I came out as transgender in the 2000s—a climactic non-event I wrote about in The Atlantic—CIA had welcomed LGBT officers into its ranks, the Director wore a rainbow lanyard, and a CIA booth stood at D.C.’s Gay Pride Festival.

On March 23rd, the Department of Defense (DOD) released a 44-page defense of a revised ban on transgender military service after the courts froze the original ban tweeted by the President last July. Its authors rely on a familiar script to justify discrimination. They should know that decades do not remove the stain.

They assert that trans service would impose an “unreasonable burden on the military that is not conducive to military effectiveness and lethality.” Trans soldiers would spoil “unit cohesion” forged by “Spartans at Thermopylae to the band of brothers of the 101st Airborne Division in World War II, to Marine squads fighting building-to-building in Fallujah,” and could not share the “incommunicable experience of war.”

But trans soldiers have already borne the battle. By DOD’s own accounting, at least 8,900 self-identified trans Americans already serve in our military, and studies suggest about 134,000 are veterans. Long before the issue burst into the public consciousness, closeted soldiers served with distinction, and many lie in Arlington Cemetery.

And yet the authors of the new ban cannot cite the experience of a single deployed trans soldier to support their findings. The new documentary TransMilitary, which won the audience award at the SXSW film festival, provides four counterexamples: Captain El Cook, West Point Graduate, who heard that the original ban was repealed while leading his company in Iraq; Captain Jennifer Peace, who served tours in Afghanistan and Iraq and now trains soldiers for deployments to Afghanistan; Staff Sergeant Logan Ireland, who served with distinction in Kandahar; and Iraq veteran Corporal Laila Villanueva, who married Logan, and now educates other veterans about trans service.

Discrimination is a reappearing luxury in our history. In times of crisis we enlisted women, African-Americans, and LGBT Americans only to excise them when the emergency passed. Of the 18 million Americans who served in World War II, restrictions on gay service barred less than 5,000 recruits, a tiny fraction of the LGBT population. In Vietnam, of the 5 million Americans who received deferments, only one percent were on the grounds of “moral defect,” a euphemism for LGBT status. After each war, the fierce re-enforcement of “Don’t Ask, Don’t Tell” policies obscured the reality: we have always served and will continue to serve as long as America fights wars.

The revised trans ban offers another closet. Thousands of trans soldiers already in the force may serve if they never transition, never seek treatment, and accept the obvious stigma of a barely tolerated minority.

Last year as DOD deliberated, the network of LGBT officers from eleven Intelligence Community agencies warned our leaders of the damage a ban would inflict on national security.  We highlighted the service of sixteen active-duty trans intelligence officers, each with combat tours in Afghanistan or Iraq, including Arabic linguists, cryptologists, human intelligence collectors, and signals experts. At a time of multiple wars, we warned against repeating the wasteful persecution of the “Don’t Ask, Don’t Tell” era, when DOD fired more than 13,000 Americans. We warned that adopting official discrimination would harm our ability to attract and retain talented young Americans, for whom trans equality is a benchmark of an innovative employer.

So how did DOD go so terribly astray? The unnamed and uncredentialed authors have yet to defend their work in public, and it is obvious why.

They ignored the American Psychiatric Association’s determination that gender dysphoria is not a mental disorder, and set aside the American Medical Association’s statement that there is “no medically valid reason to exclude transgender individuals from service.” If they did not consult America’s leading medical authorities, with whom did they consult?

They misrepresented the medical literature to make damning judgments about all trans recruits, calling them suicide risks, prone to high costs, and unable to deploy. While the military routinely provides health services and extended leave for soldiers recovering from life events such as pregnancy, support for trans soldiers was called an “unreasonable burden.” Moreover, with open threats to the livelihoods of trans soldiers and their families, and only rudimentary mental and physical health services in place, we should not be surprised that these soldiers are under stress.

While claiming “disproportionate costs,” the report provides no budget numbers to refute the RAND Corporation’s estimate of the relatively low cost of trans service. By DOD’s own accounting, as of November 2017, exactly one soldier had received gender transition surgery, a tiny expense compared with the annual outlays for erectile dysfunction pills ($41.6 million), or marching bands ($437 million). If DOD approves all 283 troops who have requested surgery, we will still spend more on blue pills, piccolos, and tubas.

If cost was the real concern, why ban new recruits who transitioned years ago? Incredibly, the new ban creates a situation where recruits who transitioned in their teens and exceed all the standards of their identified gender, are still ineligible for service.  If DOD had been interested in a fair solution, they could have created a path for trans soldiers to meet the military’s rigorous performance standards, as so many have done under the previous policy.

The blanket ban makes it impossible to believe they were motivated by “military lethality and readiness.” They fret about bathroom invasions and invent scenarios of soldiers pretending to be women to lower fitness standards. They infantilize non-transgender soldiers by ignoring that most have embraced their trans brothers and sisters in arms.

I am confident that years from now, we will be embarrassed by this episode. To paraphrase President Lincoln, trans soldiers were ready “with silent tongue, and clenched teeth, and steady eye, and well poised bayonet” to serve our defense. Sadly, there will be others “unable to forget that, with malignant heart and deceitful speech, they strove to hinder it.”

My agency is not perfect, but I have enjoyed the support of CIA leadership, who believed that a qualified officer could do anything and serve anywhere, even if they are transgender. I have repaid this trust with dedication to our mission and the American people. Transgender soldiers have made far greater sacrifices. It’s time for our leaders to show them the same loyalty.

The Author is Jenny Hall

Jenny Hall is a pseudonym of an active duty officer of the Central Intelligence Agency.

One Reply to “Banning Transgender Soldiers Will Damage National Security”

Ambassador Joseph DeTrani is former Special envoy for Six Party Talks with North Korea and the U.S. Representative to the Korea Energy Development Organization (KEDO), as well as former CIA director of East Asia Operations. He later served as the Associate Director of National Intelligence and Mission Manager for North Korea and the Director of the National Counter Proliferation Center, ...