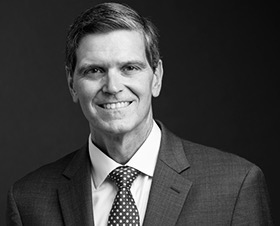 OPINION — Today, American institutions are front and center as we simultaneously confront the triple threat of an active pandemic, civil unrest spurred by racial injustice, and an economic crisis. Resolving these crises will require a coordinated effort from all our democratic institutions: the three branches of our federal government, our state governments, our military, our press, our business communities, and academia. Although the military is an entity within the executive branch, its place within our constitutional order requires special consideration and respect to secure the intentions of our nation’s forefathers.

The role of the U.S. military has come under intense scrutiny in light of recent events. Our military has been scrutinized before, and rightly so, but it has also managed to maintain the esteem of the people it serves—the American public. Indeed, in a 2018 Gallup Poll of American confidence in societal institutions, the military came out on top. This is a long-standing position that our military has assiduously strived to protect. The poll results are more than mere platitudes—they speak to the military’s legitimacy within the American system. I believe there are three key reasons our military enjoys this reputation: it respects civilian control of the military; it represents the people it serves; and it remains apolitical. When the military’s nonpartisan nature is called into question, it challenges those reasons, skews the constitutional balance among America’s fundamental institutions, and threatens our democratic governance.

The best class I took as a cadet at West Point was an elective course entitled AI 479, American Institutions. It was taught by the Deputy Head of the Department of Law. I understood it was introduced into the otherwise STEM-heavy curriculum because leaders at the academy saw a need to examine the loss of confidence in America’s institutions brought about by our country’s Vietnam experience and the abuses of the Nixon Administration. AI 479 offered cadets an opportunity to study, reflect, and better understand how the structures and principles embodied in and protected by our Constitution operated to support American democratic governance. Military leadership and our instructors recognized that a deep appreciation of our American Institutions was not only beneficial, but also essential for the responsibilities that we would all soon assume as commissioned Army officers.

The culmination of this class was a paper. I wrote mine on the War Powers Act, which at the time was a controversial topic as Congress sought to restore balance between it and the executive branch after our experience in Vietnam. The topic appealed to me because it was a good case study of how American institutions—including the media, the military, the Congress, the judiciary, and the executive—all interacted to realize the Constitution’s intent for our democracy and its balance of powers.

That course had a tremendous impact on me, even if I did not realize how much at the time. It helped me leave West Point with a better appreciation of the history of our American institutions, their values and peculiarities, how they interact, and how sometimes they must clash and collaborate to continue our American experiment. I thought about this class a lot over the course of my 39-year military career, and I believe its lessons are as important now as ever.

For our democratic system to work, civilian leadership must have trust and confidence in the military and its leaders, without concerns of partisanship. Like those civilian leaders, every person who joins a military branch, both enlisted members and officers, takes an oath “to support and defend the Constitution of the United States.” That shared loyalty to the concepts of our Constitution should give our elected leadership the confidence that our military and its leaders are serving the common good.

Elected leaders should also want prudent military advice that is free of political bias. This apolitical role is underscored by another clause in the officer oath, through which each officer affirms, “I will well and faithfully discharge the duties of the office on which I am about to enter.” Similarly, every enlisted military member promises through their oath to “obey the orders of the President of the United States and the orders of the officers appointed over [him or her], according to regulations and the Uniform Code of Military Justice.” It is thus made clear that the loyalty of our servicemen and women is not owed to a party or to an interest group but rather to their offices and our greater institutions.

Recent events at Lafayette Square in Washington, D.C., have been a stark reminder of how easily the public’s trust in its military can be lost, and in so doing, they have renewed the public’s focus on the need for an apolitical military. Concerns about partisanship in our forces traces back to the beginning of our nation, when the founders worried about standing armies eclipsing civilian control of our national defense and using force to stomp on individual freedoms. American citizens must be able to have trust and confidence in our military and its leaders. When this is not the case, like we saw with the abuses at Abu Ghraib or what could happen when using soldiers in domestic situations that may intrude on the rights of our citizens, we must be quick to condemn such lapses and to restore trust and confidence.

It is true that the military has specialized personnel, equipment, facilities, and capabilities that can be useful to civilian authorities in times of domestic crisis. It is also true that certain laws authorize the military to provide various levels of support in various circumstances. However, the actual employment of military personnel in support of civilian law enforcement is an extremely delicate matter and one fraught with tremendous peril. When not done thoughtfully, it endangers the apolitical reputation of the military.

That the legitimacy of the military depends upon its ability to remain apolitical is a principle that is instantiated in the Posse Comitatus Act (PCA). A cornerstone of civil-military relations, the act concisely establishes a strong presumption for keeping the military out of local law enforcement:

“Whoever, except in cases and under circumstances expressly authorized by the Constitution or Act of Congress, willfully uses any part of the Army or the Air Force as a posse comitatus or otherwise to execute the laws shall be fined under this title or imprisoned not more than two years, or both.”

As the act indicates, it is possible for Congress to grant exceptions, as can be found in the Insurrection Act. As others have written, however, the use of such exceptions should be left to truly exceptional circumstances. Secretary of Defense Esper said it best when he clarified that the Insurrection Act should only be invoked as a matter of last resort.

Even if a particular course of action is legal, it may not be the right thing to do. It is imperative that military and civilian leaders weigh the impact the use of military personnel could have on the trust and confidence the American people have in our armed forces. Military leadership’s provision of such advice does not politicize the military. To the contrary, the purpose of such counsel is to ensure that the U.S. military does not become politicized.

In my military career, I was not asked to deploy troops for civilian purposes, with one notable exception. As a battalion commander, my unit was tasked to provide relief to communities in northern New York that were severely impacted by an ice storm. As benign as this support might seem, I was careful to ensure that the men and women of my unit were not involved in law enforcement. When it comes to my experience overseas, however, I often advised foreign leaders on the conduct of military forces, best practices for deescalating violence, and the need to remain apolitical. I learned through these conversations and my own experience that keeping a nation’s armed forces apolitical helps de-escalate tensions between a government and its opposition.

Together, our U.S. military and civilian leaders must work to keep our military apolitical—as our founding fathers intended. This is not a “nice to do” thing; it is an absolute necessity in our constitutional system. When the military is viewed as having been politicized, it throws our American institutions out of balance and diminishes trust and confidence in our democratic form of government.

I do not know if AI 479 is still taught at West Point. I hope that it is. Its importance is just as great today as when I sat in that classroom 40 years ago. We could all use its reminder of how the societal institutions that have served our nation so well in the past can rise to play their roles in our vibrant and continuing American experiment. For the military to continue to serve its esteemed role in our fundamental American institutions, it must remain apolitical.

General Joseph Votel, retired four-star general in the United States Army, was commander of United States Central Command from 2016 to 2019. He is a member of the Executive Board of the Center for Ethics and the Rule of Law at the University of Pennsylvania, a non-resident Senior Fellow with the Harvard Kennedy School’s Belfer Center for Science and International Affairs, and a non-resident Distinguished Senior Fellow on National Security at the Middle East Institute (MEI). General Votel is President and CEO of Business Executives for National Security (BENS).

The Author is Joseph L. Votel

Continuing his long, distinguished career of service and senior leadership, General Votel today serves as President and CEO of Business Executives for National Security (BENS) – a national, nonprofit comprised of senior business and industry executives who volunteer their time and expertise to assist the U.S. national security community. In this role, General Votel leads a driven, multidisciplinary staff – spread across seven regional offices – and advises and executes on the strategy... Read More