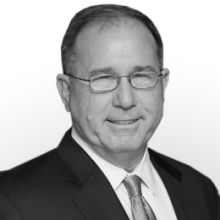 Michael VickersFormer Under Secretary of Defense for Intelligence

Today, the role of U.S. Special Forces (SOF) in the fight against terror has never been more important. Mike Vickers, former Under Secretary of Defense for Intelligence, explains that “U.S. SOF will continue to play a central role in our counterterrorism efforts” and that they have been a “key tool in removing top terrorist targets and dismantling terrorist networks.”

The Cipher Brief: The first week of May marks the fifth anniversary of the death of Osama bin Ladin. What will be the future role of Special Operations Forces in the fight against terror, specifically in Afghanistan, Iraq, and Syria?

Michael Vickers: For obvious reasons, the role of U.S. Special Operations Forces (SOF) in countering terrorism can be discussed only in general terms.  Suffice it to say, however, U.S. SOF will continue to play a central role in our counterterrorism efforts, particularly, but by no means exclusively, in Iraq, Syria, and Afghanistan.  U.S. SOF will conduct ISR (intelligence, reconnaissance, and surveillance) and precision strikes with unmanned aerial vehicles (Predator and Reaper); they will conduct raids, at both the strategic and tactical levels; they will advise and assist irregular forces in both an insurgency and counterinsurgency role; and they will advise and assist friendly government forces in counterterrorism and counterinsurgency operations.

In Afghanistan, U.S. SOF will advise and assist Afghan Special Operations Forces on raids to capture or kill Taliban, al Qaeda, and ISIL leadership and operational forces.  They will direct airstrikes against al Qaeda and ISIL when raids are infeasible, and against the Taliban in-extremis. And U.S. SOF will provide strategic overwatch of the Afghan Local Police to enable them to restrict the Taliban’s freedom of movement in Afghan rural areas.

Following the drawdown of U.S. forces, the Taliban, al Qaeda and ISIL have made some territorial gains, and U.S. SOF will be a central tool in containing their advance.  Ensuring that Afghanistan does not once again become a safe haven for global jihadist groups intent on striking the United States is a core mission for U.S. SOF.  Underscoring the critical, continuing importance of this mission, several months ago, U.S. SOF and Afghan forces struck a large al Qaeda camp in southeastern Afghanistan.

In Iraq and Syria, U.S. SOF will conduct air strikes and raids against ISIL and al Qaeda targets, advise and assist Syrian opposition forces to combat ISIL and take ISIL’s capital in Raqqa, and advise and assist Iraqi security forces in defending Iraqi Kurdistan, consolidating and expanding Iraqi gains in western Iraq, and retaking Mosul.  U.S. SOF could play a critical role in winning over Sunni tribes to the government side.  Beyond Afghanistan, Iraq and Syria, U.S. SOF will continue to pursue and strike al Qaeda and ISIL wherever they are found – in Yemen, Libya, and elsewhere – and advise and assist U.S. partners in the war against these global jihadi groups.

MV: U.S. SOF is a tremendous “force multiplier” for us and our foreign partners, both regular and irregular.  It is their ability to work with foreign forces of varying kinds under varying conditions and in support of different missions that, among other things, distinguishes SOF from conventional forces.  They work side-by-side with Afghan and Iraqi SOF, Kurdish Peshmerga, Syrian opposition forces and many other partners across Africa, the Middle East, and South Asia in the fight against global jihadist groups and their allies.  SOF assistance to our partners ranges from accompanying them on raids to supporting them as insurgents.

TCB: President Barack Obama recently ordered Special Operations Forces to Syria and Cameroon to help fight against ISIL and its affiliates.  Should we expect U.S. SOF to represent the primary tool against terrorist organizations operating abroad?

MV: For the reasons noted above and due to the inherent nature of our war with global jihadists, we should expect that U.S. SOF will remain a primary tool in our fight with al Qaeda and ISIL.  It is not the only tool, however.  Intelligence is our front line of defense, and our Intelligence Community (IC) and the CIA in particular are also primary tools in the war against al Qaeda and ISIL.  Our foreign partners are another key tool in our operational toolkit.  Three of the most important innovations of the post-9/11 period have been the close operational partnership forged between CIA and DoD, the operational integration of the IC, and the establishment of a global counterterrorism network with our many foreign partners.

TCB: How effective have SOF raids been at removing top terrorist targets?  During these raids, what is the level of coordination between the U.S. and local governments?

SOF raids have been a key tool, but not the only one, in removing top terrorist targets and dismantling terrorist networks.  Predator strikes have been as or more important, however, as have capture operations by our foreign partners.  Moreover, as is the case with Predator strikes, in almost all cases, SOF raids must be conducted at a high and sustained operational tempo to have a strategic effect, and the gains they achieve must be complemented and sustained by other, more enduring, operational means.

SOF raids were very effective at dismantling the predecessor of ISIL, known as al Qaeda in Iraq.  They were also effective in putting great pressure on Shiite extremist groups and have been effective against the Taliban in Afghanistan.

In almost all cases, close coordination with and the approval of our foreign partners is required.  The exceptions are the Osama Bin Laden raid, whose fifth anniversary we marked this week, and raids where the government is deemed unwilling or unable, as is the case with Syria.

The Author is Michael Vickers