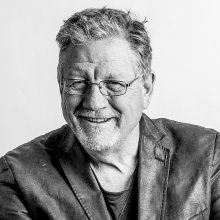 I am not an expert in anything that has to do with Cuba. I don’t speak Spanish. I visited the country for the first time in March to go fishing, not to research Cuban society. I only spent four days in Havana, as a tourist. But I still came back from Cuba thinking that most of the “expert” commentary is wrong.

The key question on everyone’s mind is whether the communist party will continue to run the country, as it has since 1959. From an American point of view, we assume that everyone naturally wants to have an open, capitalist system like ours. But, when First Secretary Miguel Fraga, the first Cuban ambassador to the U.S., visited San Francisco the week before I went to Cuba, he made it clear in his presentation that Cuba is perfectly happy with the way the country is managed and isn’t planning to abandon its communist system. He clearly laid out the case that Cuba is a modern country with 100 percent literacy, universal health care, and robust trade with every country except the U.S.

That’s not the same country I visited. Yes, I’m an American, and I love our system of free speech and enterprise with representative government. And yes, the old American cars in Havana are charming. But the country I visited is terribly poor. Cuba has marginal infrastructure (roads, buildings, plumbing, etc.). Some people live in buildings that are roofless or falling down; others in one-room hovels with no plumbing. Horse drawn carts are regularly used (around Havana and in the rest of the country) as taxis and for hauling; oxen supplement the ancient tractors used to till fields. Agriculture and digital infrastructure is state-managed, which means that neither is very efficient.

My encounter with digital infrastructure was the hotel Wi-Fi. Wi-Fi service in hotels is provided by the state telephone company, ETECSA. Guests can buy scratch off cards for 2 CUCs (think of it as about the same as a U.S. dollar, to which the Cuban tourist peso is pegged) that give them 60 minutes worth of internet access. You can imagine that this is a handy way for the state to keep track of what tourists are doing; and it’s not exactly the available, high-bandwidth Wi-Fi we’re used to in American and European hotels.

But the real bottom line from what I saw: Cubans are sick of being poor. Being as close as the country is to our super-rich society, it cannot escape the average Cuban citizen that it is possible to have more money circulating in Cuba and to have it be more widely shared. While we’re worried about our middle class being eviscerated by stupid policies, the Cubans have never had a middle class. They would like the comfort of knowing that there is that kind of life available and not that everybody has to struggle.

Things are already changing in Cuba, fast enough that when you do online research before going there (you can’t do online research while you’re there), most of what you find is already out-of-date. Two first-time-ever events bracketed our four days in Havana: we arrived just as President Barack Obama was leaving and the Rolling Stones playing a free concert (reportedly drawing 700 thousand people!) the night before we left to go fishing. Both events were unprecedented and harbingers of the pace of change to come.

Indeed, President Obama brought along an entourage that included entrepreneurs and investors, and reported on how Google wanted to help build out the digital infrastructure for Cuba. He was sending a clear message that American entrepreneurs are ready to help develop Cuba’s economy. They are and should be, once Cuba becomes a reliable place to do business according to an established set of rules. So Cuba now faces the same strategic issue both Russia (the former Soviet Socialist Republic of Russia) and China have already faced: let capitalism bloom under the central system (China) or have the central system collapse and be replaced by capitalist chaos (Russia).

As I noted, Cubans are sick of being poor. They love being tipped real money; they will accept gifts and money easily and gratefully. They love Americans and want to know what we think of Cuba. They won’t publicly criticize their country, because there are still penalties for doing that. But if Raoul Castro and his colleagues don’t understand exactly how sick the Cubans are of being poor, they run the risk of holding back the change that their own people want. And then all bets are off for what happens going forward in Cuba.

The Author is Stewart Alsop

Stewart Alsop is a partner of Alsop Louie Partners and a member of the Board of Directors of The Cipher Brief.  He began his career as a business journalist and commentator and then became a venture capitalist in 1996, first as a partner at New Enterprise Associates and then co-founding Alsop Louie Partners with Gilman Louie, where the firm has lead investments in companies like Twitch, Netwitness, Keyssa, and Lookingglass Cyber Security.