A bipartisan group of 115 American national security leaders, including 49 retired flag officers of the U.S. military; 19 former members of Congress and 29 former U.S. ambassadors, including five former U.S. ambassadors to Israel, issued a statement Tuesday backing the Iran nuclear deal, which President Donald Trump has hinted he may jettison, with the backing of his incoming National Security Advisor Ambassador John Bolton.

Hayden explains why he signed the statement, which follows below.

John Bolton will soon set up operations in the northwest corner of the West Wing as National Security Advisor. With him in place in the White House, and Mike Pompeo settling in as Secretary of State (assuming he is confirmed, as he was for his current CIA post), the stars seem to be aligning for the United States to exit the Iranian nuclear deal.

President Trump has clearly wanted to do this for some time, labeling the Iran deal, aka the Joint Comprehensive Plan of Action as the worst deal ever, and the new appointments will remove some of the guard rails that previously tried to dissuade the president.

So the new appointments make leaving the deal a lot more likely. They don’t make it a good idea.

I was never a fan of the arrangement. I thought that we could have demanded a better deal, especially since Iran should have been the supplicant here, not us. They needed sanctions relief, after all. And the Obama team invoked more than one incident of bait-and-switch when selling the deal to Congress and the American people: think of abandoned or altered positions on no notice inspections, coming clean on past activities, and ballistic missiles.

Still, Iran is further away from a weapon with this agreement than they would be without it. And American intelligence is more knowledgeable about Iranian nuclear developments because of the deal and its inspection regime.

There is no doubt that Iran is a bad actor. We have tools to push back on that. Using the nuclear deal and re-imposing sanctions is like beating Iran with our carrots and ignoring our sticks. It could also prompt the Iranians to resume their nuclear program and it would no doubt isolate us from our European friends.

That’s why I signed on to the statement published below. 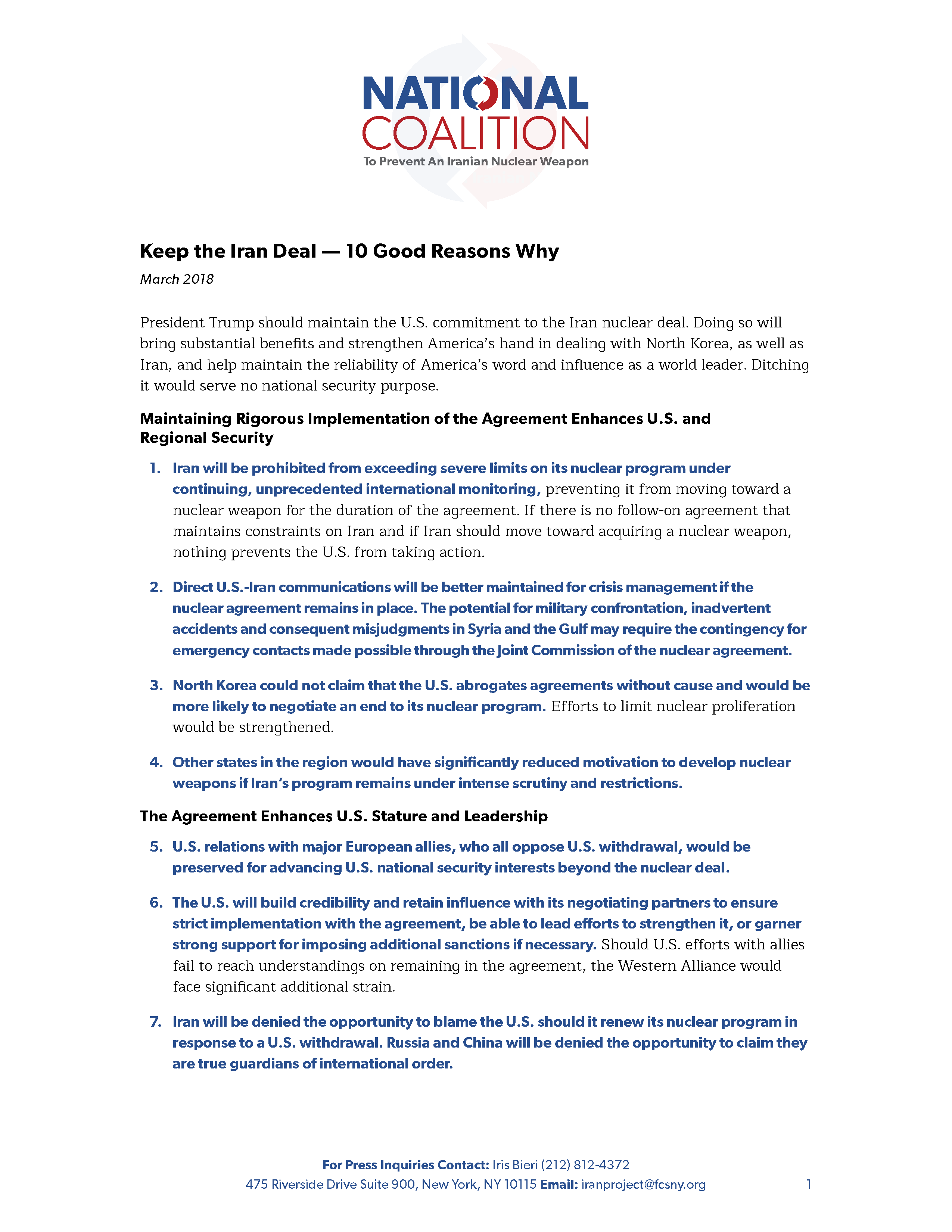 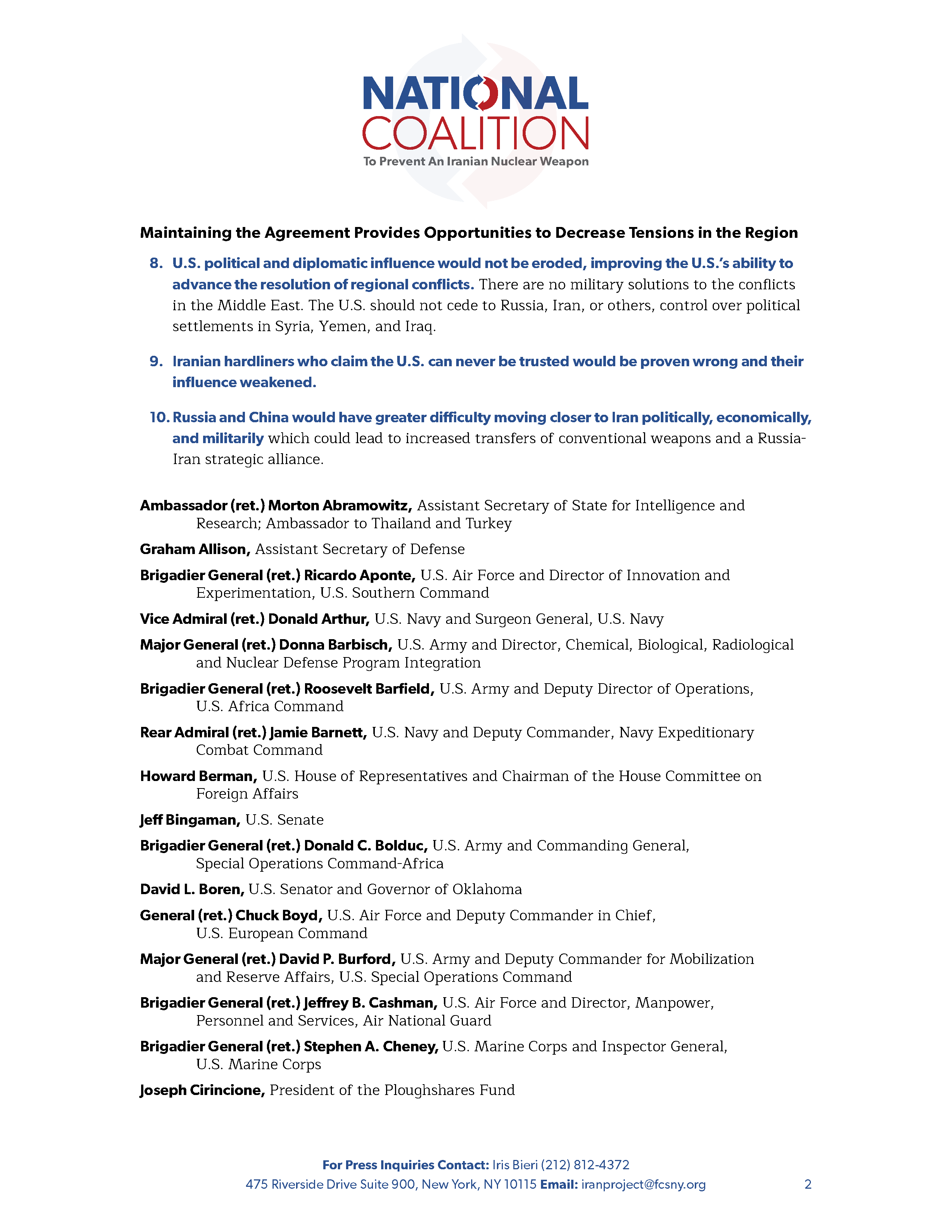 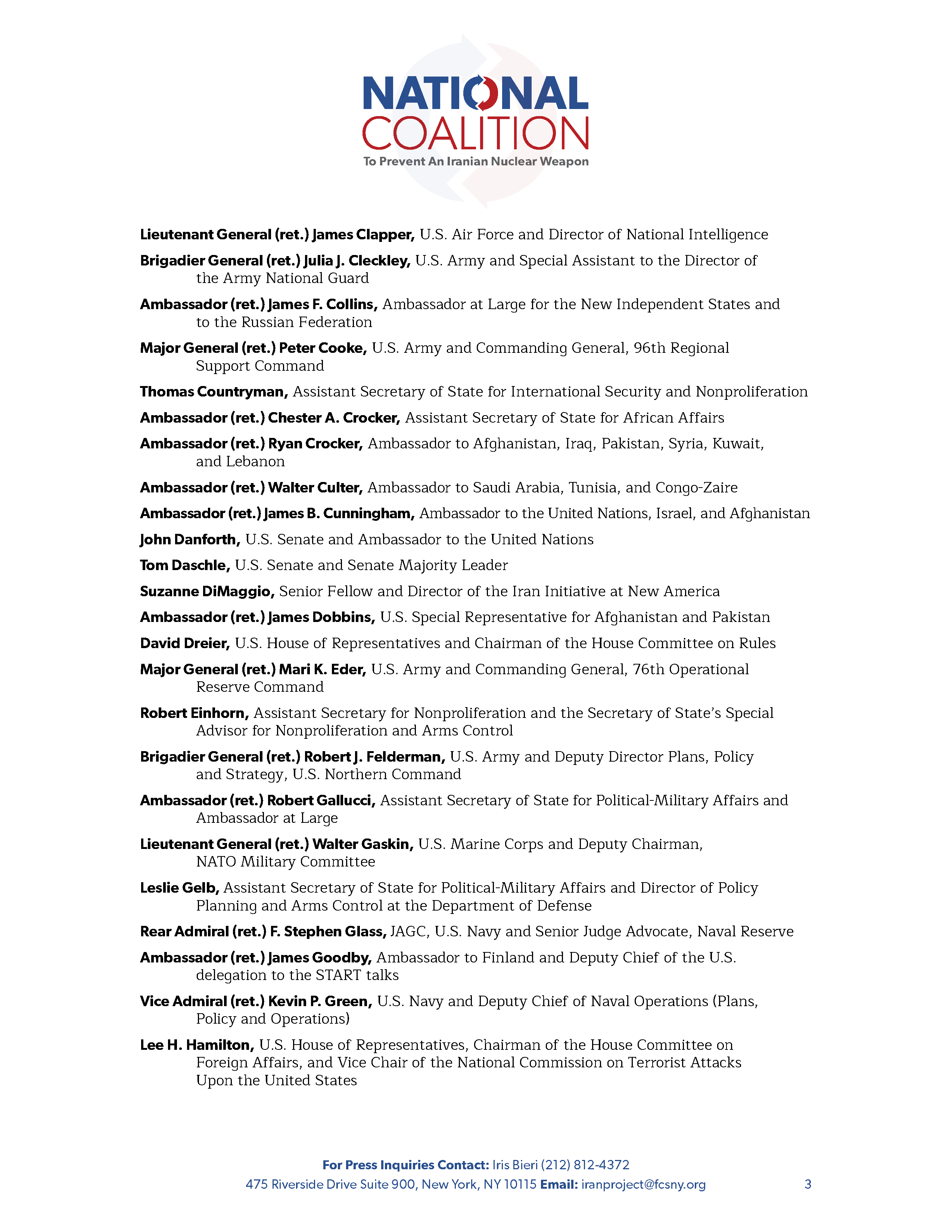 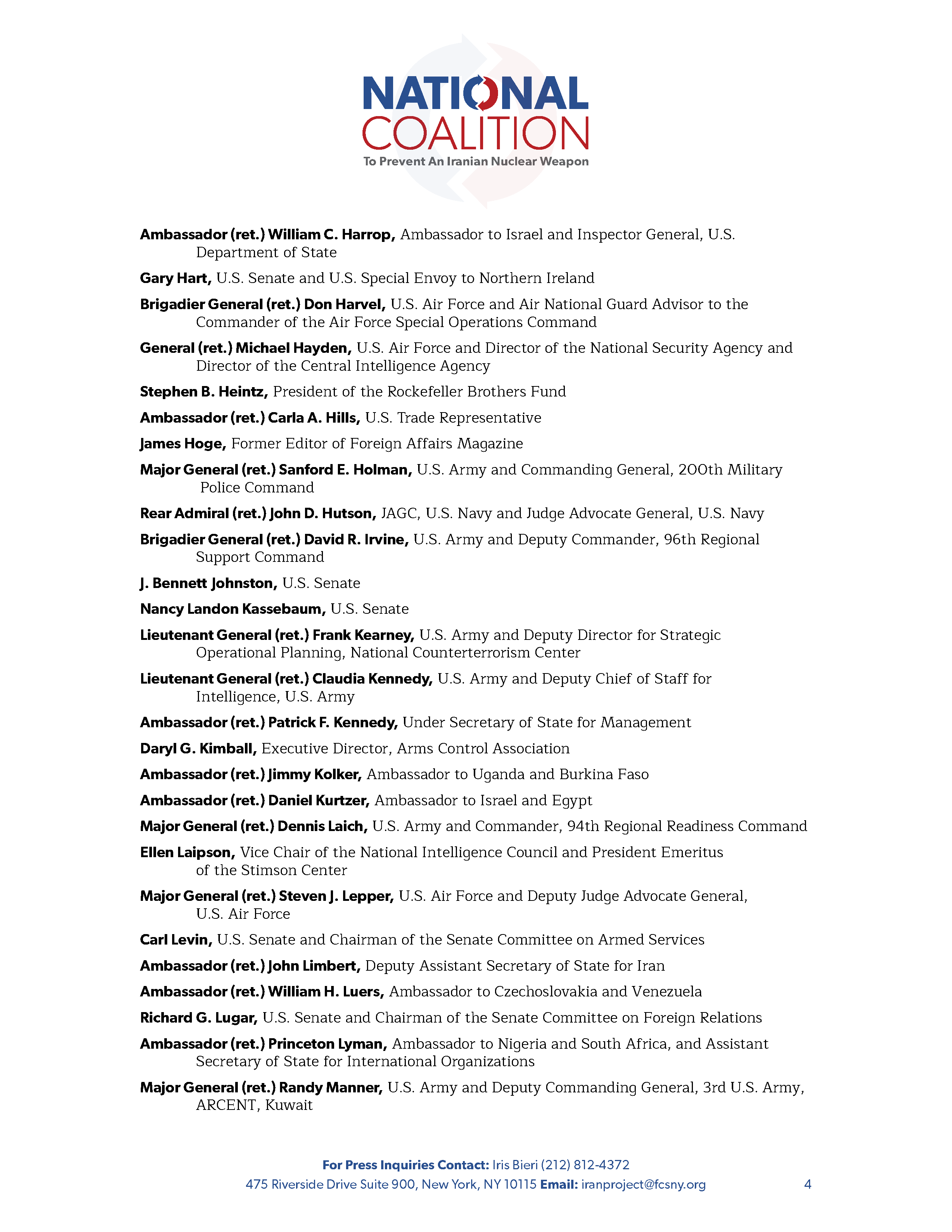 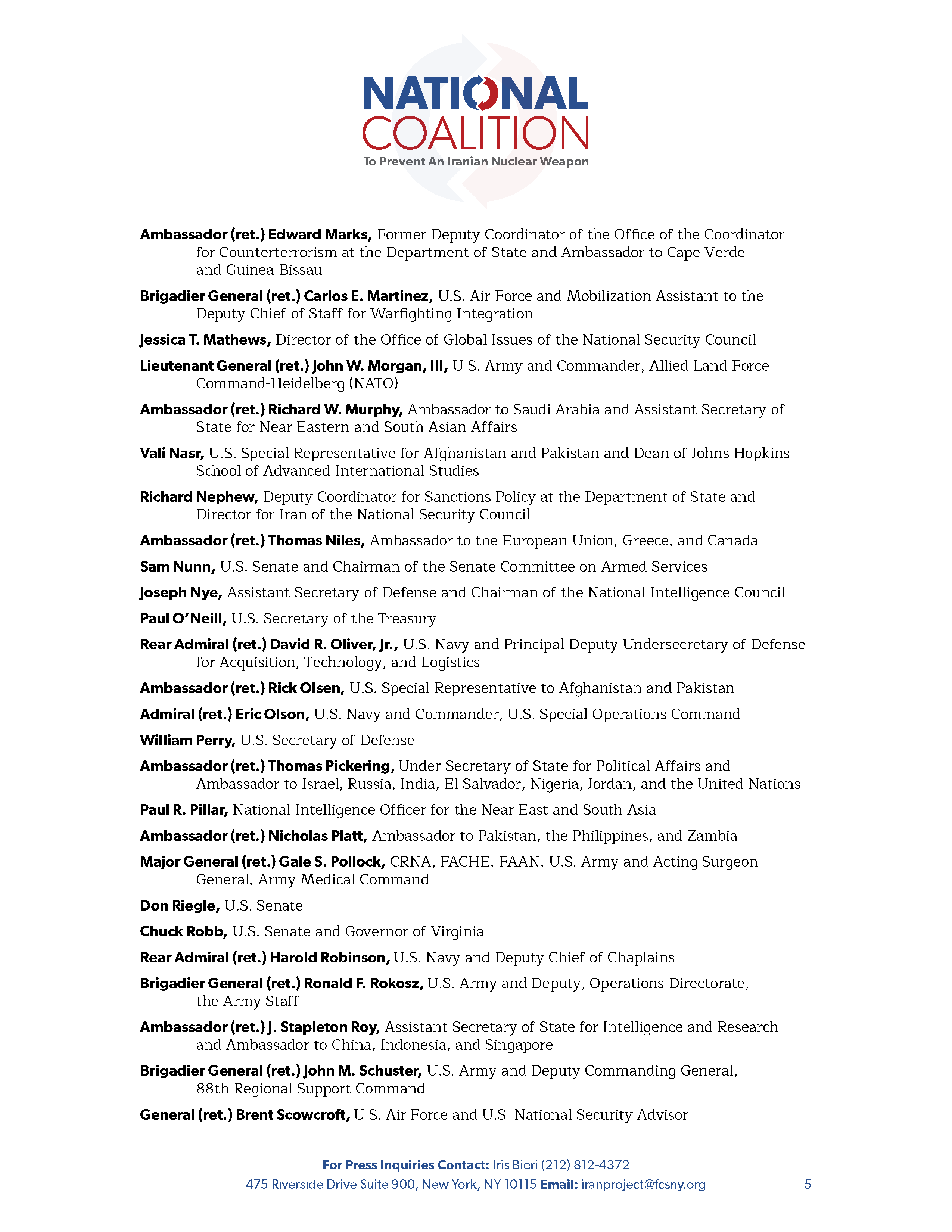 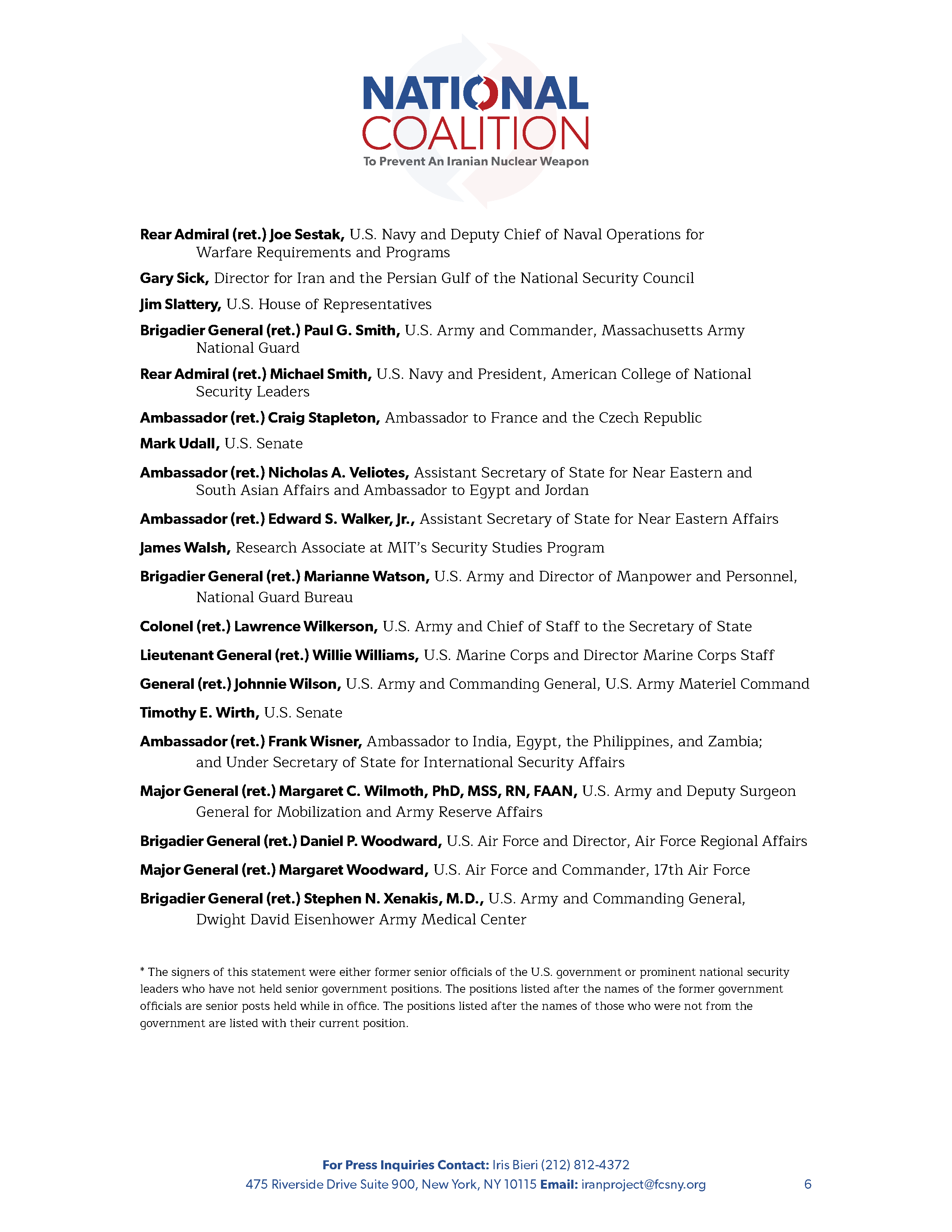 The Author is General Michael Hayden