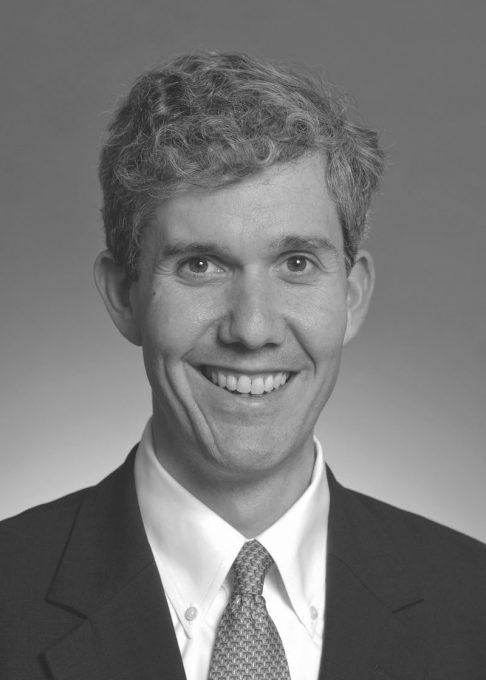 Matthew J. SlaughterFormer member, Council of Economic Advisers in the Executive Office of the President

President Donald Trump is currently on his first trip to China and East Asia. The visit comes at a time when America’s allies in the region are increasingly anxious about their security—which should rightfully be a major focus of the trip. But it is critical that our economic future with the region also be a key theme of the visit.

To boost America’s security ties to Asia, we should aim to boost our foreign investment from there as well. And to show America really is “open for business,” reviews of inbound foreign investment by the Committee on Foreign Investment in the United States (CFIUS) need to be more efficient and focused solely on security, not protectionism.

To suggest promoting foreign investment as a vehicle to boost national security may seem counterintuitive, especially after a presidential election full of sentiments against globalization. But the most important long-run determinant of a country’s national security is the strength of its economy. And the facts continue to show the many contributions foreign investment makes to America.

All these productivity-enhancing activities contributed to the 6.8 million employees of these U.S. affiliates, earning an average compensation of $79,040—about one-third above the average for all other private-sector U.S. jobs. These parent companies also create millions of good jobs at their suppliers.

Take Smithfield Foods, for example. The maker of Nathan’s Famous hot dogs put Smithfield, Va. on the map as the world’s largest pork processor and hog producer. In 2013, Smithfield Foods was acquired by the Chinese company Shuanghui International Holdings Ltd. Since becoming part of Shuanghui, Smithfield Foods has added more than 1,000 employees and is boosting its investment in the United States. In August, the company announced a $100 million investment in North Carolina that will add approximately 250 new jobs.

And yet, this acquisition raised questions—in particular, about risks to U.S. food security. Fortunately, the United States has a process in place to review these sorts of legitimate national-security concerns: CFIUS. Comprised of several government agencies and led by the U.S. Treasury Department, CFIUS is tasked to review mergers and acquisitions (M&A) to “ensure national security while promoting foreign investment.” To meet these twin goals, CFIUS often alters a transaction’s commercial terms to mitigate national-security risks. CFIUS reviewed and approved the Smithfield transaction.

Unfortunately, today the CFIUS process seems broken. Multiple sources indicate delays and roadblocks, with many proposed transactions being forced into a cycle of withdrawing from review and then refiling to start a new review. One report states that more than half a dozen proposed Chinese transactions are stuck in this purgatory; beyond China, other stuck transactions involve companies from long-established economic partners such as Singapore and Japan.

It is unclear whether these problems are being caused by insufficient resources at CFIUS to manage a growing influx of transactions, or by committee members pursuing protectionist aims. Regardless, CFIUS is sending a message that the United States is closed for business—and companies are taking notice. According to Bloomberg, Chinese investment in the U.S. this year has declined 51 percent compared to 2016 totals. Further, a recent survey from the advisory firm Brunswick Group found M&A advisors see Trump and CFIUS as having a large negative impact on foreign investment into America.

We strongly believe that CFIUS should reject transactions that threaten U.S. security—the recent rejection of Beijing-backed Canyon Bridge’s purchase of U.S. chip maker Lattice is one such example. Yet we also believe CFIUS should seek ways to approve transactions, not reasons to kill them.

This is even true when it comes to possible investments from China. Yes, CFIUS should be vigilant in pushing back against Chinese abuses and should reject any and all acquisitions that threaten America’s national security. But CFIUS should also welcome investment from Chinese companies that meet Western standards of transparency and business practices and that can have any security concerns mitigated.

A strong America is prosperous and safe. Foreign investment helps foster both. We hope that on his Asia-Pacific trip, the president encourages investment from Asia into the United States. We similarly hope that back here at home, the CFIUS process finds a way to work more efficiently. Both these changes would bring tangible economic and national security benefits to the United States.

The Author is Matthew J. Slaughter

Matthew J. Slaughter is the Paul Danos Dean of the Tuck School of Business at Dartmouth, where in addition he is the Earl C. Daum 1924 Professor of International Business. He is also a member of the American Academy of Arts and Sciences, a Research Associate at the National Bureau of Economic Research; an adjunct Senior Fellow at the Council on Foreign Relations; a member of the academic advisory board of the International Tax Policy Forum; and an academic advisor to the McKinsey Global... Read More

The Coauthor is Michael J. Morell