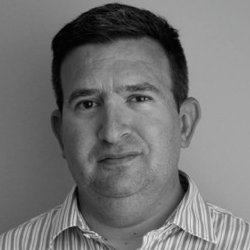 The United States and its allies are consumed by their battle with ISIS, but to many terrorism experts, al Qaeda remains a serious force to be reckoned with, one that is actually increasing in strength.  The Cipher Brief’s Bennett Seftel spoke to Daveed Gartenstein-Ross, a senior fellow at the Foundation for Defense of Democracies, about his appraisal of al Qaeda, 15 years after the U.S. invaded Afghanistan in pursuit of the terrorists responsible for the 9/11 attacks.

The Cipher Brief: What is your overall assessment of the current state of core al Qaeda and its affiliates? Is the group’s strength in its core or in its affiliates around the globe?

Daveed Gartenstein-Ross: This question is frequently debated amongst analysts. My view is that al Qaeda is relatively coherent as an organization. It’s obviously not perfectly coherent – no non-state actors are – but the core leadership is able to set a strategy, which is followed – albeit with varying degrees of strictness –throughout the organization. Al Qaeda’s strategy also differs from one region to another.

Since al Qaeda moved to an affiliate model, if you look at it in terms of actual material strength, for most of the organization’s history, there has been more material strength in the affiliates than in the core. For example, look at al Shabaab in Somalia or al Qaeda in the Arabian Peninsular (AQAP) in Yemen, or al Qaeda in the Islamic Maghreb (AQIM) in North Africa, versus what we think of as the core leadership. But that doesn’t mean that the core leadership is powerless vis-à-vis the affiliates. If the core is able to dictate an affiliate’s strategy or the movement of resources through various affiliates, then it can influence the allocation of money and resources. So it has influence beyond South Asia, where most analysts have – somewhat inaccurately – assessed the core to be.

The core doesn’t just exist in South Asia. That’s a construct that should not just be challenged but abandoned. We can see individuals regarded as al Qaeda senior leadership in Yemen, the late Nasir al-Wuhayshi for example, who simultaneously held a senior leadership position in the overall organization as well as within AQAP. Further, in Syria, the group of individuals that moved out of Afghanistan known as the “Khorasan group” should be regarded as al Qaeda senior leadership, but they are based in Syria, not in Afghanistan. So the core leadership is a bit more diffuse than people often think.

All of which is to say that the core is not the most materially powerful in vacuum. Nobody would hold that it is. But it has influence within the network beyond just what that material power would dictate.

TCB: Is the connection between core al Qaeda and its affiliates more of an ideological link, or are there actual transfers of money and messages?

TCB: The U.S. continues to kill top AQ leaders, but it seems as though they are constantly replaced. How effective has the strategy of leadership decapitation been?

DGR: Overall, not particularly effective. It has been effective for certain things. The U.S. targeted killing program is very good at disrupting plots that are in progress, but in terms of victory through continued attrition, I don’t think it is an effective strategy in and of itself.

The cost of the strategy is that sometimes the U.S. has killed people who it shouldn’t have. That has at times resulted in not only humanitarian and moral costs, but also gains for the enemy. You need a broader strategy rather than just a strategy based fully on attrition.

Targeting leadership is not a bad thing. It’s not always good, but it certainly isn’t a bad thing, and there have been some significant victories in this regard. It wasn’t drone based, but the mission that took out Osama bin Laden was a targeted killing, and it weakened the al Qaeda network in definite ways.

We have over-relied on one specific mechanism, and mistaken a tactic for a strategy. Overall, the U.S. has really underestimated al Qaeda over the course of the past six plus years.

TCB: Could the removal of al Qaeda leader Ayman al Zawahiri have significant ramifications for the organization?

DGR: It certainly could, but just like with bin Laden, there is a succession plan in place. Zawahiri’s removal would have an impact on the network, but it’s unclear how big that impact would be. If Zawahiri were killed, it’s possible that there could be a restructuring within the organization. It’s possible that some affiliates could leave because their bayat, or pledges of allegiance, would no longer be binding.

But I would bet against that. I would bet fairly heavily against major affiliates leaving. The structure of al Qaeda itself is designed to survive attrition. It’s what Derek Jones, a Special Forces colonel, refers to as a “clandestine cellular network.” It’s clandestine in that it’s out of sight, and cellular in that when one node is taken out—even top leadership—it’s designed to not bleed over and destroy other nodes.

You remember of course that when bin Laden was killed, many analysts thought that we were close to strategic defeat. Former Director of the CIA Leon Panetta used that phrase, and he wasn’t the only one. Nothing of the sort has occurred. The amount of territory and resources this organization can muster now is far, far greater than it was in 2011, and greater than it has ever been.

TCB: We’ve seen core al Qaeda beaten back and ISIS emerge in the spotlight of the global jihadist movement. After ISIS, a new and more deadly group could emerge in its place. Is this a pattern we will have to live with for the foreseeable future?

DGR: It’s possible, but I would put my bet on al Qaeda reemerging. At this point, al Qaeda is objectively quite a bit stronger than ISIS is. ISIS’ strategy of ramping up the violence and the brutality helped it to attract supporters, but ultimately contributed to the organization becoming toxic and to the organization’s decline.

ISIS’ predecessor, al Qaeda in Iraq (AQI), was defeated in the 2007-2009 period. After that, al Qaeda core shifted its strategy to try to make its network more of an organic extension of people’s aspirations in local areas. It made the effort to rebrand itself, making itself more population centric. So I don’t think it’s inevitable that we will see a different, more violent ISIS emerge – at least, not one that attains ISIS’s strategic success.

Al Qaeda itself has enormous ability right now to inflict significant damage through terrorism and military means in multiple regions simultaneously. To me, that is a concern. If another group like ISIS emerges, it would most likely be from an al Qaeda affiliate. All of the affiliates are strong in their areas, but they would, like ISIS, have to try to expand internationally if they wanted to challenge al Qaeda on a global scale.

ISIS was largely unsuccessful at expanding internationally overall. It experienced some expansion successes for a short period, but it wasn’t able to sustain international growth. The group’s international expansion was always overestimated by analysts, and it didn’t have the kind of core support in Somalia, Yemen, or other places that many observers expected. It did experience significant and sustained growth into Libya and Egypt, and was able to lure Boko Haram in Nigeria over to its network – although Boko Haram has really declined in potency since joining ISIS.

TCB: What more can be done as part of the strategy to combat the al Qaeda network?

DGR: Right now, al Qaeda is able to operate much more openly than it ever has before. This has been true for a while in Syria, where their Syrian affiliate, Jabhat al-Nusra (now renamed, as I’ll explain momentarily), has been able to receive state support.

There was a statement from Jabhat al Nusra’s emir, Abu Muhammad al-Julani, in which he said they were disaffiliating from al Qaeda, they wouldn’t answer to any foreign entities, and they renamed the group Jabhat Fatah al-Sham. But most analysts don’t take that seriously as an actual disaffiliation, and I agree with this conclusion. Certainly the disaffiliation, even if not sincerely meant, may have an impact on the organization, but Julani’s statement was full of praise for Zawahiri and bin Laden. It seems to be a wink and a nod disaffiliation, which is designed, in part, to open them up to more state support.

Key figures in the network, such as Abu Qatada and Abu Muhammad al Maqdisi, are out of prison and operating openly. It’s an organization that is able to operate out of the shadows in the Middle East and North Africa in a way that simply wasn’t possible five years ago.

ISIS rendered itself toxic. It has to operate in the shadows. Right after 9/11, al Qaeda was toxic. That toxicity has declined in part due to ISIS’ excesses – with which al Qaeda can now contrast itself – and in part due to the conflict between the Gulf Cooperation Council (GCC) states and Iran, in which al Qaeda has been able to do a fairly good job of positioning itself as an asset to the GCC countries. So that’s one thing that needs to be concentrated on from a strategic perspective.

One reason why I don’t spend as much time thinking about strategy as I used to is because for the past six plus years, if you look at common understandings of al Qaeda within policy circles, those understandings were often completely wrong. For two years, people thought the organization was in a state of major decline and ISIS was going to eclipse it. That didn’t happen. Al Qaeda, it’s now fairly clear, has emerged more powerful after the rise of ISIS as a challenger.

We need to understand this organization and what it’s doing before we can actually fashion an effective strategy. If your understanding of al Qaeda is that they are on the verge of strategic defeat and that killing a few more leaders is going to push them to a point of no recovery, which is what many in the Obama administration said back in 2011, then that would dictate a very different strategic course than if you understand it as a more well-functioning network with a deeper bench.

Those analytic understandings have consequence, and it’s vital that we get them right. There needs to be, at some point, an analytic reckoning and a realization that the dominant paradigm for understanding al Qaeda has been wrong for over half a decade.

The Author is Daveed Gartenstein-Ross

Daveed Gartenstein-Ross is a senior fellow at the Foundation for Defense of Democracies and the chief executive officer of the consulting firm Valens Global. He is also an adjunct assistant professor in Georgetown University's security studies program.