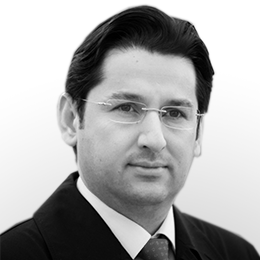 Twelve people have been detained in connection with the New Year’s night club gun attack in Istanbul that left 39 people dead. Islamic State has claimed responsibility, although it offered no further details. A manhunt is underway for the lone gunman, who is still on the run.

The attack comes after a tumultuous 2016 for Turkey, which included numerous terror attacks, expanded involvement in the Syrian war, an attempted military coup against President Recep Tayyip Erdogan in July, and most recently the shooting of Russia’s ambassador to Turkey Andrey Karlov in December.

The Cipher Brief recently spoke with Aykan Erdemir, a former member of the Turkish Parliament, to find out what he believes are the challenges ahead for Turkey in 2017.

The assassination of Andrey Karlov, Russia’s ambassador to Ankara, and the subsequent signing of the Moscow Declaration between Russia, Iran, and Turkey, has presented yet another setback for Turkish President Recep Tayyip Erdogan’s foreign policy vision. The declaration guaranteed Syria’s “sovereignty, independence, unity and territorial integrity … as a multi-ethnic, multi-religious, non-sectarian, democratic and secular state,” and by signing it, Ankara officially abandoned its policy of toppling the Assad regime. This dramatic reversal is emblematic not only of the bankruptcy of Turkish designs for Syria but also the failure of Erdogan’s pan-Islamist ambitions.

Since its inception, the Republic of Turkey, which emerged from the ashes of the Ottoman Empire, has chosen to be a status quo power, cautiously guarding the hard-earned territory delineated by the Lausanne Peace Treaty of 1923. Ankara’s existential worries about its territorial integrity have led it to support the territorial integrity of its neighbors, just as anxieties about its own sovereignty have kept it from involvement in other countries’ internal affairs. Turkey has viewed its membership in the Council of Europe, NATO, and the OECD – and its candidacy for the European Union – as anchors of stability during the Cold War and after. A similar apprehension motivated it to distance itself from the volatile politics of the Middle East.

In the Middle East and North Africa, Erdogan saw himself as the patron of an emerging regional Muslim Brotherhood alliance and made regime change a priority, abandoning the secular republic’s distancing from regional conflicts. After becoming president in 2014, Erdogan explicitly challenged the five permanent members of the U.N. Security Council by waging a campaign called, “The World is Bigger than Five.” He has taken steps to pivot from the transatlantic alliance of the post-World War II era to the Shanghai Cooperation Organization, a Eurasian politico-military alliance that includes Russia and China. Erdogan even toyed with irredentism by suggesting expanding Turkish territory beyond the Lausanne Treaty borders to the now-Iraqi city of Mosul.

In 2016, however, the world witnessed the crash landing of Erdogan’s vision – a pan-Islamist strategy, which he hid behind neo-Ottoman rhetoric at home and self-righteous revisionism abroad. Ankara recognized the failure of its policy of regime change in Syria, Egypt, and other countries roiled by the Arab Spring. Turkey – marred by authoritarianism, terrorism, economic slowdown, and an abortive coup – has ceased to be a model for Erdogan’s Muslim Brotherhood disciples. In June, Turkey acquiesced to Russia after a seven-month conflict over a downed jet, by providing “strategic investment” status to the Russian nuclear project in Akkuyu and the decision to revive the Turkish Stream gas pipeline. Similarly, the Moscow Declaration brought an embarrassing end to Ankara’s prior challenges to Iranian destabilization in the region.

Despite his Islamist-friendly ambitions, Erdogan’s weathervane foreign policy is shaped mainly by his struggle to survive in a hostile domestic arena. Over the last 14 years, Erdogan has survived coup attempts, party closure cases, graft probes, economic crises, and intra-party spats by turning former allies into enemies and vice versa. As a pragmatic leader, the Turkish president is willing to make foreign-policy U-turns if he sees them as strengthening his one-man rule at home.

A year ago, pundits made repeated calls for a “reset in Turkish foreign policy,” predicting the radical overhaul that was to come in 2016. Within the next six months, Turkey normalized relations with Israel and Russia, reached out to Saudi Arabia and the United Arab Emirates, and even expressed interest in reconciliation with former foes, like Egypt’s Abdel Fattah el-Sisi and Syria’s Bashar al-Assad.

Until the abortive coup of July 15, Ankara’s attempts to improve ties with other regional countries had one major goal: to break from Turkey’s growing isolation. Iran’s growing hegemony in the region, the security threat from the outlawed Kurdistan Workers’ Party (PKK) and its Syrian affiliate, and the growing jihadist threat within the country motivated Ankara’s multipronged initiative. Following the coup attempt, Erdogan felt an additional need to court Russia and Iran, two countries that were quick to extend their support during and after the coup attempt.

On the international front, Ankara’s priorities have revolved around two key priorities: Preventing the establishment of a contiguous Kurdish entity in northern Syria and countering the growing PKK presence in Sinjar. The receding U.S. footprint in the Middle East and the increasingly inward-looking policies of European Union member states, has pushed Ankara toward finding a modus vivendi with the only two actors willing to commit boots and resources to the region.

Turkey currently has troops in Syria and Iraq. In Syria, they are tasked with backing rebels in their push toward Al-Bab, and in Iraq, to support Sunni Turkmen and Arab proxies in Nineveh Province. Turkish soldiers partaking in the Euphrates Shield operation in Syria – and those stationed in Bashiqa, Iraq – are suffering rising casualties from attacks by the Islamic State and other non-state actors. Ankara hopes that improved relations and better coordination with Iran and Russia can help alleviate that risk.

After 14 years of trying to steer Turkey from its conventional foreign policy, there are several reasons why the AKP’s pan-Islamist vision failed. From the start, Erdogan’s foreign policy suffered from a mismatch between his grand ambitions and Turkey’s limited capabilities. The country’s universities, bureaucracy, and security apparatus lacked the human resources, language and area expertise necessary to be a global player, a deficit that Erdogan’s nepotism and purges only deepened. In the absence of competent team players, the AKP relied on incompetent cronies and Islamist networks both at home and abroad. Erdogan’s heavy-handed crackdown on dissidents and Turkey’s descent into authoritarianism eroded the country’s image and soft power, further limiting its diplomatic options.

Recognizing Ankara’s foreign policy’s failures, Erdogan has chosen to pivot Turkey toward Russia and Iran. Unlike his Western counterparts, these newfound partners do not care about Turkey’s human rights record or crackdown on dissent. They also have the benefit of providing immediate relief to security threats in Syria and Iraq. Furthermore, they could help Erdogan in his ambitions to challenge the Western order – as long as he doesn’t relapse back to pan-Islamism (neither Moscow nor Tehran has any love for the Brotherhood and their Sunni Islamist politics). Such a pivot, however, would inevitably be accompanied by further descent into authoritarianism, crony capitalism, and social polarization, thereby deepening Turkey’s political, economic, and diplomatic troubles.

There is a tried and true way of saving Turkey from its diplomatic collision course – one demonstrated by Turkey’s pre-Erdogan history. For most of its history, the country’s membership in Western institutions and development of inclusive political and economic institutions went hand in hand. A Turkey that’s back on track for convergence with Western standards of secular and democratic governance could again make the country a constructive player and an inspiration for building inclusive institutions in the Middle East and Muslim world. That, however, would require a pivot from Moscow and Tehran, and back to Turkey’s transatlantic partners.

The Author is Aykan Erdemir

Dr. Aykan Erdemir is a senior fellow at the Foundation for Defense of Democracies, and a former member of the Turkish Parliament (2011-2015). He is a founding member of the International Panel of Parliamentarians for Freedom of Religion or Belief, and a recipient of the 2016 Stefanus Prize for Religious Freedom.  Erdemir holds a PhD in Anthropology and Middle Eastern Studies from Harvard University, and is co-author of the 2016 book Antagonistic Tolerance: Competitive Sharing of... Read More