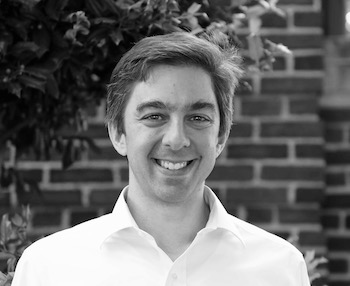 Josh RudolphFellow for Malign Finance at the Alliance for Securing Democracy

By Josh Rudolph and Adam Kline, Alliance for Security Democracy

This weekend may be the first time in the history of the G7 that the group meets without agreeing on a joint statement. That’s partly because the host, French President Emmanuel Macron, wants to avoid last year’s fiasco of President Donald Trump retracting his endorsement of the communique ten minutes after it was publicly released. Macron may instead issue his own chair’s summary of the discussion.

The good news is that this more flexible format could provide an opening for Macron to advance a priority that he has advocated for within Europe and that the G7 committed to last year but has not yet implemented: combating secret foreign funding of political parties, campaigns, and advertisements.

The most important agreement at last year’s summit was the Charlevoix commitment establishing a Rapid Response Mechanism (RRM) to coordinate the defense of G7 democracies against foreign threats. The G7 charged the RRM with countering malign interference ranging from disinformation on social media to non-transparent foreign “funding for political parties and all types of political advertising.”

Since then, three G7 governments have launched teams of civil servants sharing threat intelligence with each other, but thus far they’ve only focused on information operations. The Canadian foreign ministry organized a staff of eight who recently observed that disinformation tactics pioneered by Russia were used in this year’s European election by non-state actors operating misleading alternative news sites and inauthentic social media accounts. The United Kingdom established a similar team of seven to spot disinformation (such as false Russian claims about the Skripal poisoning) and work with the rest of the British government to publicly “rebalance the narrative.” And even though the White House hasn’t instituted a senior-level process to coordinate U.S. defenses against foreign interference, executive departments are combating active measures within their respective lanes, including RRM coordination.

These vital efforts must be developed further, along with the increasingly assertive cyber activities of Western security and intelligence services. But the risk is that these defenses remain limited to the most salient attack vectors from 2016 while new evidence over the past year shows Moscow growing bolder with its clandestine deployment of political spending.

The reported cases of financial interference in G7 democracies include a loan to a party in France, foreign ties to the top donor in Britain, offers of derogatory information on an opponent in the United States, “material support” for a lawmaker in Germany, and negotiations to funnel oil profits to a party in Italy. Russian money also reportedly nurtures far-right digital ecosystems in Sweden and other European countries. Looking across these and another two dozen similar incidents over the past decade, the trend increasingly indicates greater frequency, higher dollar amounts, and more flagrant criminality.

Politicians are rarely enthusiastic about clamping down on campaign finance, and these loopholes cannot be closed by bureaucrats or G7 statements alone. However, a clear signal of support from the G7 would provide a green light of political legitimacy for the new defenders of democracies to start tracking and shining a spotlight on foreign dark money.

Specifically, both in the private discussion and in any public statement that follows, G7 leaders should reiterate support for the RRM broadly (as G7 foreign ministers did in April) and emphasize the need to refocus on the threat of covert foreign political funding (point #7 last year).

With Macron at the helm this weekend and with next year’s G7 hosted by Trump (who wants to readmit Russia), this may be the last best hope to inject fresh momentum, purpose, and direction into the ongoing efforts to secure Western democracies.

Intern Adam Kline is a co-author of this piece.  This article was originally published as a German Marshall Fund Transatlantic Take and is re-published in The Cipher Brief as part of a content partnership with The Alliance for Securing Democracy

Get up close with the experts March 22-24 in Sea Island, Ga for The Cipher Brief’s 2020 Threat Conference.  Seats are extremely limited, so apply for yours today.

The Author is Josh Rudolph

Josh Rudolph is the Fellow for Malign Finance at the Alliance for Securing Democracy. He previously served in a range of U.S. Government positions at the intersection of financial and national security policies. As advisor to the U.S. executive director at the International Monetary Fund, Josh formulated and represented official U.S. positions towards matters being decided by the IMF executive board. At the White House National Security Council, he chaired interagency diplomatic and technical... Read More