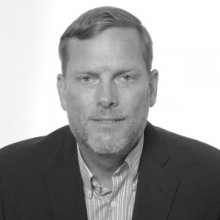 The U.S. Intelligence Community’s (IC) clandestine human intelligence (HUMINT) services are experiencing an erosion of their core mission and values, with consequences to our current and future collection capability.

As a 31-year career veteran at the Central Intelligence Agency (CIA), I executed and managed some of the CIA’s sensitive covert action, foreign intelligence, and counterintelligence operations and served as the Associate Deputy Director for Operations of the Defense Clandestine Service.

Recent pronouncements by national leaders, including those of President Barack Obama during an interview with CBS in April that information is being classified that is otherwise available in the press; superficial assessments by politically-appointed or elected officials critical of  intelligence activities without context; and “authorized” disclosures that compromise sensitive information, all reflect a disturbing evolution within our our clandestine intelligence services and among the policy makers.   This is not just my concern, but one shared by peers and colleagues who have written for The Cipher Brief and other media outlets.

While not unique to this Administration, the increasingly common practice of deferring core mission decisions to the National Security Council and a shifting vision of intelligence to “in support of” rather than “independent of” policy, have led to questions whether a disregard for the unique requirements of clandestine HUMINT are so pervasive as to require an entirely new and dedicated service.

I believe the issue in the IC is not the need for a new service but the need for experienced mission-enablers, vice political loyalists, at the command level. It is expected that officers across the community will have unique perspectives on the organizations from which they come, but as a former field and headquarters’ leader with CIA and DIA, I have found there to be basic policies, practices, and principles necessary for the effective conduct of CIA and DIA’s core HUMINT mission.  Repeatedly, in the absence of these foundational requirements, we have lost mission capability or suffered catastrophic impact to our collection posture, and failed where the nation needed us to succeed.  As with so much of how government functions today, we are at a critical crossroads requiring a reevaluation by experts on the conduct of espionage by the U.S. in an increasingly complex world.

As a practical matter, an intelligence perspective will focus primarily on clandestine HUMINT. Although most senior CIA leaders will have commanded or coordinated activities across the 16 IC services/offices, HUMINT presents unique challenges for actor, manager, and oversight.  Similarly, the premise on which an intelligence perspective will be based is in the recognition of the fact that the one unique contribution CIA and the clandestine element of DIA provide the U.S. Government is the clandestine collection and dissemination of human-derived intelligence.

As with any global HUMINT service, CIA and DIA have embedded administrative and technical capabilities, which are critical supporting functions to the execution of mission.  Likewise, each have sizable all-source analytic staffs, who contribute to the broad public and private sector analytic community and can be highly effective mission-enablers when assigned to field stations in direct support of collection.  CIA and DIA’s administrative, technical, and analytic components, however, must augment and enhance core mission rather than detract from it.

Forces in and outside of government demanding greater visibility into clandestine HUMINT have existed throughout the services’ histories, but combined with diminishing focus on the services’ core mission, an environment hostile to the conduct of espionage has been created, which must be addressed in a new Administration. Special legal provisions and risk tolerance required to effectively conduct clandestine intelligence collection abroad are quietly being eroded by political agendas with no consideration of mission requirements.

For example, seemingly benign policies, such as the ongoing restructuring of both CIA and DIA, dramatically expand dissemination of sensitive source information, and the shift from need-to-know to duty-to-inform have led to the exposure of numerous assets, some of whom have recently paid the ultimate price for aiding our counterterrorism and nuclear proliferation programs.  Those changes of culture and policy in CIA are facilitated by a careful selection process of senior leadership teams based on loyalty to professional cliques, often with a lack of depth in mission experience and proven ability across diverse environments, resulting in group think and the concurrent loss of our greatest leadership talent.  Former CIA Deputy Director Stephen Kappas spoke poignantly of this condition when he said he could find 100 Agency officers willing to risk their lives in a war zone, but could find not one willing to risk his/her career.

When there is consensus on the core mission of the service, effective execution of it is based on a collective vision for what constitutes honor, common sense, and diversity, and how we will judge our intelligence officers and their activities.  Common sense, for example, is often questioned in post-incident analysis, however, in an intelligence context, common sense is recognized as relative to the individual and society in which it applies.  The perspective of most foreign officials varies considerably from that of an American raised in a multi-cultural society with legal principles based on Judeo-Christian values.

Thus, an intelligence officer is required to operate in foreign lands, subjected to the cultural expectations of the iconic American while adapting to the values and culture of the target society.  The officer’s ability to do so determines whether a foreign official will ultimately risk familial and personal reputations, their financial stability, and their own life to steal secrets the U.S. leadership could not otherwise obtain.

If we are to ask our intelligence officers to operate in foreign cultures, exposed to divergent social norms and legal standards, and to gain an intimate understanding of and work effectively in those environments, then the basis for hiring, training, directing, conducting, securing, managing, and overseeing those activities must also be in recognition of operational requirements.  Some practices within the IC will be counterintuitive to the outsider, but continued public disclosure of intelligence and critique of activities without context has direct consequence to our HUMINT capabilities and will continue to undermine this vital contribution.

Another fundamental aspect of an intelligence officer’s life, which is commonly misunderstood, is his or her value system.  First and foremost is security and maintaining the well-being of the source, even at the expense of collection.  The punchline “protection of sources and methods” is meaningless to politicians, academics, and the media “experts” on intelligence, but it is a foundational belief system among practitioners, who must resolve the ever-present internal conflict; whether we and what we do are honorable.  That is because the intelligence officer is asked to live in the nebulous space, between the definition of honor as defined by tradition as not lying, cheating, or stealing, and the reality that intelligence officers honorably do all three as a routine function of their profession.

This conflict is exacerbated by America’s commonly pronounced value that “the ends never justify the means, “which seems reasonable but fails to recognize that the manipulation of the human condition and exploitation of individual perversions, idiosyncrasies, and frailties is the very definition of espionage.  It is in response to the inherent contrasts and ethical dilemma of intelligence that come pronouncements that the CIA doesn’t (or shouldn’t) engage in espionage. This is a refrain repeated over our history by those who believe in the sanctity of a false narrative on our “nation’s values” and who lack the pragmatic perspective demanded of the intelligence practitioner.

Lastly, the fundamental underpinnings of a successful clandestine HUMINT intelligence officer are intellectual curiosity, critical thinking, and decision-making in an environment of ambiguity and constant change.  The one characteristic most detrimental to an intelligence service is group think, in which decision-making becomes subordinate to personal loyalties, manipulated by political agendas, stymied by procedural requirements, and risk-averse out of professional fear.  I would argue that the latter is exactly the position in which the IC finds itself today, robbing us of the ability to counter foreign adversaries in a world more complex than during the Cold War.  The IC has proven resilient over time, but to right our course again will require the evolution of senior intelligence leadership to those of operational consequence, cognizant of core mission, accountable for impact to mission, strong of conviction, and thoughtful in deliberation.

The Author is Dan Harris

Dan Harris served 31 years as an operations officer at the Central Intelligence Agency.   Among the senior positions Harris held were: Chief of Station in Asia and Southern Europe; regional chief for South East Asia; and Deputy Director for Operations in the Defense Clandestine Service at the Defense Intelligence Agency (DIA). He is the recipient of the DIA Director's Award.   Harris is currently a Partner at Integrated Security Concepts.