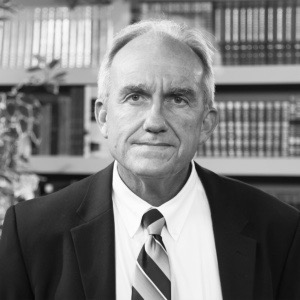 Dr. Peter Vincent Pry is executive director of the Task Force on National and Homeland Security. He served on the Congressional EMP Commission as chief of staff, the Congressional Strategic Posture Commission, the House Armed Services Committee, and the CIA. He is author of  Blackout Wars: State Initiatives to Achieve Preparedness Against An Electromagnetic Pulse (EMP) Catastrophe

OPINION — While most military and other analysts are fixated on when in the future North Korea will develop highly reliable intercontinental missiles, guidance systems, and re-entry vehicles capable of striking a U.S. city, the present and continuing threat from an Electromagnetic Pulse (EMP) attack is largely ignored.

An EMP attack does not require an accurate guidance system because the area of effect, having a radius of hundreds or thousands of kilometers, is so large. No re-entry vehicle is needed because the warhead is detonated at high-altitude, above the atmosphere. Missile reliability matters little because only one missile has to work in order for an EMP attack against an entire nation to be effective.  Here’s how.

North Korea could launch an EMP attack against the United States by Intercontinental Ballistic Missile (ICBM), or by launching a short-range missile off a freighter or submarine or by lofting a warhead to a 30-kilometer burst height by balloon. While such lower-altitude EMP attacks would not cover the entire U.S. mainland, as would an attack at higher-altitude (300 kilometers), even a balloon-lofted warhead detonated at 30 kilometers could blackout the Eastern Grid that supports most of the population and generates 75 percent of U.S. electricity.

An EMP attack could also be launched via a North Korean satellite.

North Korea’s KMS-3 and KMS-4 satellites were launched to the south on polar trajectories and passed over the United States on their first orbit. Pyongyang launched KMS-4 on February 7, 2017, shortly after its fourth illegal nuclear test on January 6, 2017, that began the present protracted nuclear crisis with Pyongyang.

These satellites resemble a Russian secret weapon developed during the Cold War, called the Fractional Orbital Bombardment System (FOBS) that would have used a nuclear-armed satellite to make a surprise EMP attack on the United States.

Access The Cipher Brief’s analysis on The Real Threat Posed by EMPs exclusively for members, here.

Ambassador Henry Cooper, former Director of the U.S. Strategic Defense Initiative, and a preeminent expert on missile defenses and space weapons, has written numerous articles about North Korea’s EMP threat from satellites, saying  “U.S. ballistic missile defense (BMD) interceptors are designed to intercept a few North Korean ICBMs that approach the United States over the North Polar region. But current U.S. BMD systems are not arranged to defend against even a single ICBM that approaches the United States from over the South Polar region, which is the direction toward which North Korea launches its satellites.  This is not a new idea. The Soviets pioneered and tested just such a specific capability decades ago—we call it a Fractional Orbital Bombardment System (FOBS)…So, North Korea doesn’t need an ICBM to create this existential threat. It could use its demonstrated satellite launcher to carry a nuclear weapon over the South Polar region and detonate it…over the United States to create a high-altitude electromagnetic pulse (HEMP)…The result could be to shut down the U.S. electric power grid for an indefinite period, leading to the death within a year of up to 90 percent of all Americans—as the EMP Commission testified over eight years ago.”

Former NASA rocket scientist James Oberg visited North Korea’s Sohae space launch base, witnessed elaborate measures undertaken to conceal space launch payloads, and concludes the EMP threat from North Korea’s satellites should be taken seriously.  He told Space Review that, “there have been fears expressed that North Korea might use a satellite to carry a small nuclear warhead into orbit and then detonate it over the United States for an EMP strike. These concerns seem extreme and require an astronomical scale of irrationality on the part of the regime. The most frightening aspect, I’ve come to realize, is that exactly such a scale of insanity is now evident in the rest of their ‘space program.’ That doomsday scenario, it now seems, has been plausible enough to compel the United States to take active measures to ensure that no North Korean satellite, unless thoroughly inspected before launch, be allowed to reach orbit and ever overfly the United States.”

As of this writing, North Korea continues to observe its commitment to suspend testing of nuclear weapons and intercontinental missiles.  However, prior to entering into negotiations, North Korean dictator Kim Jong-Un announced that they achieved their nuclear and long-range missile testing objectives—which is plausible and consistent with North Korea’s historic military technological standards, that are much lower than those of the United States.

Kim Jong-Un’s game is to use negotiations to buy time to build enough nuclear missiles so the fact of a nuclear-armed North Korea is irreversible by U.S. military action, because the risks of a U.S. disarming strike are unacceptably high.

Pyongyang, Beijing and Moscow hope that nuclear-armed North Korea will undermine the credibility and upset the whole strategic calculus of U.S. security guarantees to Pacific allies—and eventually make the U.S.  retreat from the region.

North Korea alone is reason enough to protect U.S. electric grids and other life-sustaining critical infrastructures from EMP attack, and to deploy space-based missile defenses to sustain the credibility of U.S. security guarantees in the Pacific.

Access The Cipher Brief’s analysis on The Real Threat Posed by EMPs exclusively for members, here.

The Author is Peter Pry

Dr. Pry is the Executive Director of Task Force on National and Homeland Security, a Congressional Advisory Board dedicated to achieving protection of the United States from electromagnetic pulse (EMP), cyber-attack, mass destruction terrorism and other threats to civilian critical infrastructures on an accelerated basis. Dr. Pry is also the Director of the United States Nuclear Strategy Forum, a Congressional Advisory Board dedicated to developing policies to counter Weapons of Mass... Read More