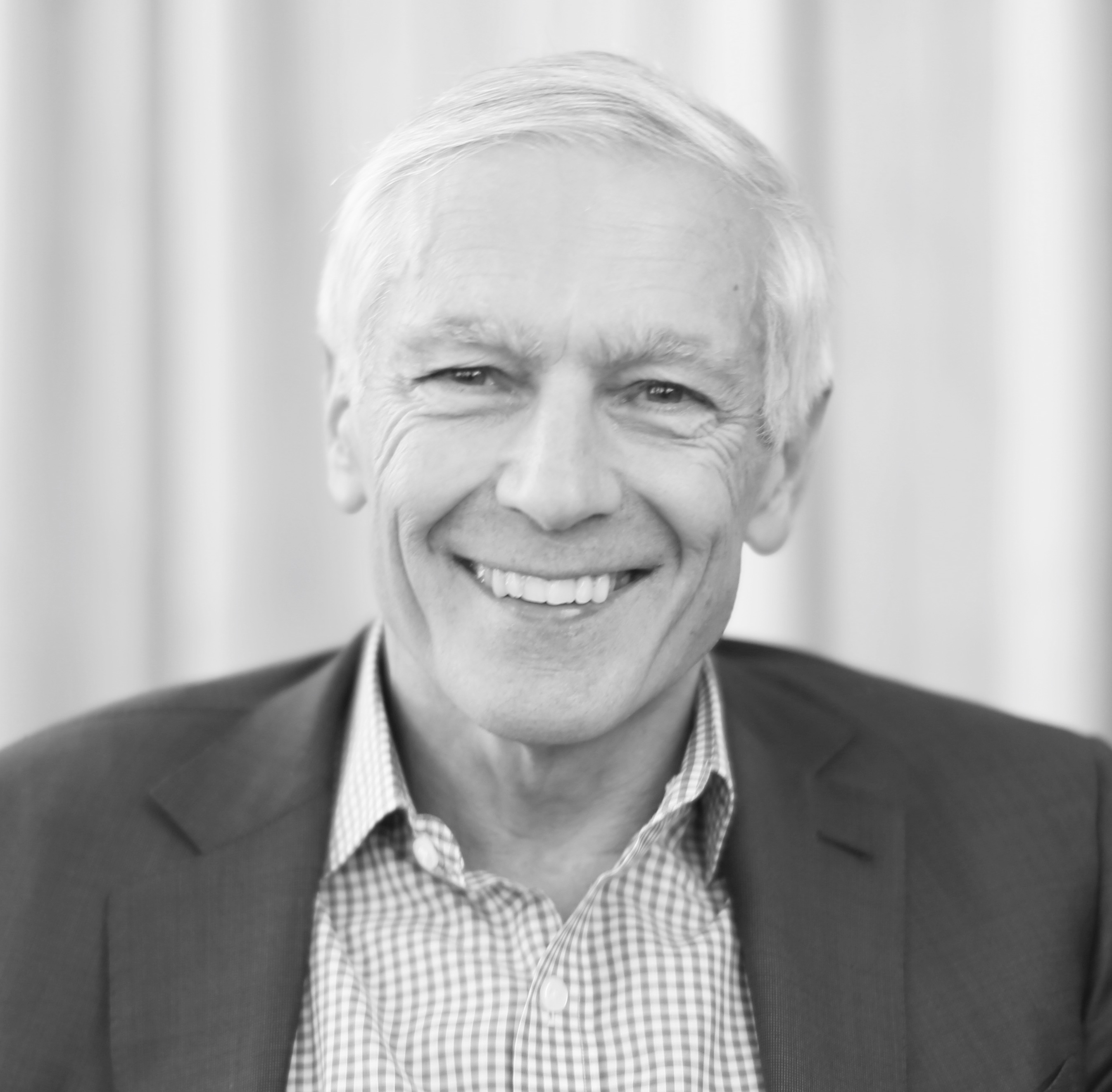 In a declaration issued at the conclusion of last week’s NATO meeting in London, leaders agreed on continuing support for the alliance and they laid out a range of actions that NATO must undertake to address future threats.

“We are addressing the breadth and scale of new technologies to maintain our technological edge, while preserving our values and norms,” read the statement.  “We will continue to increase the resilience of our societies, as well as of our critical infrastructure and our energy security.  NATO and Allies, within their respective authority, are committed to ensuring the security of our communications, including 5G, recognising the need to rely on secure and resilient systems.  We have declared space an operational domain for NATO, recognising its importance in keeping us safe and tackling security challenges, while upholding international law.  We are increasing our tools to respond to cyber attacks, and strengthening our ability to prepare for, deter, and defend against hybrid tactics that seek to undermine our security and societies. We are stepping up NATO’s role in human security.  We recognise that China’s growing influence and international policies present both opportunities and challenges that we need to address together as an Alliance.”

The Cipher Brief tapped former NATO Supreme Allied Commander Europe (SACEUR), General Wesley Clark (Ret.), who now runs Wesley K. Clark & Associates for his perspective on what came out of the meeting and the challenges and opportunities that lie ahead.

The interview has been slightly edited for clarity and length.

The Cipher Brief:  Let’s start with your general impressions of last week’s meeting.

Clark:  I was concerned because in NATO there are always issues that have to work. Nations have different interests. NATO is like a sausage making machine. You put the different ingredients in, and you run it through the committee structures of NATO – there are about 400 committees and subcommittees within NATO – and out comes a unified policy that nations can sign up to. Then, when you go to the summit meeting, or in this case the London update meeting, you have a prepared communique that everybody has already signed up for and you can have some private discussions, off the record discussions, some discussions about where things are going next. There may be issues that need to be worked on, but you present a unified front, aligned for a harmonious outcome.

That’s the whole idea of this, because NATO is fundamentally more a political alliance than it is a military alliance. It’s designed to protect and provide security, not to wage war. The waging war is only as necessary to provide the security. It’s political before it’s military. What you saw in last week’s meeting was a lot of obvious tensions at the top and that’s not good because it basically undercuts deterrence and encourages adversaries try to pry NATO countries apart.  And it encourages NATO countries to use leverage, as Turkish President Recep Tayyip Erdogan is apparently attempting to do to, to advance their own national interests. That’s not a good thing.

The Cipher Brief:  What are your thoughts on NATO’s value today? Is it as important today as it was when it was first created?

Clark:  Absolutely it is as important today as it’s ever been. NATO exists to protect Western values, democracy, freedom, freedom of the press, freedom of association and the UN declaration of human rights. NATO is built on a community of values, which then works to synergize national interests and those values are under attack today.

The Cipher Brief:  How do you feel about Turkey’s role, and especially Turkey’s leaning a bit toward Russia of late?

Clark:  I’m very disappointed that Turkey purchased Russian air defense systems.  There should be consequences for that. It definitely weakens the alliance’s structure. President Erdogan knows that he needs NATO and he knows that NATO is not going to throw Turkey out, so he’s flexing his muscles on the issue of the Kurds. After the PKK was defeated, he then brought the Kurdish issue back to life again, as it serves as a unifying force behind his party in Turkey. It’s just one more example of how domestic politics intrude on NATO. I’m disappointed that it’s come to that, but I don’t think it’s fatal for NATO. It just proves we need to be working more diligently to bring Turkey closer to the allies.

The Cipher Brief:  As you mentioned, NATO was created in order to counter Russian aggressiveness in Europe. How do you frame up the threat today from Russia, both to Europe and beyond?

Clark:  When NATO was created in 1949, it was a political alliance and it was designed to show Soviet Premiere Joseph Stalin that the countries of Western Europe were not going to put up with the kinds of Soviet tricks that had overthrown the governments in Eastern Europe at the end of the Second World War. So, it was a stabilizing force, and it was political more than it was military. That’s the important thing to remember when you compare it with where we are today. There was always the looming presence of the Soviet ‘Red’ Army. And the United States activated a military headquarters and put President Dwight D. Eisenhower in charge after the Korean war started and required its allies to cough up some divisions to put under NATO and to be ready to support NATO. And the United States had some occupation troops remaining in Germany, but the Soviet outreach was through political means.

Today, there are two additional vectors of threat. One threat from the Russians is the threat of corruption. Russia has oil money at its disposal. Profits should be used to promote the welfare of the Russian people, but they aren’t used for that. As one man explained to me, he said, “Everywhere Gazprom is in Europe, every pumping station for Gazprom, there’s a web of corrupt Russian money around it.” And this is not just limited to Gazprom, it’s the way the Russians work all through Eastern Europe.

For example, former German chancellor, Gerhard Schroder has been the leader of Nord Stream AG, which is aimed at making Germany more dependent on Russian energy supplies. And of course, he’s made a handsome personal profit out of it. These connections with Russian money are new. They weren’t present during the Cold War because Russia didn’t have money and so it couldn’t buy its way in. Now they can spend money, and they do to corrupt politicians. They can send their oligarchs to invest. So when a company like Rusal invests in Kentucky, then money is given to the local politicians. And that money’s origin is actually from a Russian business.

So, you have the financial influence, and then you also have the social media and cyber dimensions. We saw through the Mueller Report how this was all done in the 2016 election. So, Russia now has these two new attack vectors. NATO has to be able to deal with these. It has to be the political clearing house in which nations can collaborate and talk in a multilateral forum, not just bilaterally. The strength of NATO is it’s multilateral. When I was leading the Kosovo campaign and the Greek ambassador said to me, “General, you know these factories you’re bombing, and truck factories in Yugoslavia, they’re owned by Greeks.” I said, “I’m sorry, they’re producing trucks for Serbs.” And he said, “Yes, yes. I understand.” And that was the end of it. You see, Greece knew that it couldn’t raise the objection through the alliance. Then he could go back to Athens and say, “I raised this issue, but NATO forced me to go along. I’m so sorry your factories are gone.”

It’s an excuse, but it’s the way nations work together. They go back home, and say, “We didn’t want to do this, but you have to understand, NATO wants us to do this.” That’s the leverage of the alliance structure. You can’t get that leverage bilaterally. So, that alliance framework is very important in dealing with the current threats of finance and cyber and social media influence. It hasn’t been harnessed effectively to deal with these threats. And so that’s a major area that needs attention.

And then there’s the issue of China and technology, and technology theft. And partly that comes through cyber, partly through espionage, partly through unfair rules in China that suck technology out of Western countries without them being aware of what they’re giving up. And just as during the cold war we had a collaborative mechanism in NATO that restricted certain high technology items, like computers, from being passed to Iron Curtain countries. We collaborated through NATO on that. We could do the same thing with China. Why don’t we? It’s about U.S. leadership.

Every generation of leaders has to relearn NATO lessons and relearn how to use this mechanism of the alliance. In the 1990s when Yugoslavia came apart, the Bush Administration couldn’t see any relevance for NATO. For them, they only understood NATO as anti-Soviet Union.  Then Secretary of State James Baker said, “We don’t have a dog in that fight,” about Yugoslavia. But actually, we did. And it was that the impact of Yugoslav refugees and the instability in Southeast Europe was significant on NATO members. The Germans, by 1994 were spending 20 billion marks a year dealing with the refugee crisis from Yugoslavia. So, they asked us to do something, and NATO took action. In the first decade and a half of the 2000’s NATO had the same exact challenge facing it in the Middle East with Syrian refugees, but NATO did not take action. And the consequence of that has meant enormous problems for Europe.

Wesley K. Clark is a businessman, educator, writer and commentator who serves as Chairman and CEO of Wesley K. Clark & Associates, a strategic consulting firm. Clark retired as a four star general after 38 years in the United States Army, having served in his last assignments as Commander of US Southern Command and then as Commander of US European Command/ Supreme Allied Commander, Europe. He graduated first in his class at West Point and completed degrees in Philosophy, Politics and... Read More

Nick Fishwick CMG retired in 2012 after nearly thirty years in the British Foreign Service. He did postings in Lagos, Istanbul and Kabul. His responsibilities in London included director of security and, after returning from Afghanistan in 2007, director for counter-terrorism. His final role was as director general for international operations. Nick Fishwick also spent three years on a secondment ...