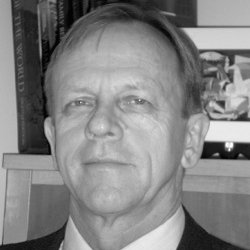 What most distinguishes human civilization in the 21st Century and during the emerging era of globalization is its ever intensifying complexity. Gone are the terrestrial frontiers and the disconnected solitude that comes with exploration of remote spaces; gone are the dumping grounds for our indiscretions. Everyone is connected and the knowledge of or the desire for anything quickly disperses across increasingly dense networks of lightning-quick connections.

Time-tested strategies for social control are losing their effectiveness; new strategies require accountability before security. Fortresses are no longer sufficient for ensuring the security of affluent societies, and ignorance no longer restrains the aspirations of subordinate populations. Societal complexity is highly technical and dynamic and, so, vulnerable to even the slightest disruption. Every instrument we create is a “double-edged sword,” especially the human empowerment that is the most precious reward of human progress. Every individual matters. Complexity cannot be conquered by force; we all share a biosphere that has to be understood so it can be properly managed and maintained for future generations.

In order to be managed, complex, societal-systems rely on reasonably integrated administration and coordination among units at multiple levels in the interests of the public good. Knowledge and capability make systems work by building on experience and lessons learned. Democratization, then, can be viewed as the process of learning how to work in concert to manage complex systems through cooperation and compliance, lessening reliance on the degree of enforcement needed to maintain a basic social order.

Systematic study of long-term trends in governance document a nearly constant global increase in democratic authority since its initial adoption by a modern nation-state over 200 years ago. The only aberration in this trend appears just after the Great Depression and just prior to the onset of the world’s most devastating war; we cannot afford another one. Recovery from that global disaster was long and arduous but has taken off with the end of the Cold War. Democracy has grown preeminent across the world as autocracies have faltered and grown obsolete. The transformation of the colonial system from the late 1950s created new states prone to autocratic rule, violence, and poverty and these were often fueled by the Cold War rivalry.

Since 1992, global trends show that political violence has diminished dramatically and the benefits of societal development have reached the world’s most remote corners. With a single caveat: in the 2000s, negative trends in autocracy, violence, and “undevelopment” have become concentrated in a Middle East and North Africa “conflict storm” of escalating scope, spreading to affect the broader global system.

We are now about 50 years into the scientific, or behavioral, revolution in political science. Computers have enabled extensive testing of relationships among political attributes, but the result has been to simply document the world’s increasing complexity. Findings have often been weak, unclear, or contradictory, adding to a broad, general confusion and uncertainty regarding policies moving forward.

However, a new approach to scientific understanding of complex, societal-systems emerged about 20 years ago: instability forecasting. The analytics of forecasting outcomes in behavioral processes leads analysts to focus on the determinants, or “drivers,” of problematic behaviors and situate those drivers in the context of normal system functioning. That is, the development of forecasting capabilities leads us to better understand how complex, societal-systems work, and how they can be disrupted and why they break down. This focus, in turn, has helped us to identify patterns and commonalities across societal-systems that help make political behaviors, in the collective and structured “systemic” sense, reasonably predictable and comprehensible.

Foremost among the principal drivers of political instability is poverty and weak systemic development. Poor and poorly developed societal-systems lack the means to effectively address the needs of their constituents, whereas, scarcity and ignorance favor the use of force and violence as the final arbiter of social conflicts. The worst extremism is particularly associated with populations that lack any formal education. The adverse systemic effects of instability events in lesser developed countries will generally be regionally contained. Although less prone to breakdown, instability events in middle-income countries can have global effects. Historical evidence indicates that there is a fundamental congruence within societal-systems among the three core qualities: governance, conflict, and development. The syndrome of autocratic governance, violent conflict, and poor development sets a mutually reinforcing trap for many countries that lapse into instability.

The essential quality of democratic authority is its equitable political integration and its core value of rejecting the use of force and coercion in the settlement of domestic disputes; elections are the most common method of decision-making. The most serious challenge for societal-systems at any level of development is the emergence of deep divisions regarding domestic public policy among its constituent interest groups.  When group identity differences are politicized by unequal access to the benefits generated and distributed by the societal-system, such as happens with group discrimination, then conflict ensues. When many unresolved issues accumulate, then the polarization, or factionalization, of society into status quo and anti-state groupings can escalate to political instability or even armed conflict. Foreign interference or spillover from neighboring conflicts can also stimulate destabilizing dynamics.

The inability or unwillingness of state authorities to negotiate fair solutions to important issues of contention is a principal source of both opposition and instability. Political intransigence, particularly when backed by military or militant action, can lead to the collapse of central authority or “state failure” which is often accompanied by a humanitarian crisis as the state no longer provides basic services. Failed states do not disappear but do become dysfunctional and require major external assistance of long duration in order to regain administrative function, rebuild damaged infrastructure, and repair the public trust.

While the extensive scientific study supporting political instability forecasting efforts has greatly informed our understanding of how complex societal-systems work, and how they fail, our understanding of how to remedy and repair failed states remains quite limited; it’s best to avoid creating such systemic scars through prevention efforts. Rarely has a foreign caretaker shown the stamina to truly “fix” a failed state; inevitably, conflict-affected countries have to heal themselves and this may take generations. Accountability interventions in states with a forecasted “high risk” of instability is key to prevention.

Even with forewarning, societal-systems continue to fail, some due to commission and some from omission. We need to do all we can to minimize failure in the global system. The logic of the global forecasting findings is that forceful “solutions” to political disputes and instability, even though they may be satisfying at some level, seriously undermine the developmental conditions needed to sustain the favored outcomes: peace, democracy, and affluence. In the Age of Complexity, instability and war are of paramount concern.

The Author is Monty G. Marshall

Dr. Monty G. Marshall directs the Center for Systemic Peace and Societal-Systems Research which produce data informatics on conflict, governance, and development for 168 countries in the world; including the Polity, Minorities at Risk, Major Episodes of Political Violence, State Fragility, Coups, Electoral Boycotts, and Executive and Party Structures public datasets. He has worked with the U.S. Government's Political Instability Task Force since 1998. Publications include Third World... Read More