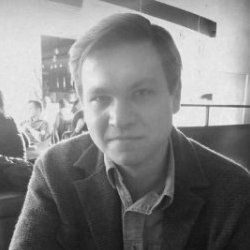 On September 24, Abu Khalid al-Sana’ani, a mid-level al-Qaeda in the Arabian Peninsula (AQAP) commander, was killed by a U.S. airstrike as he and three other militants traveled through the oil-rich Yemeni governorate of Ma’rib, an active battleground in Yemen’s civil war. Sana’ani’s death marks 2016 as the deadliest year in recent history for AQAP leaders, as a record-high total of 45 AQAP mid-level commanders were purged from the battlefield.

Noteworthy in this AQAP leadership decapitation is the relative unhindered freedom of movement the Yemeni government and Saudi coalition forces have allowed operational AQAP cells in Yemen. Yemen’s civil war has spawned a de facto, unspoken alliance of convenience between AQAP and the Yemeni and Saudi governments, two of the group’s long-time opponents. This symbiotic collaboration underscores a harsh reality: AQAP has become an indispensable ally in mobilizing anti-Houthi forces to defeat the Houthis.

AQAP had become a critical component in the mechanics of effectively rallying Sunni tribal militias against the Houthis. The group became firmly embedded with Sunni tribal militias through political and military alliances formed in the eight-month interregnum, which began with the fall of President Abdu Rabbu Mansour Hadi’s government in Sana’a and ended with the securing of its provisional capital of Aden in July 2015.

During this vacuum of government security and services, AQAP established a crucial, albeit paradoxical, role in restoring Hadi’s government. Despite fighting the Yemeni government for two decades, AQAP recruited, trained, and mobilized a volunteer anti-Houthi force to supplant the defunct Yemeni military and defend Hadi’s territories. The militant group provided dawa’a (social services), trained local militias, and spearheaded joint attacks against the Houthis in northern, central, and eastern governorates. AQAP essentially became a key force multiplier for anti-Houthi forces in these governorates.

Furthermore, throughout the Yemeni civil war, AQAP’s de facto truce with Yemeni and Saudi forces offered the militant group a respite, thereby enabling them to establish wilayat (provinces) in Hadramawt, Abyan, Shabwah, and Lahij governorates. AQAP captured well over a dozen towns, placed its black flags atop former government buildings, assumed local governance, and provided dawa’a to local populations. In January 2016, AQAP launched the al-Atheer media agency and its weekly newspaper, al-Masra, to push its new dawa’a and governance programs through weekly videos, articles, and photosets. AQAP had created an Islamic Emirate along the main coastal road between Aden and Hadramawt with Mukalla as its capital.

However, this “alliance of convenience” shattered soon thereafter, as the extension of their wilayat to the edge of Aden was a bridge too far for AQAP. The group’s annexation of the eastern boundary of Aden paved the way for AQAP’s control of the territories, ports, and oil and natural gas terminals along the main coastal road between Aden and Hadramawt. The militants’ move threatened the Hadi government’s economic lifeline and enabled AQAP to co-opt more than 80 percent of Yemen’s oil reserves, thereby increasing the jihadists’ stake in Yemen’s future political order.

Sunni tribes and SM militias were unnerved by AQAP’s rapid annexation of territory and unsolicited governance. Local militia and tribal leaders panicked as their cities became “ghost towns” and targets for U.S. airstrikes under AQAP’s rule. Saudi coalition forces exploited these apprehensions and supplanted AQAP’s support base with their own social services programs, generous cash payments, and arms deals for tribal and militia leaders.

One month later, the Saudi coalition, allied with Sunni tribes and SM militias, launched a systematic campaign to liberate AQAP’s territories in southern and eastern Yemen. Emirati officers recruited, trained, and incorporated AQAP’s former allies into the Security Belt Forces (SBF), a new parapolice force created to carry out the heavy fighting against the jihadists as well as the securing of Aden and its peripheries. Drawing on the SBF’s local knowledge, the coalition targeted and eliminated most of AQAP’s cells in Aden by the end of March.

Following the liberation of Aden, the Saudi coalition steamrolled through the remaining AQAP controlled governorates. In April, the coalition teamed up with Sunni tribesmen and SM militias to free territories in Lahij and Hadramawt from the jihadists’ control. In mid-August, Yemeni and coalition forces coordinated with the SBF to liberate AQAP’s territories in Abyan.

Whether history will judge AQAP’s political and military opportunism in Yemen’s civil war as its most damaging self-inflicted wound is unclear. What is clear is that the downside of its opportunism has far outweighed its short-term gains.

The Houthis’ likely involvement in the recent missile attacks against the U.S. Navy in the Gulf of Aden may well represent the next catalyst to this alliance. On October 12, the U.S. Navy launched its first direct action operation against the Houthis and destroyed three coastal radar stations that were linked to missile attacks along Yemen’s western coast. The prospect of U.S. forces, acting in conjunction with co-opted AQAP militants, underscores the notion that proxy wars do in fact make strange bedfellows.

The shifting alliances of convenience in Yemen’s civil war also reflect a symbiotic Yemeni tribal tenet: provide protection and support to an outsider, especially if it aids in your conflict with a competitor.

The Author is Joshua Koontz

Joshua Koontz is a Yemen analyst. He published an analysis of AQAP's command structure with the American Enterprise Institute's Critical Threats Project, "Al Qaeda in the Arabian Peninsula Mid-Level Leadership." He tracks AQAP and ISIS on conventional and unconventional social media outlets.