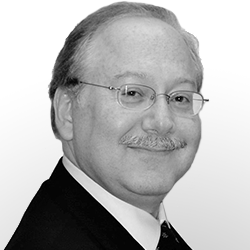 Chinese rivalry with the U.S. for regional dominance will be central to U.S. East Asia policy for the incoming administration.  China’s aggressive use of economic leverage, its mercantilism and revanchism will continue to complicate U.S. relations with its main rival – and potential partner – in East Asia.  This is the prism through which all other aspects of U.S. interests in East Asia, and policies concerning the region, must be viewed throughout the 2017-2021 term and beyond.

The Chinese will likely test U.S. resolve early in the new administration, probably in the East China Sea.  During the transition, the incoming team should familiarize itself with contingency plans and publically signal readiness to contend with China if pressed.  During the new Administration, the U.S. should double down on the pivot to Asia by strengthening strategic relations with its regional allies and friends to balance China.  It should encourage ASEAN countries to work in concert vis-à-vis China, rather than being overwhelmed by the Middle Kingdom in bilateral negotiations.

A Chinese economic crash during the 2017-2021 term is unlikely but possible.  In the longer term, the key to China’s economic future is meaningful reform of its State Owned Enterprises (SOEs) to make them more competitive.  This is difficult given that the political elite has vested interests in SOEs that it does not want to subject to risk.  Without reform, the Chinese Government will need to continue papering things over by subsidizing SOEs.  This will have an impact on China’s growth rate, eventually reducing it to around 3% by some estimates, and China will end up importing more.  In the longer term (circa 2025 timeframe), China’s economic situation could have a negative impact on its political stability.

Another salient factor is China’s cyber threat.  Limited progress has been made in convincing China to adhere to a code of conduct, but Chinese “privateers” – including freelancing Chinese government employees — continue theft of US intellectual property.  This is an asymmetric situation.  Further development of capabilities to “hack back” should be pursued, albeit complicated by attribution problems.  Imitating China by swiping Chinese IP to benefit US companies would be highly problematic and unlikely to prove worthwhile.  The new Administration should instead consider responding to China’s cyber mega-theft by punching holes in the “Great Fire Wall of China,” the main instrument of China’s internet censorship.

The strategic situation concerning North Korea is increasingly dire.  The Obama Administration’s policy of “strategic patience” has been an abject failure, and better described as strategic neglect.  Through it, U.S. national security has been increasingly threatened as North Korea has moved incrementally and inexorably toward nuclear and ICBM capabilities that will eventually enable it to strike the U.S. homeland.

The road to Pyongyang lies through Beijing.  China has the capability to turn the screws on North Korea but has resisted doing so.  The Chinese like having an ally, even an unreliable one; prefer a divided Korean peninsula; don’t want a unified, revanchist Korea eyeing millions of ethnic Koreans across the border in China; and loathe the idea of U.S. troops (or even ROK troops) on their border.  Given differing national interests, the U.S. cannot persuade China to take a harder stance on North Korea through light and reason.  Rather, the new Administration must consider whether a grand bargain would be possible in the context of the larger bilateral U.S.-China relationship.

Pursuing Terminal High Altitude Area Defense (THAAD) deployment in South Korea is a good first step, aimed not only at protecting the ROK but at making Beijing recognize it will pay a price for shielding the North.  The next step should be considering multilateral and multilayered missile defense in the region, including U.S.-ROK-Japan cooperation.  Talking about including Taiwan in such discussions would be provocative, but could be kept in reserve as a means of grabbing Beijing’s attention.

Unfortunately, while bilateral discussions with North Korea could serve as a confidence-building measure, in a vacuum they are unlikely to result in anything better than a faulty Iran-type deal.  Restarting from where U.S. negotiators thought they were in 2000 seems unrealistic, given North Korea’s progress to date, and its recognition of what happened to Libya and Ukraine when they tossed away their nuclear bargaining chips.

The Japanese have surely been frustrated dealing with the Obama Administration.  After literally decades of U.S. pressure for greater “burden sharing,” the Japanese under Abe have undertaken long-overdue reforms to strengthen reciprocal obligations under the U.S.-Japan security treaty, only to be met by skepticism and suspicion from the Obama Administration.  An undercurrent of reforms at working level – including on defense trade – have been helpful, even as senior Obama Administration officials seem to imply that they regard Abe as right wing and nationalistic.  In contrast to the channel of communication through the U.S. Embassy in Tokyo, the Washington DC channel seems robust, but marked by a relative paucity of Japan hands at senior levels in the Administration.  Appointing a strong Ambassador to Japan should be an early priority for the Administration.

The Japanese should be reassured of the value the U.S. places on the alliance through means such as early convening of the 2+2 (foreign and defense ministers) in Tokyo.  The Japanese should be encouraged to continue reasonable and reasoned progress in pursuing greater reciprocity under the U.S.-Japan security treaty.  The U.S. should also continue to pursue trilateral cooperation with Korea, and offer to serve as a convener.  Basing issues will continue to be problematic, but a proactive approach in Okinawa may generate some good will.

The new Administration should make clear up front U.S. support Japan’s position vis-à-vis China on the contested Senkaku Islands.  The Obama Administration eventually got there, but its foot-dragging and sense of moral equivalence between a treaty ally and a strategic rival left the Japanese uneasy.  Japanese doubt should be dispelled as to U.S. reliability.  On a similar note, given that discussion during the U.S. Presidential election seemed to cast doubt on the reliability of the U.S. nuclear umbrella, Japan should promptly be reassured on this score to help head off debate within Japan about “going nuclear,” as Defense Minister Inada discussed before taking office.

Meanwhile, Abe seems poised to pursue a possible deal with Russia over the disputed Northern Territories, and finally sign a World War II peace treaty between Japan and Russia.  The U.S. should stick close to the Japanese on this to ensure against any peripheral concessions – e.g., on sanctions against Russia – that could complicate the U.S.-Japan relationship.

On the public diplomacy front, the new Administration should explore prospects for a reciprocal visit to the Arizona Memorial by the Japanese Prime Minister, assuming he has not done so for the 75th anniversary of the Pearl Harbor attack this December.

The overarching U.S. strategic objective in Southeast Asia and the surrounding maritime environment should be to strengthen the U.S. strategic position vis-à-vis China.  Unfortunately, the U.S. alliance structure in the region is increasingly rickety.  Relations with treaty ally Thailand have been strained as the U.S. continues to react disapprovingly to military intervention in the Thai domestic political process.

Even more disconcertingly, President Duterte of the Philippines is strongly playing the populist card, bashing his country’s security relationship with the U.S. and going so far as to insult President Obama by name.  In marked contrast to his immediate predecessor, Duterte, supported by his Mindanao cohort, is meanwhile taking a markedly conciliatory approach to Beijing.  He apparently intends to play down the territorial dispute with China, effectively shelving the international tribunal’s decision in Manila’s favor; halt joint exercises with the U.S. toward which Beijing might object; and even pursue military sales from China (as well as Russia).

The U.S. needs to continue to act with restraint, and to work around and under Duterte, maintaining the many strong channels of communication and cooperation that knit together the U.S.-Philippines alliance.  The new Administration should look forward, and not back at Duterte’s transgressions, in an effort to turn the page in the relationship.  That said, U.S. expectations have to be modulated, and the risk avoided that Duterte would embarrass an over-eager U.S.

Chinese aggression against the Philippines would trigger U.S. alliance obligations.  While the United States has made this clear in the case of Japan and the Senkaku Islands, the U.S. has not yet done so for the Philippines’ Scarborough Shoal in the South China Sea.  Unfortunately, plunging ahead and pledging such support would be highly problematic without Manila’s explicit concurrence in advance – which is unlikely to be forthcoming at this juncture.

However, as experts have noted, the U.S. needs to counter any perception that China controls access to the Scarborough Shoal.  Ideally, the U.S. should conduct military exercises in waters near the Scarborough Shoal, plan and indicate its willingness to support the Philippines in contingency responses, and conduct joint exercises to reinforce those plans and indicate resolve.  While the U.S. should keep these ideas on the table, it must be recognized that the timing and pace of this approach will be largely be determined by Duterte – who may oppose it completely.

Tokyo’s announcement that Japan will provide the Philippines with two patrol boats, and will lend up to five used surveillance aircraft, suggests one possible way forward:  working with Japan as a buffer in dealing with Duterte.  The new Administration should discuss with Japan prospects for such an approach at an early opportunity.

The complexity of East Asia may prove daunting to the new Administration, which will face numerous challenges elsewhere that will compel its attention.  However, nature abhors a vacuum, and all of East Asia will be watching the US intently to divine the intent and resolve of the new Administration.  It is essential that the incoming Secretary of State move aggressively in the early weeks of the Administration to make clear to all regional actors, whether they wish us well or ill, that the US fully recognizes its vital interests in East Asia and intends to pursue them vigorously.

The Author is Thomas Cynkin

Dr. Thomas Cynkin is Vice President at the Daniel Morgan Graduate School, and Adjunct Professor of Economics at the Elliott School of International Affairs at George Washington University.  Cynkin previously headed the Washington Office of Fujitsu Ltd. as Vice President and General Manager.  A former Foreign Service Officer, he served seven years as a Japanese-speaking diplomat in Japan, and was the Asian affairs advisor to two Deputy Secretaries of State and two US Ambassadors to the UN.