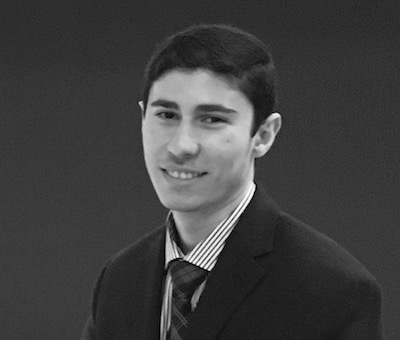 The Cipher Brief’s Academic Incubator program partners with colleges and Universities across the country on highlighting the next generation of national security leaders.  If your program is interested in joining the Academic Incubator, which provides free Cipher Brief memberships for enrolled students and faculty, send an email to [email protected]

Youssef Elshamy is a Master’s student in the International Security program at George Mason University. His research focuses on Middle Eastern security issues that are related to terrorist organizations, terrorist tactics, and methods of radicalization. He is also an intern at the Counter Terrorism Group (CTG).

Turkish president Recep Tayyip Erdogan has repeatedly expressed a grand vision of restoring his country’s power and influence to that of the Ottoman Empire era. In practical terms, this would require Turkey to become a moderating influence in Middle Eastern politics—especially when it comes to political Islam perpetuated by dominant groups such as the Muslim Brotherhood. Moreover, it would need to be capable of reconciling the Muslim world and Europe. However, this vision is failing and will continue to fail. This failure is due to Erdogan’s suppression of democratic reforms, support for radical Islamism, and an aggressive foreign policy that harms the Turkish population.

Erdogan’s vision stems from an idealistic outlook on the grandeur of the Ottoman Empire and the extensive capacity for political engagement that it wielded. Therefore, he wants to restore the former Ottoman Empire’s glory, in order to achieve greater political control not just in Turkey, but also in the Middle East and Europe. Doing so would shape Turkey’s relationships with the rest of the world and bolster its influence on social, political, and economic matters.

Erdogan took a number of steps to pursue his vision following his rise to power, including overseeing significant economic and religious transformations of Turkish society. From an economic perspective, Erdogan made an effort to elevate Turkey’s economy through localized production, as well as improved energy, transport, and trade capacity. Regarding religion, he has extended Islamic influence by encouraging construction of multiple mosques and leaning more towards Islamism.

When Erdogan took power in 2003, Turkey was largely a secular country, but that is no longer the case seventeen years into his rule. The president and his supporters portray him as the model leader of all Muslims, escalating to the point where Erdogan now supports Islamists—

particularly the Muslim Brotherhood—in countries such as Syria, Egypt, Libya, and Tunisia. He uses his influence with the Muslim Brotherhood to generate soft power, a decision that has progressively developed into a propaganda tool. For example, because of the aforementioned connections, Turkey uses Sunni religious arenas, provides scholarships to Turkish universities, and pays for heritage trips to Turkey in order to establish its influence throughout the Muslim world. These actions specifically target the Middle Eastern youth to manipulate them to serve Erdogan’s long-term Islamic agenda.

In addition to supporting Islamist groups abroad, under Erdogan, Turkey has become considerably more assertive in the Middle East and parts of North Africa both economically and militarily. For example, in Cyprus, Erdogan has been reluctant to decrease his control of oil and natural gas exploration.  He has also placed Turkish troops in Iraq, despite the Iraqi government’s objections, in a bid to uphold his brutal war against Kurds.

At the height of Syrian conflict, Erdogan allowed foreign fighters to venture across the Turkish border to support the fight against embattled Syrian President Bashas al-Assad. Erdogan’s adoption of hard power tactics is also evident from Turkey’s establishment of military bases in Qatar and Somalia. Turkey and Qatar are unified in their support for the Muslim Brotherhood, which poses a threat to Saudi Arabia and other Persian Gulf monarchies. In Somalia, Turkey has established its military foothold under the guise of training Somali soldiers.

When the Arab Spring began, the Middle East was a horse race: states started competing with each other to exert their influence in an effort to fill the power vacuum. Erdogan placed his bet on the Muslim Brotherhood as his vehicle for hegemony in the Middle East.  By supporting these Islamists, Erdogan believed that he would increase Turkey’s influence in Egypt, Syria and Tunisia.  The gambit has failed though, eventually limiting his influence in the Middle East and amongst secular individuals in Turkey.

Overall, Erdogan’s vision is failing because the combination of support for Islamist groups and Erdogan’s forceful foreign policy approach have created problems for Turkey with virtually all of its neighbors. The Muslim Brotherhood’s unpopularity, both in the Middle East and around the globe, has hampered Turkey’s influence.

As a result, Erdogan’s vision, while seemingly noble, is virtually unachievable. He has abandoned most democratic reforms for which he advocated when rising to the apex of Turkey’s leadership. Rather, he has turned towards methodical Islamization of Turkey, destroying democratic pillars and secular values that have previously worked to the country’s advancement. Association with Islamist groups and the militarization of Turkey’s foreign policy have not helped Erdogan’s cause either.

Erdogan is likely to continue failing as his popularity wanes both nationally and internationally. Turkey’s slide into authoritarianism will set the country back in terms of democracy, civil rights and economic development. In the Middle East, Erdogan will alienate other Middle Eastern countries such as Saudi Arabia and the United Arab Emirates, thus creating more turmoil instead of unity. Islamization of Turkey is likely to drive the rest of Europe further away, eliminating chances of collaboration with the West.

As a result of Erdogan’s failure, Turkey’s relations with America are likely to remain strained for the foreseeable future. In spite of these challenges, American policymakers should strive to prioritize the long-term potential of America-Turkey bilateral relations. Turkey remains a NATO member, its geographic location provides strategic importance, and its centrality to U.S. objectives in the Middle East warrant continued association. U.S. policy analysts and makers should use this sustained engagement to expand civil ties, support Turkish civil society, and use prospects of economic relations to advocate for better governance.

Erdogan desire to revive the Ottoman Empire is bound to dramatically fail. Erdogan is forcefully imposing his will on the population by subduing democratic reforms, associating with extreme Islamists, avoiding economic development, and inciting war against organizations that do not threaten the Turkish state. These actions will ultimately fail while costing Turkey an opportunity to become a world power.  Although this failure might dissuade various countries from pursuing relations with Turkey, the United States should invest in continued engagement, to avail Turkish civil society of much needed guidance on democratic governance and protection of civil rights.

The Author is Youssef Elshamy

Youssef Elshamy is a Master's student in the International Security program at George Mason University. His research focuses on Middle Eastern security issues that are related to terrorist organizations, terrorist tactics, and methods of radicalization. He is also an intern at the Counter Terrorism Group (CTG). Youssef also holds a BA in Government and International politics from George Mason University and several certificates from the U.S. Department of Homeland Security.