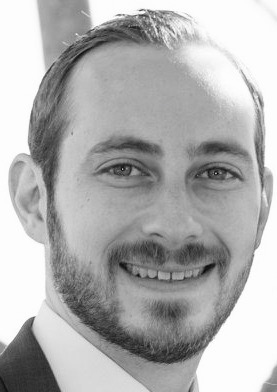 Alan Maubouche is in his last semester in the International Security (I-SEC) program at George Mason University’s Schar School of Policy and Government with a concentration in intelligence.

ACADEMIC INCUBATOR — The world is at the beginning of a monumental shift in global power. A pandemic, trade wars, and growing nationalism would traditionally portend a world of more isolated, less interdependent, and more polarized states. However, the opposite is likely to prove true in the long run. Instead, the liberal international order that has prevailed since the end of the Second World War will transition into a “gray world order.”

This new world order will be characterized by increasing economic and technological interdependence, diminishing importance of hard power, greater multipolarity, and a less tangible focus on human rights. Domestic illiberalism will no longer be the defining divide between authoritarian and democratic governments around the globe. This gray world order is unavoidable, but it is not the inevitable outcome of a rising China surpassing the United States as the international system’s leading power. The emerging order is rather a blurring of liberal and illiberal paradigms. With some foresight though, the United States can retain its place as the global leader in this new world.

The United States is currently focused on great power competition with China, but over time, increased cooperation between Washington and Beijing is more likely. This cooperation will be the product of several preexisting trends. The increasing strength of multinational corporations will promote further globalization, existential threats such as climate change will make global economic sharing more vital, resource allocations such as rare earth metals in China will make global trade a necessity, and technological advancements such as artificial intelligence will connect the world further, much as the internet has done.

First, as the international economic system matures, so will the strength of multinational corporations (MNCs). These companies hold significant political sway, often to the displeasure of the countries where they are located. Liberal and illiberal states alike try to regulate MNCs as demonstrated in antitrust suits against Google in the United States and censorship in China.

MNCs also share resources between countries and foster economic interdependence. For example, rare earth metals in China, semiconductor production in Taiwan, and manufacturing demand in the West create a world order focused on economic self-interest over human rights; the subordination of which was evident in Apple’s lobbying against a bill that aims to stop U.S. companies from using forced labor in China.

Second, with technology as a major driving force, the distinctions between liberal and illiberal states are fading away. Facebook, for example, espouses liberal ideals of freedom of speech, but in reality, provides an illiberal and unregulated surveillance database to manipulate its users for advertising revenue. This manipulation has created echo chambers in which illiberal ideas flourish. Meanwhile, China doesn’t just blindly suppress its whole population because the internet is available for citizens to organize as opposed to conducting targeted suppression. Instead, a global worldview is a key aspect of Xi Jingping’s international strategy. In addition, technology such as AI-facial recognition and social credit scores allow authoritarian regimes to make surveillance and citizen compliance more seamless with society.

Third, traditional great power warfare is unlikely in this emerging order because the economic disruption of conflict would outweigh the benefits of military coercion. Neoliberal theory already emphasizes the importance of soft power, but it will be more significant in the gray order. Hard power and expensive assets such as the F-35 will have a considerably lower price-performance ratio than offensive cyber tools or AI military applications. Therefore, in the gray order, competition and conflict will transition toward softer actions that come with more deniability. This means that cyberattacks and covert actions will be the methods of choice. We are already seeing an increase in the severity of cyberattacks with the recent Russian SolarWinds breach.

Fourth, in this gray order, countries will be less focused on other states’ domestic human rights issues in part due to economic interdependence, but also as a result of domestic exhaustion and war in the United States. The Biden administration is reasserting the importance of human rights rhetorically, but as illiberal governments gain more international clout and influence, their push for the primacy of state sovereignty over international human rights may triumph. Improved material conditions such as literacy, poverty, and life expectancy have made citizens around the globe less interested in abstract notions of human rights. Furthermore, U.S. attempts to overthrow illiberal governments have often proved futile.

American national security leaders need to prepare for this emerging order in a number of ways. First, as analytical processing speeds increase through quantum computing, data will only become more valuable over time. Intelligence agencies must play a significant role in the gray world order by not only safeguarding U.S. data through counterintelligence, but also providing, through U.S. leadership, covert options that won’t undermine economic and technological interdependence with gray order adversaries.

Second, open-source intelligence will also play an outsized role in the gray world order. The “zero-day” nature of technology means that defensive measures of hiding sources and methods will always play catch-up with the offensive ones. More data will be publicly available, to the point where some current collection systems will be obsolete. Furthermore, in the gray world order open-source analysis will provide new ground for states to communicate with each other without giving up sources and methods. For example, open-source investigator Bellingcat’s exposure of Russia’s involvement in the Navalny poisoning allows states to openly discuss the incident without risking exposure of classified material. Intelligence agencies must provide open-source investigations, without parallel construction, to ease communication and diplomacy between states.

Third, a powerful or strong AI has the potential to be the great leveler of the international playing field. Smaller countries, with strong AI could wield considerable power that would upend a bipolar U.S./China order. The Pentagon needs to continue their work with the Joint Artificial Intelligence Center to maintain standards with strong AI that can be adopted by all countries. These standards would force countries to cooperate whether they are liberal or illiberal.

We have only begun to see the power of state-sponsored disinformation campaigns. With deep fake videos, troll farms, and AI-created news stories as recent examples, intelligence agencies will have an uphill battle against the flood of foreign interference in U.S. new media. Agencies will have to allocate significant resources to departments dedicated to identifying foreign disinformation campaigns. Domestically, U.S. policymakers may have to implement disinformation laws that go against liberal ideals of freedom of expression. For example, knowingly undermining the election process through spreading disproven theories could be outlawed as a form of democratic libel. If the new media landscape becomes so blurred through disinformation, such gray order actions may be necessary to preserve liberal democracy.

NATO, the security alliance most representative of the liberal world order is already showing signs of transitioning into this gray order. The concept of a hybrid-regime is not new, but NATO ally Turkey, a country that was once seen as a beacon of democracy in the Muslim world, and home to the 16th most internet users in the world, now operates in this gray zone. According to Freedom House, Turkey is now considered a “not free” illiberal government. Moreover, it is drifting toward a foreign policy that recognizes emerging multipolarity, having purchased the S-400 Russian missile defense system and deciding to go with the Chinese COVID-19 vaccine over those produced in the West.

Budgets need to be realigned toward this new reality. Expensive military assets will not be as valuable as covert technology and an expansive cyber toolkit. NATO allies need to be revisited as Turkey’s S-400 purchase compromises the F-35. On the surface, this gray world order would be less beneficial to American national interests. Washington will no longer have the capacity to act as unilaterally as it once did. Illiberal governments could take advantage of a waning international liberal order to impose their own agenda. The United States must tread carefully as the liberal international order inevitably transitions into the gray order.

The Author is Alan Maubouche

Alan Maubouche is in his last semester in the International Security (I-SEC) program at George Mason University’s Schar School of Policy and Government with a concentration in intelligence. He is currently an English Language Learner (ELL) teacher in DC public schools and plans to pursue a career as an intelligence analyst. 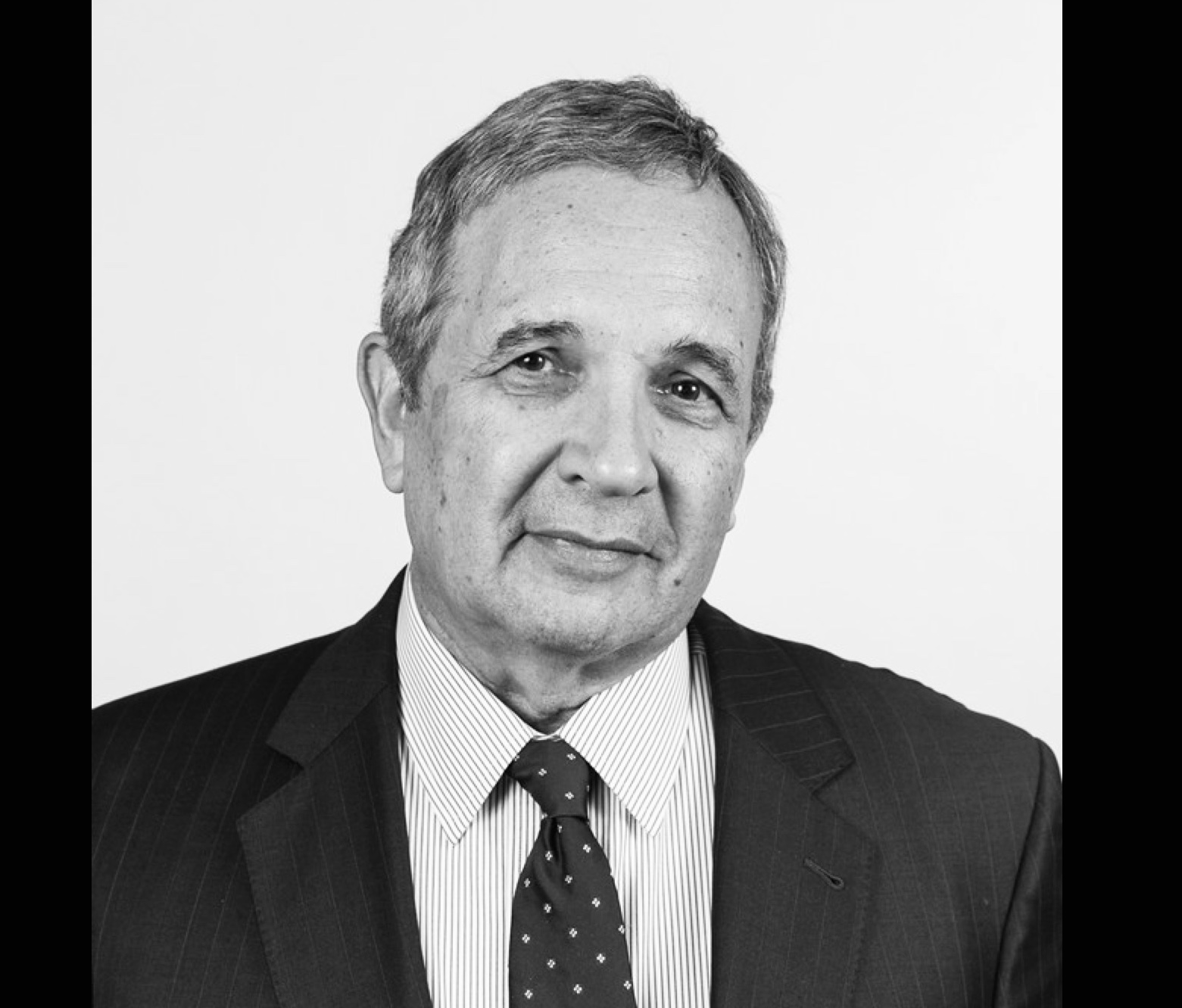