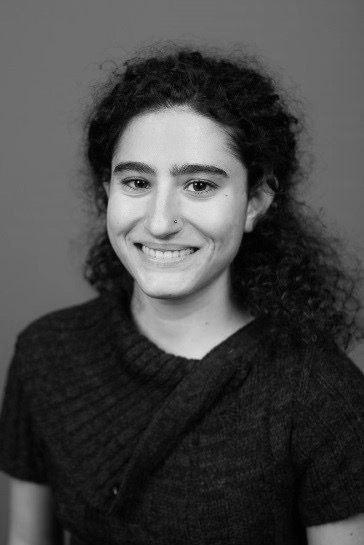 Rebecca Glaser is a doctoral student in the School of Materials Science and Engineering at Georgia Tech. During the 2019-2020 academic year, she was a Sam Nunn Security Program Fellow.

ACADEMIC INCUBATOR — Our current means of producing energy for electricity and fuel is a precarious balance of economics and geopolitics, upon which climate change is an increasingly destabilizing force. As the transition away from fossil fuels toward clean energy (wind, solar, nuclear, hydro, etc.) realigns global power dynamics, the meaning of energy security is also changing. Energy security has come to encompass maintaining the economy, trade relationships, quality of life, and global status that the fossil fuel-based energy system has afforded the United States.

Electricity today is primarily derived from coal and natural gas, with oil products being practically the only fuel for transportation. The US military protects oil trade routes, maintains a national strategic reserve, and protects alliances and relationships to continue the flow of oil. The rise of the liquid natural gas (LNG) trade could create analogous relationships and interdependencies. From a geopolitical perspective, fossil fuels define many states’ economies and trade relationships. These interdependencies were built over decades of infrastructure investments, diplomatic efforts, and oil conglomerate growth.

Climate change risks national security not only from the perspective of causing risks to key infrastructure, but reactions to it will also affect which natural resources are considered important, which states will be seen as leaders, and which states need to rethink their economies and geopolitical strategies. While a transition to clean energy will fundamentally shift the energy economy and energy geopolitics, the world is currently only inching towards this new future. The pace of the energy transition and what spurs it (new technology, domestic politics, etc.) affect a state’s abilities to set a course for the future. The US needs to better understand those complex, interdependent factors to determine its own potential responses and security strategies.

High-level trajectories for this transition have been explored previously, and the nature of the world when we are free of oil has gotten much attention. However, fossil fuels are not receding at a rapid pace, even as renewable sources grow in popularity, feasibility, and capacity. Additionally, technical, economic, and political challenges persist. The energy transition could be long and fraught, with market forces, governments, industry, and social movements influencing how long fossil fuels and clean sources coexist, if there is ever full replacement of fossil fuels.

It is useful to map out established transition trajectories in the short term in specific geographic locations. This approach highlights specific threats for the US security apparatus to plan around while providing strategies to counter them. In the multidisciplinary field of energy, the nuances of the transition are useful. Climate models consider the next 10 to 25 years as pivotal for transforming our energy consumption, so this is the time frame that could also be transformative for geopolitics. Ultimately, the restructuring of power dynamics and international political realignments that the clean energy transition may trigger will have significant downstream security ramifications for the US.

We can explore the implications for US security using three potential paths for an energy transition:  business-as-usual, technological innovation, and an intergovernmental agreement. In the short term, states would benefit depending on their level of preparation, their flexibility, and their degree of reliance on other states. In the case of Russia for example, years of investment in natural gas infrastructure, political and economic dependence on oil revenues, coupled with a lack of investment in renewables has left it unprepared for any transition trajectory besides business-as-usual. However, this is not the inevitable path for states that are dependent on fossil fuel sales. In Iran, an outward desire to embrace renewables is met with political inefficiency. For Iran, the speed of the transition and the level of international support for oil-dependent states to redevelop will determine the state’s and the region’s stability throughout the transition. Conversely, China has been preparing for years for all futures whether we depend on clean energy or fossil fuels and is well positioned to pivot to whatever technology or resource becomes important.

These three states represent adversaries with different strategies to confront a potential energy transition: adversarial, limited adoption with a hedge to protectionism, and playing all sides. The US has a variety of pathways with which to respond to threats that arise from states experiencing and/or driving the energy transition. The methods of scenario planning are useful to explore the range of ways a state may react, the uncertainties in their decisions, and the categories or responses they pose for the US.

The feasibility of the US eliminating fossil fuel consumption is the subject of considerable debate; however, the actions states have taken to prepare themselves, or not, leaves them on a path of leading the transition, fighting it, or being dragged down through it. This is where China and Russia, respectively, find themselves, with Iran attempting a mix of all three and still in a position to change its situation. Russia, threatened by a global decline in fossil fuel consumption, fights an internal and external transition. Iran, in an attempt to sell more oil internationally, promotes an internal transition toward renewables. These nuances leave the US vulnerable to missing opportunities to promote diplomacy and encourage carbon dioxide emission reduction. The energy transition can be an opportunity to retool foreign policy to promote national interests where climate policy is a mechanism of diplomacy. The potential scale of the transition provides an opportunity for systemic changes across the US security apparatus by opening opportunities to build relationships and leverage soft power. China understands this and uses its energy policy as a branch of its international strategy. The US may need to learn from this, albeit with an implementation that is aligned with its values.

The key to using scenarios, or case studies, to map the reactions of a nation to a stimulus is understanding the driving trends in that state. For example, China’s attempt to move toward a diverse, consumer-focused economy is met by Russia’s resistance to economic diversification and Iran’s instability is buffered by the price of oil. The need for clean water and environmental destruction plague China, and Iran is threatened by drought. Russia’s environmental challenges are different, but a reliance on extractive industries for the majority of its GDP is not sustainable in the long-term. These trends will shape political reactions to internal and external forces. Understanding historical trends also explains why the concept of a conflict-free world without oil is unrealistic, but so is the assumption that a new resource war is inevitable. As internal trends meet climate realities and international pressures, the evolution of power dynamics between states and the lack of preparedness for new alignments becomes the real threat. A state’s ability to survive and prosper early in an economic transition, in addition to existing capabilities in the manufacturing of clean energy technology, will become assets.

In the near future (5-10 years from now), clean energy sources and fossil fuels will coexist more equally, fighting each other on all scales from the local utility to international negotiations. However, if there is an additional driver of the transition (technology or international deal), the pace of the transition could differ. The oil-producing states, like Russia and Iran, will feel their budgets tighten, their means of influence diminish, and their trade relationships fade. Depending on the government’s management of the transition and the degree of international aid, these states could develop new, meaningful industries or devolve into internal volatility. In the case of the emergence of a new technology, the initial shock may be lower, but the transition may be faster. In the case of an international agreement, fossil fuel states may fight the initial decision, but compliance takes place over a longer time as multiple strategies are compiled. For states preemptively transitioning, this early preparation status will pay off, though the US will have to contend with these strengthened states.

In the medium-term (10-15 years from now), popular uprising and political destabilization are extreme outcomes for Russia and Iran. More likely is the loss of power, influence, and economic strength. Already shifting markets around LNG threaten Russia’s bet on pipeline infrastructure, while increasing electrification could displace Iranian oil revenues, causing the government to raise prices and further infuriate citizens. Conversely, China, in the long term, sees other states gravitate toward it either for technology access or a powerful ally that is counter to the US.

Assessing different trajectories of the clean energy transition reveals both common themes along these paths and actions the US could take to maintain or grow its strategic position. A clean energy transition will not only impact a state’s economy, but it will also affect how the leadership views the state’s position in the world and the alliances the state pursues. The decline (Russia, Iran) or the rise (China) of regional powers could destabilize their surrounding regions with either a lack of, or excess of leadership from these regional keystones. Political instability in these states, either from the climate crisis directly or the leadership’s reaction to it, threaten even faster destabilization.

Similarly, if the US continues to fall behind in energy innovation, other states are more likely to look to China for aid. This loss in status as a global innovator is not only a threat to US markets and future power, but also to the value placed on US leadership and influence internationally.

Driving trends and predictions do not mean inevitability. The US has many options, both within the current energy structure and in building a new one to take advantage of the energy transition to improve its position in the world. A common suggestion from experts is to expand LNG infrastructure and leadership; however, this approach only builds power in the short term and does not address the inevitability of a shift in reaction to the increasingly threatening climate crisis. More impactful in the medium term is building programs to use energy as a diplomatic tool with the capacity to pay off in improved relations with states of all sizes, the continued perception of the US as a technology and diplomatic leader, and the expansion of the influence of US values. By hosting international energy technology competitions, assisting oil-producing states in preparing for a less oil-dependent economy, and using technology transfer and training programs to build relationships with small states in key regions, long term US national interests in energy security and global stability would be served.

The Cipher Brief’s Academic Partnership Program was created to highlight the work and thought leadership of the next generation of national security leaders.  If your school or University is interested in becoming an Academic Incubator partner school, drop an email to [email protected].

The Author is Rebecca Glaser