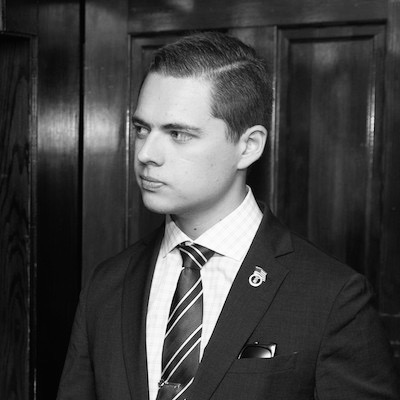 The Cipher Brief’s Academic Incubator program partners with colleges and Universities across the country to highlight the next generation of national security leaders.

Alexander Naumov is a double B.A. student at George Mason University’s Schar School of Policy and Government studying International Politics and Russian & Eurasian Studies, graduating in December 2020. He is also a fall semester intern at the Cipher Brief.

“Even as a dead man I will not give up the country,” Alexander Lukashenko, now self-declared president of Belarus, threatened a week after “winning” the country’s election with 80 percent of the vote. A month on, sustained mass protests against that fraudulent election continue. The public opposition to Lukashenko means that the United States and NATO may soon confront a crisis as the thuggish regime in Belarus, in which Russia has invested heavily, is on the brink of collapse.

A transition in Minsk presents both opportunities and dangers for American policymakers. On one hand, Belarusian civil society is poised to strike a serious blow against authoritarianism if it can sustain the resistance campaign. On the other, the strong possibility of a power vacuum between NATO’s east and Russia’s core could become a tinderbox for great power proxy conflict—which Minsk and Moscow’s myth making of an imminent NATO invasion will exacerbate. In responding to the Belarus uprising, the United States can best defend its interests by dissuading Russian military intervention and eschewing a NATO/Russia security dilemma in Belarus; further limiting diplomatic recognition of Lukashenko, and crafting sanctions that precision-strike the regime instead of carpet-bombing the economy.

Strategic cooperation between the West and Russia on a transition in Minsk—similar to their cooperation on Moldova’s democratic coalition in June 2019—is highly unlikely. Lukashenko’s resignation amid a peaceful, popular civil disobedience campaign would raise hopes for similar tactics against the Kremlin itself. Despite the 2020 U.S. election, COVID-19, and China, the Trump administration owes attention to the remarkable civil society rising against Belarusian autocracy. 2020 is a sad year for accountable democracy after China crushed Hong Kong’s independence and Russia fraudulently extended President Vladimir Putin’s rule up to 2036. A victory for democracy in Belarus would help even the score.

Before crafting a response, policymakers need to disabuse themselves of simplistic analogies between Belarus and Ukraine. Despite superficial similarities between Lukashenko and ousted pro-Russian Ukrainian President Viktor Yanukovych, Belarus is not Ukraine. Unlike Ukraine after the 2008 NATO Summit in Bucharest, Belarus is not on any path to join NATO. In fact, Minsk is one of Moscow’s closest CSTO military allies.

Despite these differences, there is also no reason to expect Moscow to take solace in this reality. The Russian government will see a post-Lukashenko government that is open to NATO as a geopolitical catastrophe eclipsing Yanukovych’s fall in 2014. Averting a ‘Euromaidan’ in Belarus, in Moscow’s eyes, can theoretically justify a wide range of covert, overt, and lethal security operations on Belarusian soil. How can the U.S. minimize the risk of this happening?

The Trump administration, or a Biden one in its early stages, could consider the following steps. First, it ought to avoid overreacting and take sensational warnings of a Crimea-style Russian military intervention with a sizeable grain of salt. While sociological estimates vary, Belarusian society still leans toward Russia, and Moscow certainly has greater stakes and options there than the West. However, using the Russian army against Belarusians that never invited them would poison Putin’s dreams of a Russia-Belarus unification. Despite popular beliefs to the contrary, many Crimeans support Russian annexation. A similar welcome is not likely in Belarus. When Minsk arrested 33 Wagner PMC mercenaries from Russia, possibly in a Lukashenko campaign stunt, Russian state media reported the situation with relatively little bias – doubtlessly instructed from above. This suggests that the Kremlin does not want to use brute force against Belarus if it can avoid it. Additionally, the Russian public will not approve committing national treasure to seize a new protectorate that has already consumed more than $100 billion in Russian subsidies over eleven years. Amid the coronavirus economic depression, Putin’s sluggish popularity, social uprisings in Khabarovsk and Bashkortostan, and fatigue with subsidizing foreign countries, today’s appetite for empire could hardly be lesser than for Crimea in 2014. An overassertive Western deployment against ‘Crimea 2.0’ would needlessly worsen Russia’s sense of insecurity, making the risk of invasion more, not less, likely.

Second, while not having an Ambassador in Minsk, the United States could take another calculated policy step: stop referring to “President” Lukashenko. If anyone still sees some semblance of legitimacy in the 26-year-long regime, the sounds of torture seeping from Minsk’s Okrestina jail holding protestors should disabuse them of that notion. The man responsible for them, who really won 20 percent of the vote according to a joint report of three monitoring NGOs, has no mandate to lead. Applying more diplomatic pressure will hasten Lukashenko’s peaceful departure: after all, he would not want to share the fate of Romanian dictator Nicolae Ceausescu, executed after being booed off a stage like Lukashenko was at the MKZT tractor factory.

However, Washington ought to look at Venezuela for caution. In January 2019, the United States responded to a constitutional crisis by recognizing the National Assembly president, Juan Guaido, as interim president. Today, the thuggish President Nicolas Maduro has only consolidated his power. Attempting the same response in Belarus—recognizing the real electoral winner, Svetlana Tikhanovskaya, as president-elect—could undermine Tikhanovskaya and her Coordination Council, currently accused of foreign subversion and treason. Instead, U.S. government agencies can take an example from Novaya Gazeta, the leading independent Russian newspaper, and address Lukashenko as the “self-proclaimed president.”

Finally, the president or president-elect should heed caution as sanctions proposals will likely make their way to the Resolute Desk. Replicating the U.S. and European Union sanctions on Russian energy and financial sectors against Belarus would be the wrong move. Applying “maximum pressure” against state enterprises wholesale, the largest employers in the Soviet-style economy, would undermine the Belarusian protests. One of the protest movement’s strengths—in another contrast to Ukraine’s Euromaidan in 2013-2014—is its broad, apolitical nature, prioritizing free and fair elections above any specific or regionalist political program. This has resulted in a broad coalition of democratic activists across the country. A hard sanctions intervention could squander this strength: The United States should ruthlessly target Lukashenko and his enablers but do no harm to the coalition striving for Belarusian democracy.

Therefore, it would benefit the administration to clarify that its response is not about—and not against—Russia. NATO’s peaceful intentions will fall on deaf ears in the Kremlin. Nevertheless, making clear that the West is not out to cleave Moscow’s strategic ally can help forestall a Russian intervention. In other words, now is not the time to impose an ‘East or West’ dichotomy on Belarus. Doing so would play into Lukashenko’s ‘enemy at the gates’ distraction campaign and can fracture the fight for democracy.

The crisis may still fester when either President Trump or Joseph Biden is inaugurated. Lukashenko’s embattled government may drag on before his waning sources of power—the security forces’ loyalty, support from the rural and state-economy electorate, and his personal authority—are severed. In preparing for Lukashenko’s exit, not repeating the anti-Maduro playbook in Belarus would be a good start. As Congress drafts sanctions, Washington can keep three policy goals in mind: take all reasonable measures to tempt Moscow away from military intervention; support the apolitical civil society without injecting East-West politics into the next real Belarusian election; and crack down on any remaining semblance of Lukashenko’s legitimacy. The alternative—and Russia likely knows this—is to prolong the agony of a weak autocrat’s transition. 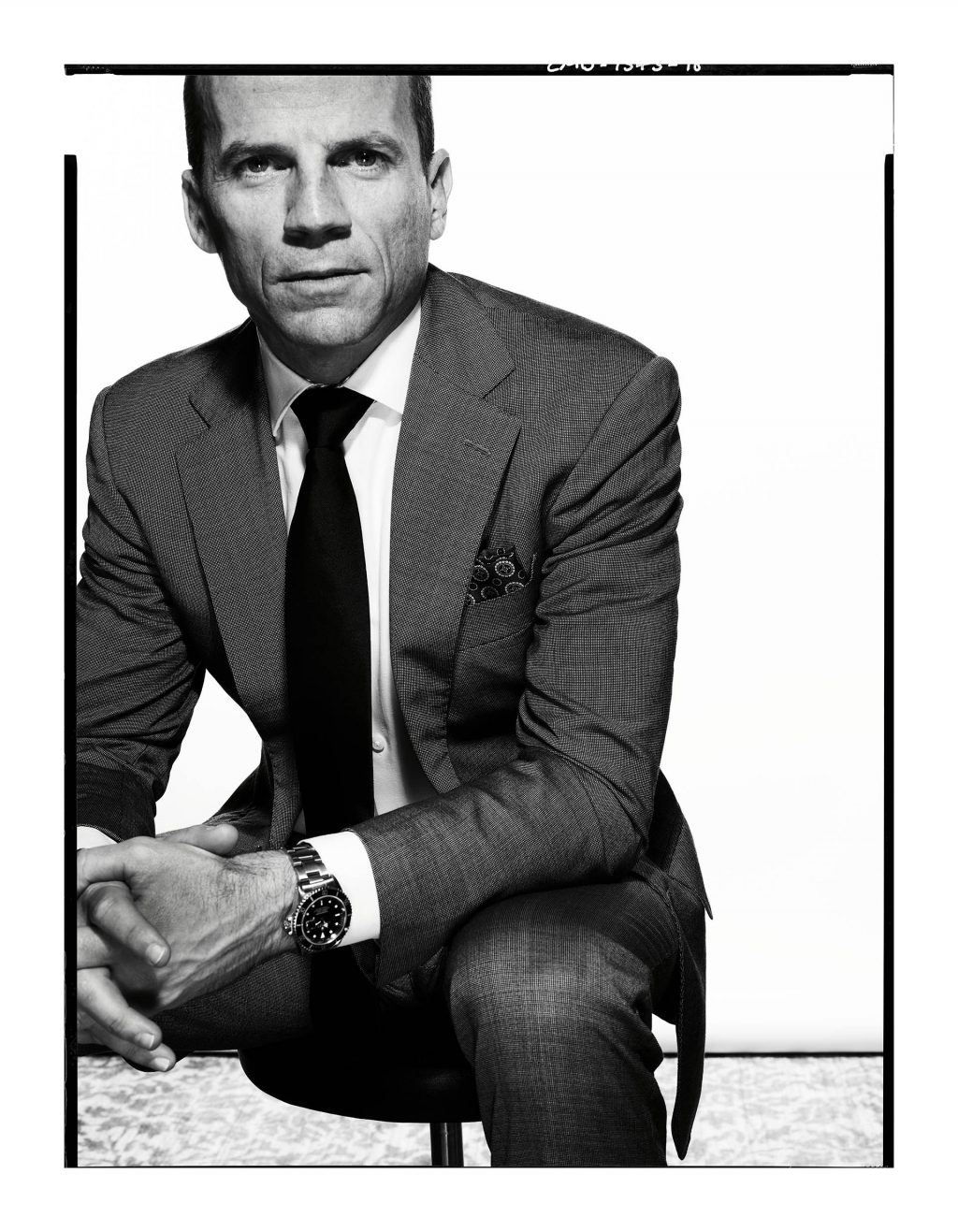