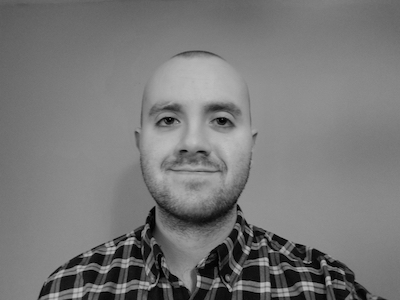 This Academic Incubator column is part of a Cipher Brief academic partnership program that presents insights on global security-related issues from the next generation of national security leaders.

Today’s author is Jonathan Hoffman, who is a political science Ph.D. student at George Mason University.

The conflict in Libya continues to escalate at a dramatic pace. The introduction of Russian mercenaries to the war in support of Khalifa Haftar and the Libyan National Army (LNA) has added another deadly dimension to a conflict that has already claimed the lives of thousands. Amid a renewed LNA offensive to seize the capital Tripoli, the U.N.-recognized Government of National Accord (GNA) – which is opposed to Haftar and the LNA –  has requested direct military assistance from its ally Turkey. Turkey’s parliament approved a formal bill requesting the deployment of military personnel to Libya on January 2, 2020, and troops have already begun deploying to the conflict zone. The world is now holding its breath in the face of the possibility of another Syria-like conflict in the region, which holds the potential of drawing regional and international powers into direct conflict.

Despite the conflict receiving ample coverage in both media and policy circles, there has been scant recognition of the broader regional geopolitical context within which the Libyan conflict is unfolding. Foreign involvement in Libya’s civil war is representative of a broader regional geopolitical conflict that has its roots in the 2011 Arab Uprisings and their aftermath. This competition for control over the regional balance of power is between what can be called the “activists” and the “counterrevolutionaries.” While both of these camps supported the effort to remove Muammar Gadhafi in Libya due to their shared aversion for the Libyan ruler, and the UAE and Qatar both participated directly in the 2011 NATO intervention against the regime, this regional rivalry has dominated the political landscape within post-Gaddafi Libya. Though these attempts to exert influence in Libya are similar to other national theaters in which both camps sought to advance their interests by backing an array of different actors – such as in Egypt after the fall of Hosni Mubarak and later the removal of Mohamed Morsi – there is an important difference in Libya. There, an armed conflict followed the virtual disintegration of the Libyan state. Rather than simply doling out economic and diplomatic support, Libya quickly spiraled into a deadly proxy conflict, and countries on both sides of this rivalry have repeatedly violated U.N. arms embargos in pursuit of their respective interests.

The “activists” are those regional states – Turkey and Qatar – that have sought greater independence in their foreign policy agendas and generally supported the revolutionary currents throughout the 2011 Arab Uprisings and their aftermath. The uprisings presented both states with the opportunity to utilize more proactive foreign policies to potentially tip the regional balance of power in their favor. Both Qatar and Turkey sought the advancement of their interests by primarily supporting an array of different Islamist actors, particularly the Muslim Brotherhood and its various regional offshoots.

Opposed to this camp are the “counterrevolutionaries” – Saudi Arabia, the United Arab Emirates, and post-2013 Egypt – all of whom have generally sought to quell the tide of popular activism and return to the pre-uprisings status quo. In contrast to Qatar and Turkey, the Saudis and Emiratis viewed the uprisings as an existential threat to their own domestic authority and legitimacy, as well as their geopolitical standing in the region. Both the Saudis and Emiratis were particularly averse to political Islamist movements in the region associated with the Muslim Brotherhood gaining power due to the threat the group posed domestically to these regimes. Therefore, these states primarily casted their lot behind preexisting regional power structures. The purpose of this decision was two-fold: to preserve the regional authoritarian status quo and to prevent their adversaries from gaining geopolitically through the vacuums that would emerge should various longstanding autocrats be removed.

Turkey and Qatar have poured money and weapons into Libya. Much of this support has gone to Libya Dawn, which “is to a large extent a Muslim Brotherhood-led coalition of Islamist forces and militias from Misrata.” As the Libyan conflict continued – and more recently as Haftar and the LNA have made their push towards taking Tripoli – Turkey and Qatar have continued to support those actors aligned against Haftar, mainly the Government of National Accord (GNA). Both Turkey and Qatar have continued to provide weapons to the GNA in their efforts against Haftar. For example, Turkey has provided drones to different Turkish-and-Qatari-backed parties, as well as the alleged deployment of Turkish operators to fly them. More recently, Turkey signed two agreements with the GNA, one on security and military cooperation, and the other on maritime boundaries in the Eastern Mediterranean. Following the ratification of the maritime deal between the two countries – which seeks to create an exclusive economic zone from Turkey’s southern Mediterranean to Libya’s northern coast – a Turkish official claimed that Turkey aims to send its navy to protect Tripoli and train troops loyal to Prime Minister Fayez al-Sarraj and the GNA. Moreover, Turkey is reportedly considering sending allied Syrian fighters to aid the GNA in its fight against Haftar, and the UK-based Syrian Observatory for Human Rights has said that as many as 500 Turkmen Syrian fighters have already been recruited for the operation.

Unlike Qatar and Turkey, who have backed Libya Dawn and other Islamist actors, the counterrevolutionaries have supported the Libyan National Army under the leadership of General Khalifa Haftar. Furthermore, they have continued to back Haftar and the LNA in opposition to the U.N.-recognized Government of National Accord (GNA). Both Egypt and the UAE have provided extensive amounts of advanced weaponry to Haftar, including attack helicopters, armored personnel carriers, and other arms and ammunition.  Support for Haftar has also included direct military support for the LNA, with both Egypt and the UAE conducting airstrikes in Libya against Haftar’s rivals, including the Qatari-and-Turkish-backed Libya Dawn. This is in addition to the presence of a UAE forward operating base in the eastern part of the country, as well as Egypt reportedly having sent dozens of its special forces to support Haftar. Most recently, Haftar has embarked on a new push to capture the capital city of Tripoli, a campaign which is likewise backed by the counterrevolutionary bloc. In fact, shortly before the venture began, Haftar was hosted by King Salman in Saudi Arabia and the kingdom reportedly promised tens of millions of dollars to help pay for the offensive to seize Tripoli. The Saudis have also leveraged their connections with various salafi groups within Libya, some of which maintain a close relationship with Haftar and are in opposition to religio-political ideology of the Muslim Brotherhood. The efforts of the counterrevolutionaries are now also being buttressed by both Russian and Sudanese mercenaries joining the fight to aid Haftar.

Turkey’s latest decision to deploy troops to Libya in support of the GNA must be viewed though the lens of the context described by this report. As Russian and Sudanese mercenaries have increasingly tipped the scale in favor of Haftar and his counterrevolutionary allies, Turkey is now moving to salvage what is left of the activists’ efforts in Libya. The challenge moving forward will be for international actors seeking an end to the conflict to gain leverage over these regional actors in order to reign in their adventurist policies and prevent others from joining the war. Although the end is uncertain, one thing for sure is that the Libyan conflict is likely to become deadlier, more complex, and prolonged.

ABOUT THE HAYDEN CENTER: The threats to global security rarely have been so great in scope and number as they are now—in such a complex, complicated world, intelligence never has been more vital. The Michael V. Hayden Center for Intelligence, Policy, and International Security at George Mason University’s Schar School of Policy and Government provides for the full examination of intelligence and its interplay with U.S. national security, providing recommendations and solutions to decision makers that are based on expert observations gleaned from years of experience. haydencenter.gmu.edu

Matthew Fay is The Cipher Brief’s Student Liaison with The Hayden Center at GMU. Fay is a PhD student in the political science program at the Schar School of Policy and Government at George Mason University and the graduate assistant for the Hayden Center for Intelligence, Policy, and International Security. His research focuses on military change and military effectiveness.

The Author is Jonathan Hoffman