With ongoing and often frustrating nuclear negotiations between the U.S. and North Korea and heightened tensions between nuclear neighbors India and Pakistan over Kashmir, having a clear picture of a nation’s nuclear capabilities and how often they are testing them provides critical national security information.

A fundamental building block of national security is science. Imagine that scientists detect some sort of underground explosion near North Korea, for example.  Since North Korea is known for testing nuclear devices underground, it would be important for U.S. intelligence agencies to understand whether the detected explosion was the result of an earthquake, or a nuclear test.

Researchers at Sandia National Laboratories, along with a host of other national security scientists, have just completed a series of experiments that can help do just that, which is expected to advance the U.S.’ ability to both monitor and verify whether other nations are keeping their nuclear commitments.

The nine-year-project called the Source Physics Experiments was prompted by the observation that some foreign underground nuclear tests looked more like earthquakes than previous nuclear explosions, indicating that there was a knowledge gap that needed to be filled.

The Cipher Brief spoke with the Science Lead for the project from Sandia National Labs, Rob Abbott, about the collaborative effort between Sandia, the National Nuclear Security Administration, Lawrence Livermore National Lab, Los Alamos National Lab, and the contractor who is running the Nevada National Security site in Nevada called MSTS.  Abbott is one of the original proposers of the project, so we started by asking him what prompted the study back in 2010.

Abbott:  The U.S. stopped nuclear testing in the early 90s and there have been a few nuclear tests in Pakistan and India and North Korea since then. But technology has changed a lot since the early 90s, so we saw an opportunity to understand more about the physics of explosions, based on modeling, computer capabilities, et cetera. But also, what we determined is that a lot of our understanding of what makes an earthquake different from an explosion was based on empirical evidence, from our experiences of recording them at a very few locations on the earth. Most of the well-recorded explosions from seismology and infrasound perspective, took place at a very small set of regions in places like our test sites in Nevada, the ones in the former Soviet Union, and China. So, we wanted to know whether this empirical knowledge could be extended globally so that you can take an explosion anywhere on the earth and be able to discriminate that event from an earthquake? And we came to conclusion that we could not do that for certain. There would be aspects of it that we would not be able to explain. 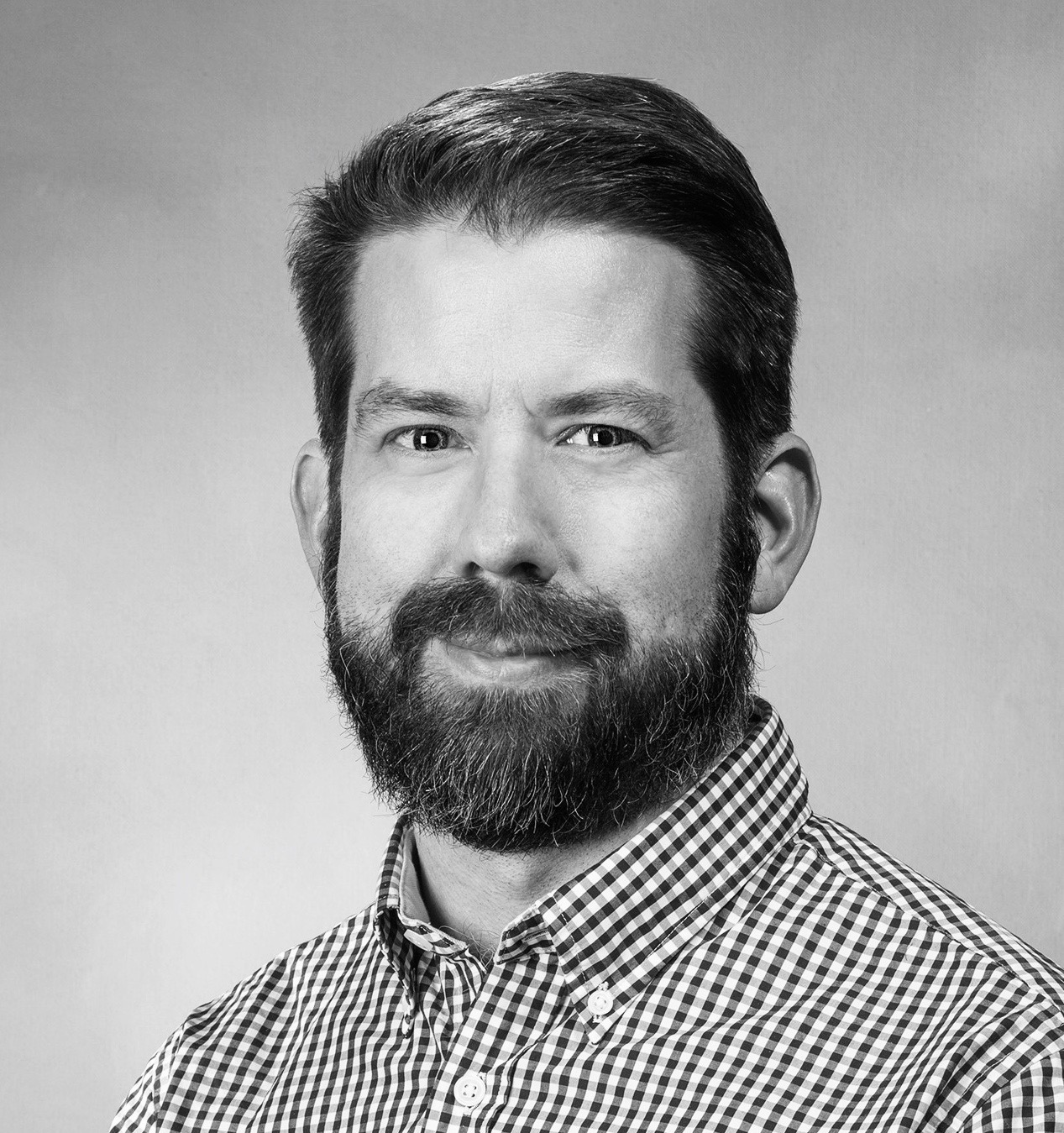 “The idea was to create this set of experiments from the ground up. It was designed to understand from a physics perspective, the differences between what causes the partitioning of energy, namely P waves and S waves, in explosions. Whereas our previous knowledge was based on recordings that weren’t designed around that goal.”

The Cipher Brief:  When you talk about some of the technical components of this project, I’d guess most people aren’t familiar with P waves and S waves. Can you explain what those are and why they are so important for this experiment?

Abbott:  The major discriminant between a natural earthquake and a manmade explosion is the partitioning of the energy and two different types of seismic waves, P waves and S waves, also known as compressive waves and shear waves.  For example, in an explosion, starting from a single point, the original motion travels outward in all directions, these are P waves.  Whereas in an earthquake you have small planes that slide past one another. So, you have a greater percentage of energy in the shear, or S waves. You can imagine shear as like two planes or surfaces sliding across each other or you can take your hands and let them slide across from each other and that’s kind of a shear motion. Where an explosion is outward compressive motion. So, the earthquakes have more shear energy relative to P energy when compared to an explosion. Now it’s always been known that explosions also create shear waves. They’re just not as prevalent as the P waves.  We don’t know exactly why this happens, and there are a number of different theories as to how these shear waves arrive from a purely compressive source. But we don’t know the exact details of what mechanisms are important for a certain geology or a certain size or a certain depth of burial. So, we were trying to work out those details using high-fidelity physics codes and using Source Physics Experiments and explosions as ground truth for which to compare the output of a few physics codes to what we’re actually recording.

The Cipher Brief:  And this was a multi-phase project. Was it designed that way, or did it evolve that way over the years?

Abbott:  The reason we’re doing it in two phases is that we’re using two different geologies. In phase one we use a crystal and hard rock granite geology that has a very different response to damage from an explosion than the geology in phase two which was alluvium geology, or soft rock. The crystal and the rock might fracture, and you know, basically get pulverized. Whereas this softer soil, which has a lot more pore space might compress or basically bulk up instead of break. So, if we can match those two types of geologies with our physics codes, the idea is that we can probably match things that are in between those two extremes.

The Cipher Brief:  So, those two specific geologies were chosen deliberately, not as a result of what you had to deal with at the testing sites then?

Abbott:  Yeah, we did choose the location of the testing site based on the fact that we have data from nuclear explosions in both those geologies as well from the previous testing days.

The Cipher Brief:  And the results from the testing have been called “the finest explosion dataset” of this type in the world. Can you explain the significance of what you learned?

Abbott:  There were previously hundreds of nuclear tests performed, but none of them were ever designed from the ground up around geophysical measurements. So, they took geophysical measurements as diagnostics for how a particular device might have worked, but they never actually made understanding the geophysics of it the whole point. We were able to bring more measurements with these tests, a much greater volume, the number of sensors we put out, where we put them out in relation to, was a matter of convenience. We designed the entire program around where the sensors were going to go. And of course, technology marches on from the historical testing days so that now we have better instrumentation, quieter digitizers.

“We created the most extensive variation of source parameters as well. There were 10 explosions from two different geologies and we purposely used the same hole for each phase so that we could cancel out certain things. This is the first experiment that’s really done that in a large sense.”

The Cipher Brief:  Speaking about the hole, I read it was eight feet in diameter and over a thousand feet deep.

Abbott:  That hole got created in the early 80s actually. It was eventually probably going to be used for a nuclear detonation before we stopped testing. And they’ve maintained a number of these holes. They obviously drill them ahead of time and it was probably going to be a test at some point, but when that testing ended, they said, ‘Well let’s keep this thing, because honestly, as you know, it’s quite an engineering feat.’

The Cipher Brief:  And you’re planning to make the results of this testing public at some point. Can you talk about the timing of when that might occur?

The Cipher Brief:  The U.S., just in terms of our own national defense strategy, is entering a period where the focus is more on great power competition. Recently concerns over nuclear instability, and a rising nuclear threat have returned to the public discourse.  The nuclear issue is becoming more front and center when you’re talking about global threats. So, the results of the study that you just wrapped up, could be very timely indeed on a number of fronts. But, what do you expect to be the long-term impact of this study and how do you expect it to be received around the world?

Abbott:  The goal of the study was to improve our capability for determining a natural earthquake and an explosion of some sort, whether it be nuclear or not.  I’m not into nuclear policy, I’m a geophysicist, so it’s not in my job description to worry about policy or threats or anything like that. But our goal was to have greater physics understanding of what’s going on. So that means we’ll have a better estimate, better intelligence as to whether somebody else – Country X – is testing or not and if they are, what might be their parameters of depth of burial and size and what they’re trying to test. So, we are really focused on the physics of it and the details of the explosion rather than maybe a policy issue.

Looking Ahead: The researchers involved with the project say they plan to study the results to determine whether there might be some predictive benefits to their work in the future.